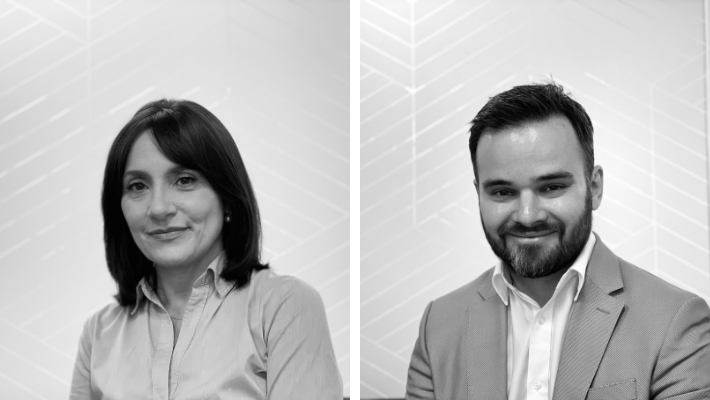 RealD are proud to announce that Karina Neill and Bobbie Andrews have been promoted to the newly created positions of Vice President for the EMEAR region. Neill will take on the role of VP for Sales & Operations, with Andrews becoming VP for Marketing & Commercial.

Karina Neill has an unparalleled record within the business, joining the company in 2009 with 20 years’ global sales experience within the consumer electronics sector. Karina is one of the founding members of the RealD EMEAR team, and over the last 12 years has worked tirelessly to cultivate and establish RealD as the number one 3D brand in the global theatrical film industry. Karina is a true figurehead for the business and is well regarded by industry colleagues in every territory.

Bobbie Andrews joined the company in 2016 as a highly respected industry executive with a vast knowledge of the entertainment business, having worked in exhibition & distribution for over 15 years, including tenures with the EMEA team at 20th Century Fox & UK Marketing department at Cineworld Cinemas. Having initially focused on transforming the marketing strategy of the region, Bobbie progressed to lead many commercial aspects of RealD, including heading up new product launches, such as the incredibly successful Ultimate Screen.

Travis Reid, CEO of RealD said “We are extremely excited about this announcement, and the future of cinema. In the EMEAR region we felt it vital to put in place a new management structure to help meet the needs of our partners as they open their doors once again.” Reid continued. “Karina & Bobbie have a track record of success, delivering results consistently year after year. They work very well together as a true partnership and I have been delighted by the leadership they have shown in uniting the team to pursue excellence. They are a pleasure to work with and have proven relationships with both internal and external stakeholders. It is only right that their hard work and loyalty is rewarded, and with these new positions, we have the very best people occupying key roles within our business for years to come. I know our partners will want to join me in congratulating them both as they start this new chapter of their journey with RealD. “

“Premium ticket formats have never been more important than they are right now.” Said Neill. “With restrictions still in place across many markets in EMEAR and the changing dynamics of film releases, it becomes even more crucial for our customers to maximise the revenue of each seat. This new management structure will help RealD do just that, as we have the largest premium ticket price footprint in the global theatrical industry.”

Andrews said. “Karina and I are both incredibly honoured and humbled by the faith that Travis and the company have placed in us. We are already working hard behind the scenes with the incredible RealD EMEAR team to support our partners in exhibition and distribution with the great upcoming 3D slate, including such amazing titles as Jungle Cruise & Dune.”

About RealD Inc.
Named three times as “Most Innovative Company” by Fast Company, RealD’s mission is to perfect the visual experience on every screen and on every device. RealD pioneered digital 3D cinema and today has the world’s largest 3D cinema platform with well over 2 billion people having experienced a movie in RealD 3D. RealD’s network of theaters includes more than 30,000 installed screens in 75 countries with over 1,200 exhibition partners. As the world’s premier visual technology innovator, RealD designs and licenses cutting-edge technologies that enable a premium viewing experience in the theater, at home and on personal devices.