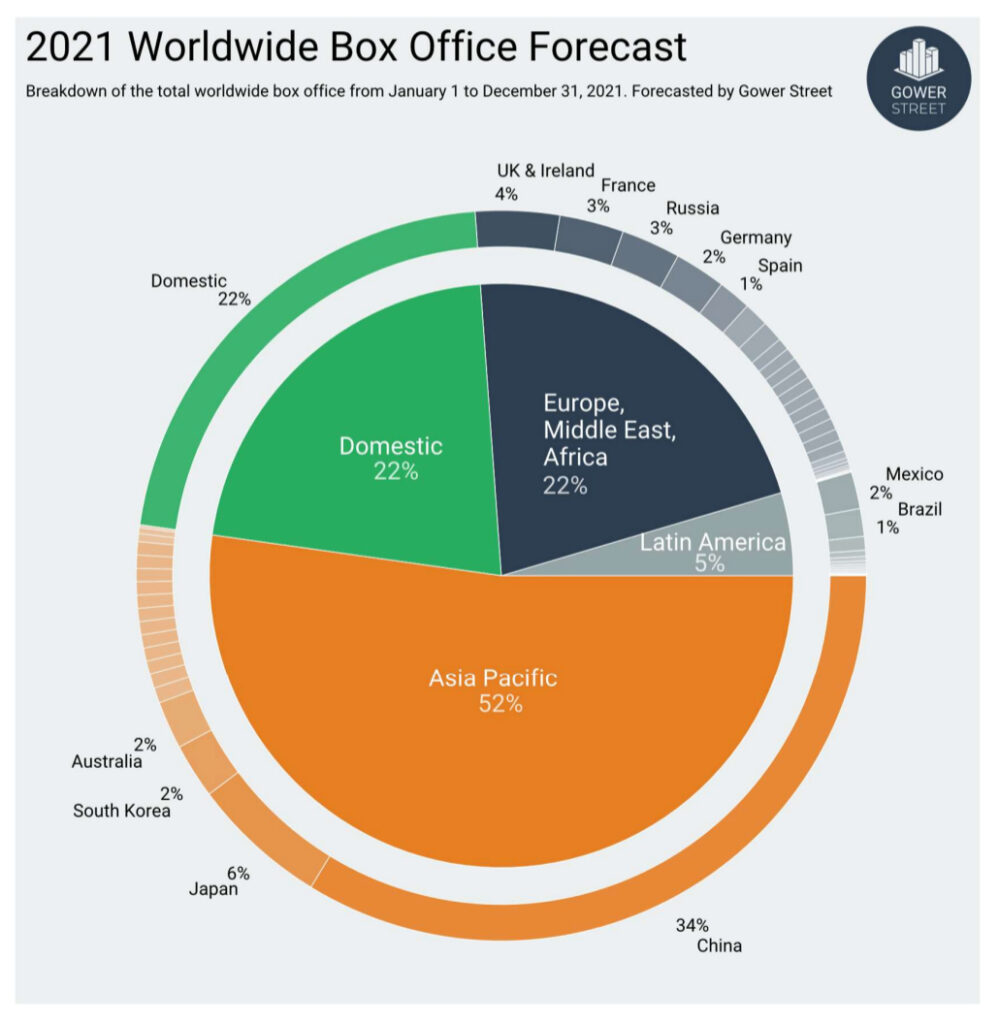 Gower Street Analytics has raised its end of year estimate for global box office in 2021. The estimate has been revised up to $21.6 billion, from a previous estimate of $20.2 billion. Further they anticipate a potential additional upside that could see the current year finish around $22 billion globally. The $21.6 billion estimate would put 2021 80% ahead of 2020, but still 49% behind 2019’s record global tally.

This APAC gain is entirely due to China, which has made further encroachment within the APAC region, with a reduced market share of worldwide box office in the region’s other key markets: Japan, South Korea, and Australia. China is expected to represent nearly 34% of the global box office in 2021, compared to 28% in 2020.

The $1.4 billion gain to the global prediction since our previous estimate, which was based on 8 months of actuals and estimates for the final four months of the year, is primarily due to the blockbuster boost brought about by October. The combined successes of China’s Golden Week holiday, led by “The Battle of Lake Changjin;” James Bond title “No Time To Die;” and Marvel anti-hero sequel “Venom: Letter There Be Carnage,” ramped up cinema-going around the world.

Gower Street’s year-end calculation combines global box office actuals, provided by our partners at Comscore Movies, with monthly forward-projections by market based on our predictive box office service Forecast and analyst assessment. All projection figures are based on the current release calendar.