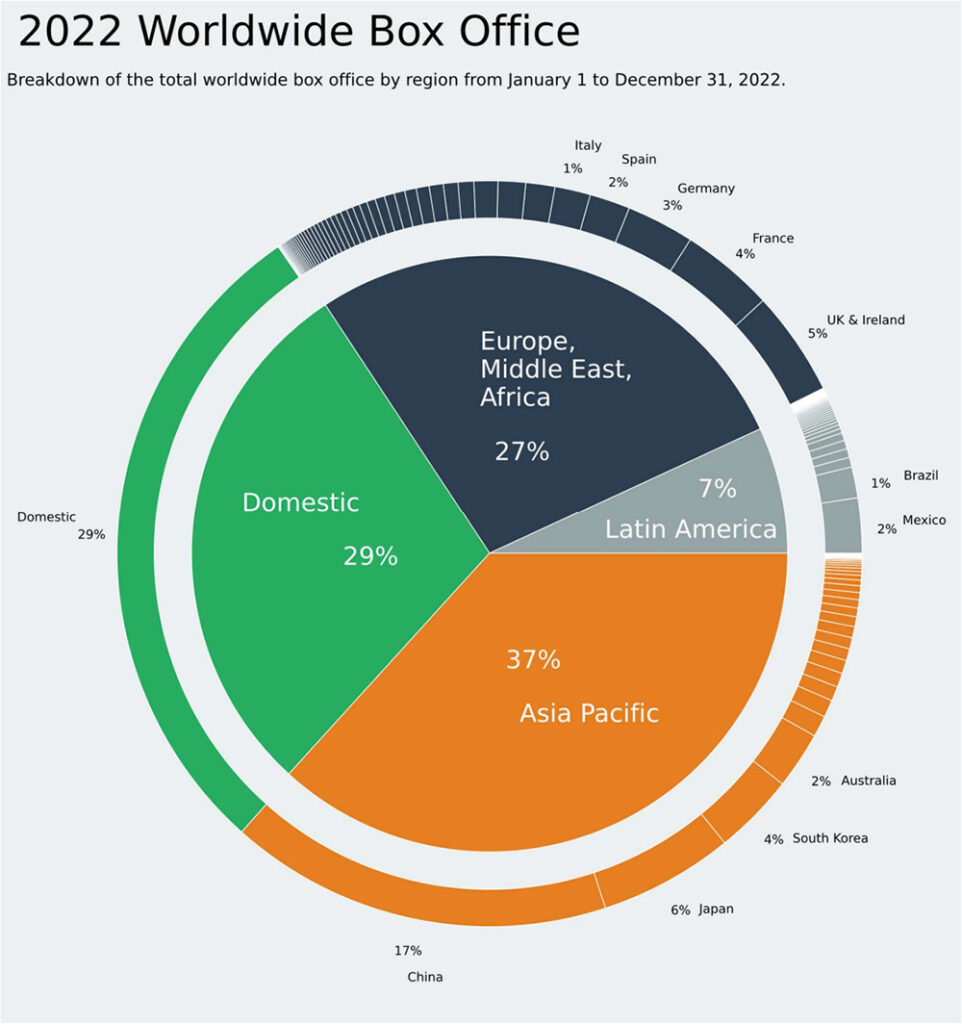 Gower Street Analytics estimates 2022 Global box office hit $25.9 billion through December 31. This represented a +27% gain on 2021, continuing global box office recovery. However, it still shows a significant way to go to return to pre-pandemic levels, coming in -35% behind the average of the last three pre-pandemic years (2017-2019) – a loss of approximately USD $14 billion at current exchange rates.

Having claimed the global #1 ranking in both 2020 and 2021 China relinquished that title back to the Domestic market this past year. According to the latest data from our partners at Comscore Movies, the Domestic market delivered an estimated $7.5 billion in 2022, +65% against 2021 and also -35% behind the 2017-2019 average. China is calculated to have finished at approximately $4.33 billion, putting it -36% behind 2021. It is one of only three markets Comscore and Gower Street track to show a year-on-year loss. China finished at close to half (-49%) its pre-pandemic three-year average.

Japan was the star market of 2022 coming in just -9.4% behind its pre-pandemic average with an estimated USD $1.5 billion. In contrast the weakest market tracked, in terms of comparison to pre pandemic business, was Russia. The Eastern European major delivered an estimated USD $310 million in 2022, a drop of -43% on 2021 and a massive -57% behind pre-pandemic business. This dropped Russia out of the Top 5 EMEA markets.