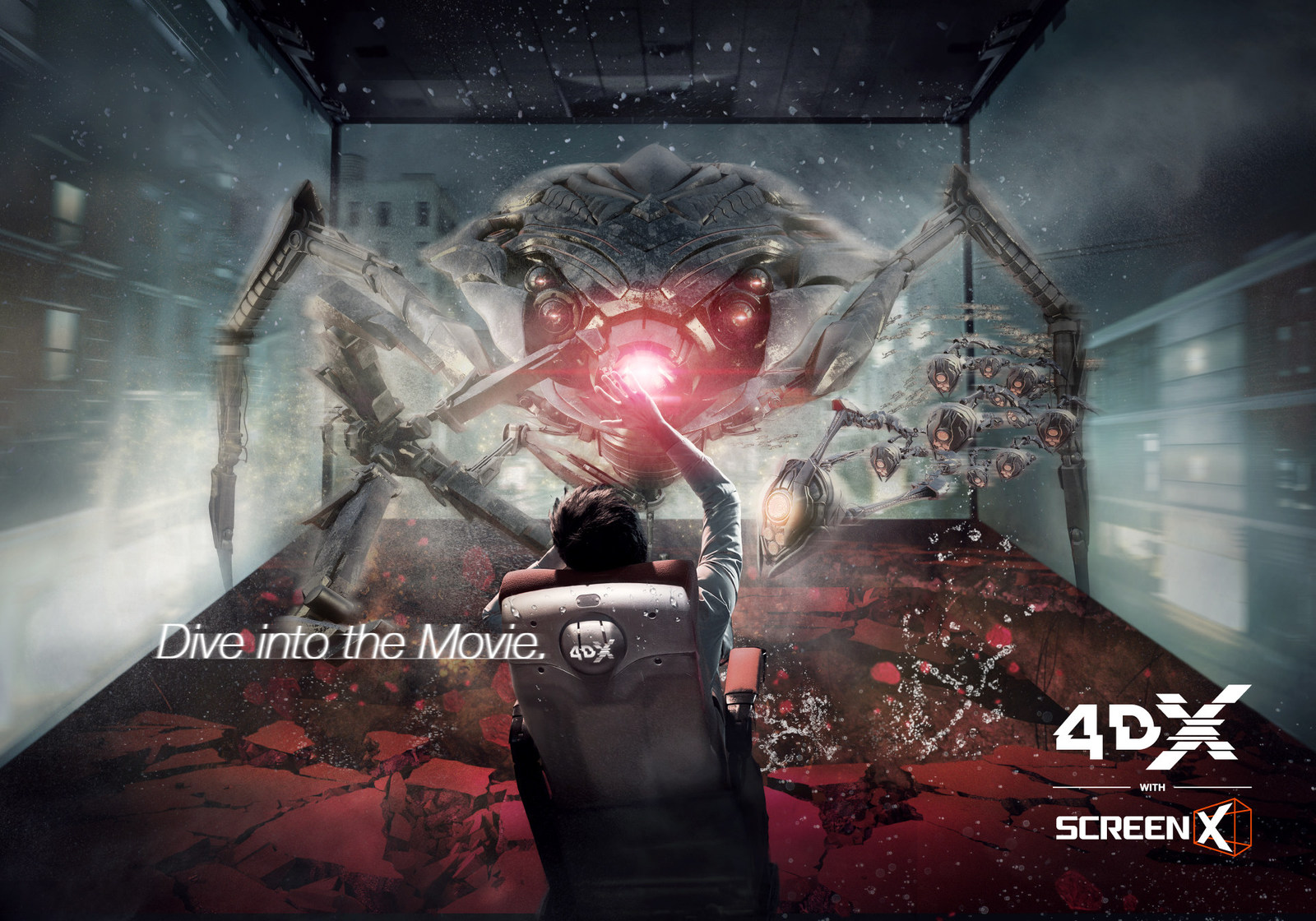 The first European ‘4DX with ScreenX’ site is at Beaugrenelle shopping mall in Paris. The state-of-the-art Pathé Beaugrenelle theatre, part of the Les Cinémas Pathé Gaumont, the leading theatrical exhibition company in France, the Switzerland and Netherlands, is located in the center of Paris in the 15th arrondissement on the banks of the Seine River and near the Eiffel Tower.

Since the first opening in South Korea last July, the movies released in ‘4DX with ScreenX’ have recorded greater box office numbers than the 2D format, and have seen an overall occupancy rate of 40%.

“This is an incredible benchmark for our company to be launching the first European ‘4DX with ScreenX’ site in one of the most iconic cities — Paris, France, with such great collaborators as Les Cinemas Pathe Gaumont and Walt Disney Studios,” said Byung-Hwan Choi, CEO of CJ 4DPLEX. “Movie-goers around the globe won’t have long to wait for this movie experience as we are committed to a rapid expansion that will bring this cutting-edge format to consumers around the world.”

“Our business has been built on providing the best movie experience to movie-goers. Our decision to launch ‘4DX with ScreenX’ forms an integral part of our innovation and upgrading strategy, by which we aim to offer movie-goers an increasingly intense and immersive cinema experience,” said Martine Odillard, Chairman of Les Cinemas Pathe Gaumont.

Last December CJ 4DPLEX and Les Cinemas Pathe Gaumont announced an expanded partnership through which they will collectively open at least 50 4DX locations in Europe by 2020.

What is ‘4DX with ScreenX’?

‘4DX with ScreenX’ eliminates the boundaries between movie viewing behavior and the format. Moviegoers were always at the crossroads in selecting which format they should choose to enjoy a movie with. ‘4DX with ScreenX’ created a whole new experience value to fulfill their desire to watch a movie on an even wider 270-degree panoramic screen and get an even more dynamic movie-viewing experience at the same time.

Combining the two, ‘4DX with ScreenX’ creates a remarkable, one-of-a-kind experience and a natural convergence of two technologies that are rapidly spreading around the world and growing in popularity.

Les Cinemas Pathe Gaumont strategy of upgrading and modernizing is based on an active policy of creation, reconstruction, and renovation, constant innovation with the latest technologies, new and adapted services and an optimized viewer experience, at the cinema and online. Les Cinemas Pathe Gaumont is owned by Pathe, one of the biggest film producers in Europe and a major player in film distribution.

Marvel Studios’ Ant-Man and The Wasp
From the Marvel Cinematic Universe comes “Ant-Man and The Wasp,” a new chapter featuring heroes with the astonishing ability to shrink. In the aftermath of “Captain America: Civil War,” Scott Lang grapples with the consequences of his choices as both a Super Hero and a father. As he struggles to rebalance his home life with his responsibilities as Ant-Man, he’s confronted by Hope van Dyne and Dr. Hank Pym with an urgent new mission. Scott must once again put on the suit and learn to fight alongside The Wasp as the team works together to uncover secrets from the past.