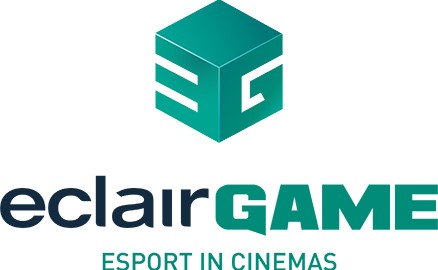 EclairGame, the new eSports-based entertainment solution for cinemas from Ymagis Group (FR0011471291, MAGIS, PEA-PME, TECH 40), the European specialist in digital technologies for the film industry, and Les Cinémas Gaumont Pathé are strengthening their partnership established in December 2017, with the expansion of the competitions in the Fifa Tour 2018 championship to the Pathé Carré de Soie cinema in Vaulx-en-Velin and the Gaumont Montpellier Multiplex and Gaumont Wilson in Toulouse in addition to the Pathé La Villette cinema in Paris.

Like CinéSessions, this nationwide championship helps make the concept of offline video game championships available to the widest possible audience, with the added benefit of the comfort, conviviality and interactivity of a cinema auditorium, and the latest digital projection technologies.

“There is no longer the need for players to go to Paris. The championship comes to them. It is accessible to everyone, everywhere in France!” explains Vincent Bruère, the manager of the EclairGame project. “The championship is accessible to everyone throughout France. There are five qualifying phases before the grand final in Paris. You don’t need to be a pro to take part in the Fifa Tour 2018, the little brother of our CinéSessions. Here everyone has a chance of winning, whatever their level. The most important thing is to enjoy a fun time in a cinema.”

For Jacques Durand, Manager in charge of upgrading Les Cinémas Gaumont Pathé, “This is an original, ambitious project we are running in partnership with EclairGame. The concept is unique: players meet over several sessions in Vaulx-en-Velin, Montpellier, Toulouse and Paris and compete in the cinema, with the gaming consoles installed on the seats in the auditorium. We equip each of the auditoriums with the most suitable infrastructure to offer players the ideal conditions for a competition and live show. The six winners in each session will then be invited to take part in the grand final in Paris at the Pathé La Villette.”

17 May in Paris – Pathé La Villette

31 May in Toulouse – Gaumont Wilson

Two places for the final will also be available to be won during an online competition.

Online registration and the terms and conditions of the competition are available at the following address: www.eclairgame.com

EclairGame is the new eSports-based entertainment solution for cinemas from Ymagis Group, the European specialist in digital technologies for the film industry. To attract a local public keen to enjoy this new form of entertainment, EclairGame enables amateur and professional eSport fans to take part in championships or undertake training sessions in today’s most popular video games in the comfort of a cinema auditorium. Through CinemaNext and Eclair, Ymagis Group provides cutting-edge services to cinema exhibitors, producers, distributors (feature films and event cinema), producers, right-holders, cinema/TV advertising networks, broadcasters, OTT platforms and video publishers. The Group is constantly expanding its portfolio of innovative solutions – HDR EclairColor technology, Premium Sphera cinema and EclairPlay download platform – while continuing to develop its international network with offices in 26 countries.