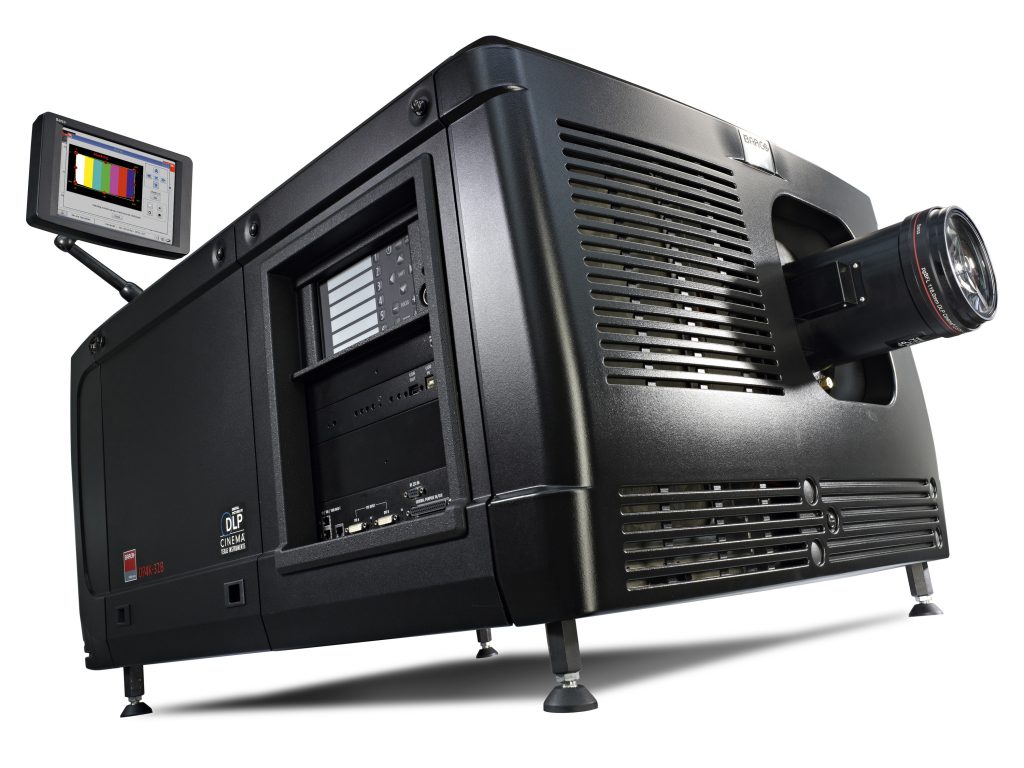 Cinema technology leader Barco proudly reports a growing demand for its laser projection products around the world. While an increasing number of cinemas choose to install one or more laser-illuminated projectors, the number of all-Barco laser cinemas is also growing rapidly: more than 50 theater complexes, including 20 in EMEA, are now all-Barco laser multiplexes. These sites utilize a combination of Barco Flagship Laser and Smart Laser projectors to provide their audiences with the best possible movie experiences while optimizing TCO.

As the market has come to embrace laser-powered projection as the new norm, Barco has responded with the largest and most comprehensive portfolio of laser projectors in the industry. To provide exhibitors with a perfect match for every screen that meets all their needs, Barco’s laser offering now includes 15 projectors: six Flagship Laser and nine Smart Laser projectors. The portfolio’s attractive total cost of ownership – high image quality, no lamps, low power consumption, long lifetime, and low maintenance – has enabled the rise of all-laser multiplexes. Today, more than 50 multiplexes have chosen Barco as their laser partner, outfitting every one of their theaters with Barco Flagship and/or Smart Laser projectors. The growth was even more impressive in EMEA, where the number of all-laser cinemas grew from 1 to 20 in less than a year.

EMEA: 20 all-laser multiplexes
The ten-screen Kinepolis multiplex in Breda, the Netherlands, was the very first Western European cinema to go all-laser. As a trusted partner to the leading Kinepolis cinema group, Barco was proud to install one Flagship Laser and nine Smart Laser projectors at the new multiplex in August 2016. “We see that quite a few visitors come from outside Breda specifically to experience the magic that our laser concept brings,” said Vicky Vekemans, theater manager. “Moreover, laser projection helps us cut energy costs by 30%, while we also save on lamps and on staff to replace them.”

The power behind Premium
The all-laser installation at Reel Cinemas, which opened in 2016, might be one of the most remarkable ones, as the Reel Cinema at the Dubai Mall features only Flagship Laser projectors – for 22 Flagship-equipped screens in total. Other cinema groups choose one or two Barco Flagship Laser projectors for their premium auditoriums; they deliver mind-blowing image quality – outstanding brightness, high contrast, uniformity and superior color performance – that ensures a second-to-none, truly immersive movie experience.

Worldwide, a growing number of cinema chains have chosen to install one or two Premium Large Format (PLF) screens: in 2016, the number of PLF screens grew by 11%. EMEA-based cinemas feature 295 exhibitor-branded PLF screens, over 40% of which are already equipped with Barco Flagship Laser projectors (120 installations).

The intelligence behind Smart Laser
Barco’s Smart Laser projectors perfectly complement the top-of-range Flagship Laser series. This new projector range – of which more than 1,750 units have already been installed in the past year – combines top-quality projection with simplified operations and significantly lower TCO. Cinema circuits further appreciate the option to upgrade their installed base of lamp-based projectors to laser-based systems in the field. By combining its complete series of Smart Laser cinema projectors with its Flagship Laser line, Barco is rapidly enabling a wide array of all-laser multiplexes and all-laser circuits.

Laser + more game-changing technology
By combining its laser portfolio with other groundbreaking technologies, such as the three-screen Escape panoramic format, immersive sound and the Barco Lobby Experience, Barco seeks to enhance the moviegoing experience at every touchpoint and, as such, draw more people to the movies, more often.

“We are delighted to see how cinemas around the world are embracing our laser solutions to streamline operations, bring costs down and take the cinema experience to the next level,” comments Stijn Henderickx, Vice President of Cinema at Barco. “We strongly believe that this is the future of the cinema industry.”

Join us in Barcelona
At CineEurope, Barco will be showcasing its entire portfolio of digital cinema solutions – from laser projection to the innovative Lobby Experience, which it will showcase in close collaboration with Coca-Cola, at the CineEurope Coca-Cola Lounge. Make a point to see:

About Barco
Barco designs technology to enable bright outcomes around the world. Seeing beyond the image, we develop sight, sound, and sharing solutions to help you work together, share insights, and wow audiences. Our focus is on three core markets: Enterprise (from meeting and control rooms to corporate spaces), Healthcare (from the radiology department to the operating room), and Entertainment (from movie theaters to live events and attractions). In 2016, we realized sales of 1.102 billion euro. We have a team of 3,500 employees located in 90 countries, whose passion for technology is captured in 400 granted patents.