With cinemas re-opening all over the world, but major Hollywood tentpoles either repeatedly postponed or going straight-to-VoD, returning moviegoers have had to make do with holdover titles (“1917,” “Little Women”) and older re-releases (“Jaws” and “Jurassic Park” topped North American charts last weekend). Several smaller US films from independent studios had hoped to steal a march on bigger blockbusters with opportunistically early premieres. Yet the first new cinema release to pass one million admissions since the COVID-19 outbreak is “#Alive,” a South Korean zombie film that amazingly achieved the milestone during its first week of theatrical release.

When Warner Bros. and Disney announced within days of each other that both “Tenet” and “Mulan” would be delayed (again!) by two weeks to 12 August and four weeks to 21 August respectively, a creeping despair set in amongst cinema operators who faced the prospect of a summer with nothing but re-releases. Even smaller titles such as Solstice Studio’s “Unhinged” decided to play it safe by shifting its release from 10 July to 31 July. This left smaller titles like “The Broken Heart’s Gallery” and “Saint Maud” as the only significant new title to release in July (both on the 17th). Meanwhile overseas markets like France have had to make do with re-releases of films from titles from earlier in the year and foreign films that had their local release delayed by the COVID-19 pandemic.

With South Korea being one of a handful of territories that never fully closed all of its cinemas (similar to Taiwan and Sweden), the country nevertheless saw dwindling audience numbers for older titles. May saw just 1.5 million cinema tickets sold, compared to 17 million in January, though a slight improvement on the 970,000 admissions in May. This forced the country’s three major chains to mothball several of their multiplexes – CJ CGV stopped operating 35 of its 116 theaters or 30% – as the share price of  CJ CGV and Megabox fell by 38.7% and 23% respectively from the beginning of the year. 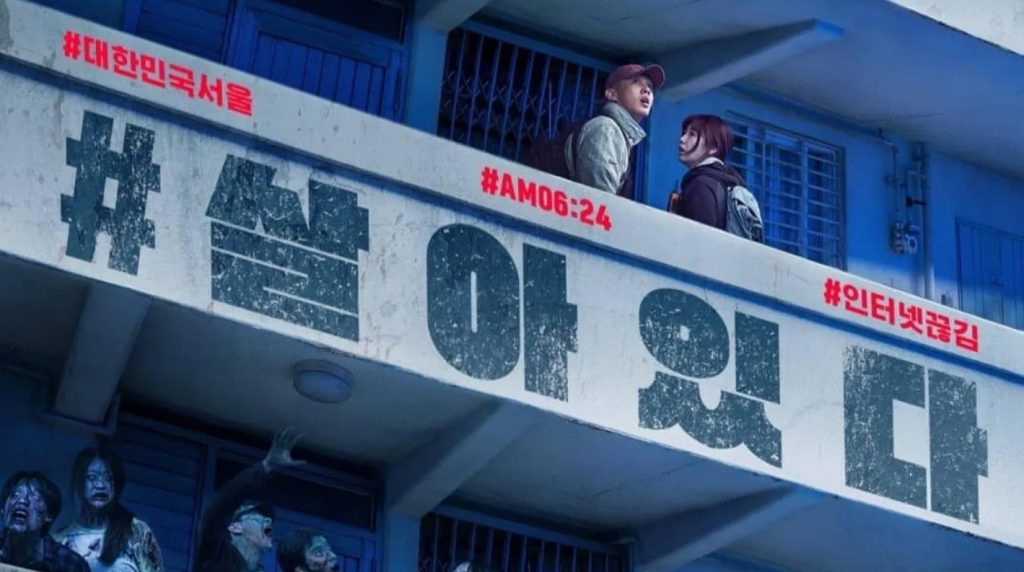 A detail from the poster for the South Korean film “#Alive”.

During this time, Korean cinemas readied to re-open with enhanced safety and sanitation procedures such as touchless point-of-sale and concessions, QR registration for contact tracing and robots to guide audiences through multiplexes. And for the past few weeks cinemas in South Korea saw a steady increase in visitors, helped by the half-price ticket KOFIC (Korean Film Council) industry initiative. The discounted cinema ticket scheme in Korea became such a success that it was extended from three to four weeks until 28 June; 1.33 million of the KRW ?6,000 (USD $4.95) discount coupons had been distributed as of the start of this week and helped push up cinema attendance.

South Korea topped last week’s global box office cinema chart with a total gross of USD $4.05 for its top ten titles, with Sony’s local production “Innocence” in first place and local mystery title “Me and Me” in second place. There was thus great hopes attached to the Wednesday 24th of June opening of distributor’s Lotte’s “#Alive”, starring actors Yoo Ah-in and Park Shin-hye. Following the success of the movie “Train to Busan” (10 million admissions in South Korea alone) and the Netflix series “Kingdom,” there were great hopes for this latest addition to the K-zombie genre. But would a story of a mass infection uprising of the undead appeal in country that was one of the first outside China to be hit by the coronavirus pandemic?

With two of Korea’s most in-demand and charismatic young actors there was clearly a fan army waiting to over-run multiplexes. On its first day of release (Wednesday, 24 June) the film sold 204,074 tickets, representing 62% of the Korean box office. The momentum was sustained with 148,990 tickets sold on Thursday and 156,567 on Friday, but exploded to 294,262 admissions on Saturday 27 June. This meant the film would just have to sell 196,109 today (Sunday) to cross one million admissions in its first five days of release. This magic number was achieved between 17:00 and 19:00 local time in Korea. It thus became the first million-ticket blockbuster of the COVID-19 era and the first film in Korea to reach the one million mark since February 2020, before the pandemic. 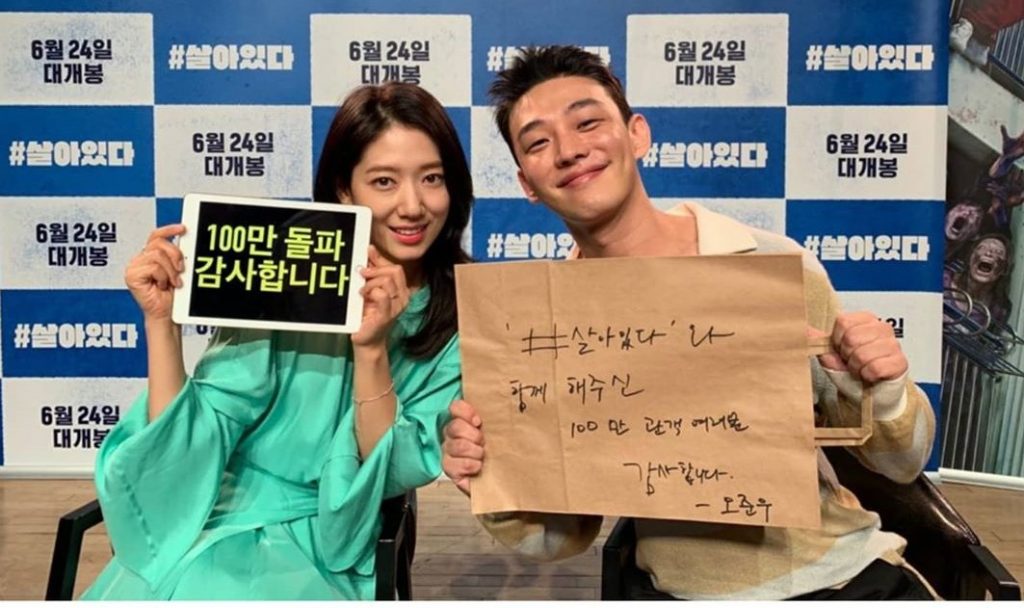 The lead actors of “#Alive” celebrate the film’s success and thank their fans. (Photo: Lotte)

The plot of “#Alive” is described by Wikipedia as follows: “A city was infected by a mysterious virus, which causes the city getting out of control and being closed-off, leaving two survivors completely isolated and struggle to live in the critical situation.” Interestingly it is based on an original script by Hollywood screenwriter Matt Naylor, whose previous credits had been documentaries (“Small Business Revolution: Main Street”) and shorts, who worked with director Cho Il-hyung (also known as IL CHO) to adapt it for the Korean market. The movie was produced by Lotte Entertainment together with ZIP Entertainment and US-based Perspective Pictures.

Korea was the world’s fifth largest cinema market in 2019 on the back of strong local business. Nothing demonstrated the the Korean success in 2019 like the twin Cannes Palm d’Or and Best Picture Oscar wins for “Parasite,” which crossed over from critical acclaim to popular success, becoming the biggest non-English film of all time in both the United Kingdom and US. It thus seems particularly appropriate the Korea should revive global cinemas from the (almost) dead with a film about the rise of the undead. Korea demonstrates that far from being killed off by COVID-19 and streaming, cinema is indeed very much #Alive.