Cinema Tech Innovators is a series where Celluloid Junkie profiles small innovators looking to make a big difference in the world of cinema. These are companies working in online, technology, social media and other spheres to enhance and expand the big screen experience. They are typically start-ups driven by passion and ingenuity, trying to bring change to an industry that has survived for 120 years through gradual evolution and incremental change. They are not disruptors but enablers.

What: Describing itself as ‘the Augmented Audio Company’ Flexound‘s slogan is “let your skin do the listening,” which is exactly what its products do. Through clever use of technology it adds the sensation of touch to audio-visual or listening experiences, primarily through seats or pillows. In can be incorporated into car or cinema seats, offering a more subtle immersive experience than traditional 4D-type cinema seating, through binaural stereo and a subtle sensation of touch for any seat.

Where: Based in Espoo, Finland’s second largest city/municipality, located near the capital Helsinki, Flexound showcased its technology for the first time this year at the CineEurope trade show floor. Word-of-mouth amongst attendees soon spread, generating good foot traffic. The company has not yet installed its technology in any cinema auditoriums, but we would not be surprised to see it appear in one or more before the end of this year.

Who: Flexound was founded by CEO Mervi Heinaro together with Tommi Immonen and inventor Jukka Linjama, who has a PhD in acoustics and is also a violinist. Together the team created “a young growth-hungry Finnish start-up company whose mission is to create magic sound & feel experiences,” in 2013 “under the amazing Finnish aurora borealis.” The company recently partnered the Beijing-based COMB+ to help the product tap into the China market. 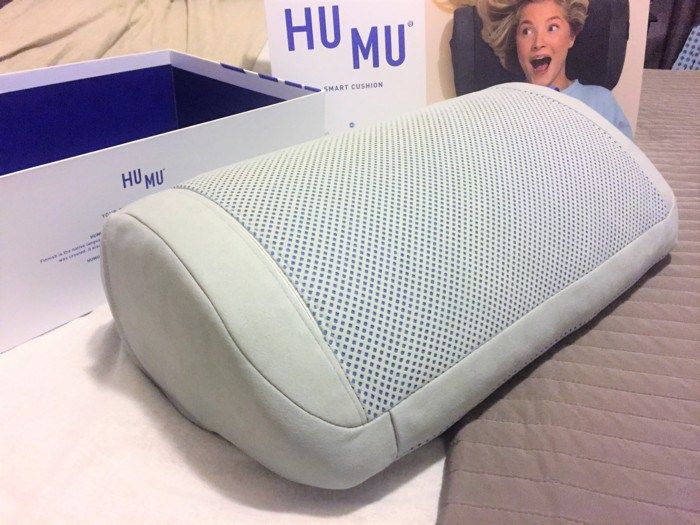 How: Flexound is not simply a pillow or seat with embedded speakers or subwoofer, but a patented technology of creating high quality sound and distributed vibration. The first iteration of this was the Flexound HUMU Augmented Audio Cushion, which hit 129% of its Indiegogo funding target and is now available to buy via Amazon. It has been getting rave reviews, with Sound & vision Magazine gushing, “HUMU Augmented Audio Cushion™ is the real deal — one of those magical products that I always hope to find at CES… unusual, cool, compelling, and ready to ship.” Pocketable wrote “A Flexound HUMU Smart Cushion makes it feel like you’re in a theater that spent way way too much on their sound system and is now charging an extra $8 to enter.” Having tested it at CineEurope, we can confirm that Flexound for cinema seating is every bit as incredible as the reviews for the HUMU cushions claim. We can wait to sit through a whole film in a cinema in a Flexound seat – somebody please make it happen soon.

Why: Flexound was first created with the ambition of using its technology as a therapy tool for children with ADHD, autism spectrum and other issues. However, the response from people who tried it was so positive that the founders decided to ‘pivot’ to offering it to everybody, first as a consumer product for music, gaming and television, and now for B-2-B markets, primarily automotive and cinema. There is no word on how much it will cost to incorporate into cinema seats, but it is said to be affordable and significantly less than other 4D seating solutions. Importantly it also doesn’t require the authoring of a special DCP version as it works with any existing audio, whether stereo, 5.1, 7.1 or immersive (Dolby Atmos or DTYS:X). It is a particularly compelling proposition for those in the age bracket 35-and-above who are put off by the idea of sitting through a film on a seat that shakes and blows smoke and water in your face.

Celluloid Junkie does not receive any payment from the companies featured in these posts; we only pick them because we found them to be interesting and wish to inform our readers of their existence. If there is a company that you feel should be highlighted, then do please email us.