Tomorrow Wednesday we will attempt a LIVE streaming on Celluloid Junkie’s Facebook page:

‘Like’ Celluloid Junkie on Facebook to watch me give a presentation at 10:15 AM CET on ‘Global Cinema 2017 – from AMC to Zuckerberg‘ at the Film & Kino conference in Oslo, Norway.

Subject to Wifi and my smartphone both working it should hopefully be interesting.

U.A.E. (Dubai) – Reel Cinemas has launched an ‘unlimited’ scheme, where members can watch any number of films for Dh79 (USD $21.50) per month or Dh199 (USD $54.80) for a three-month pass at its two Dubai cinemas. The renovated screens feature Dolby Atmos and Barco Flagship Laser projectors. Membership is said to be limited, but those that join also get 10% off on food and drinks. Khaleej Times – 2 November 2017

Is Bollywood coming back to J&K?

India – The state government of Jammu and Kasmir is looking to re-open cinemas that were closed in the 1990s after threats from local militants, along with many liquor stores. “Former J&K chief minister Farooq Abdullah tried reopening three cinema halls – Regal, Neelam and Broadway, in Srinagar in 1999, but the militants hurled grenades at the cinema halls despite heavy security, leaving several film-goers injured.” With cinemas growing in Pakistan and even Saudi Arabia considering them, J&K’s status as void of any cinemas increasingly seems like an anomaly. Time of India – 1 November 2017

Germany – Berlin’s art-house major Yorch Kino Gruppe has joined the DeinKinoticket.de ticketing portal. The venture also announced that it crossed one million users. Together with AG Kino it will develop an ‘art-house filter’ to enable it to be more easily navigated for specialist film. The site was launched and is co-owned by Germany’s largest cinema chains. Blickpunkt: Film (DE) – 3 November 2017

Nigeria – Cinema is taking off in a big way in Africa’s largest economy and most populous nation. It is just over a decade ago since Silverbird opened Nigeria’s first multiplex. Today there are 30 modern cinemas but screen density is still low. While 2016 BO was just 3.5 billion naira (USD $9.8 million) it has one of the world’s highest averages. Local fare accounts for 30%-40% of BO and there is a second Imax coming next year. (Also worth reading this article from local Nigerian press.) Variety – 3 November 2017

China (P.R.) – A thawing of relations between China and South Korea means that construction has resumed on a Lotte mall and cinema in Chengdu. China had previously targeted Lotte specifically for allowing THAAD missile defence system to be built in its land in South Korea. Hankokillbo (KR) – 3 November 2017

France – This paris cinema is launching its own VoD channel – aimed at children. Costing €4.99 per month the Studio des Ursulines’ effort is an outgrowth of the art-house film recommendation website www.benshi.fr.  that it launched two years ago. The channel features 50 features and 50 shorts with ability to download offline. The venture was set up through a crowdfunding campaign that raised €23,000. Le Parisen (FR) – 2 November 2017 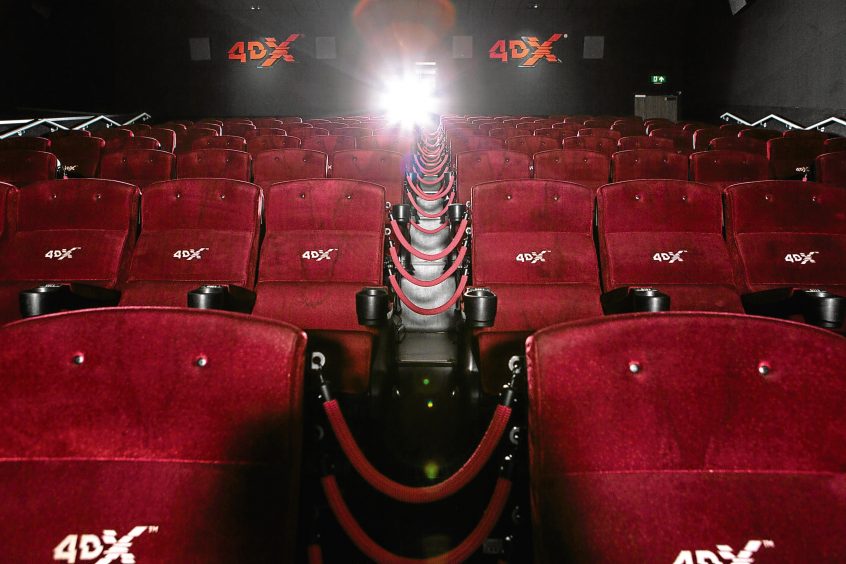 UK (Scotland) – Cineworld is spending GBP 450,000 to equip Screen Two its Aberdeen Union Square cinema with 4DX seating. It will be the second screen in Scotland to feature it after Cineworld’s Glasgow Renfrew Street multiplex. Aberdeen Evening Express – 3 November 2017 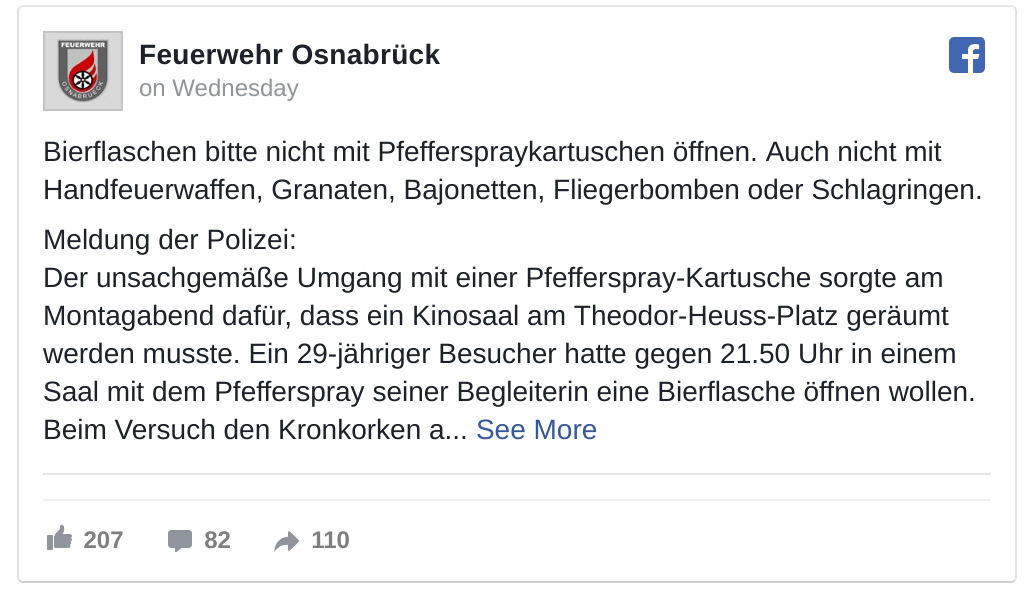 Osnabrück fire services advises not to use pepper spray to open beer bottles – or bayonets, guns or grenades. (image: Facebook)

Germany – A man at a cinema in Osnabrucke couldn’t open his beer bottle, so he decided to try with his can of pepper spray. The bottle broke and spray escaped so that 200 people had to be evacuated from the screening at the CineStar. After the cinema had been aired out for half an hour the screening could be resumed, but not before police and fire fighters were called to the scene. News.de (DE) – 2 November 2017 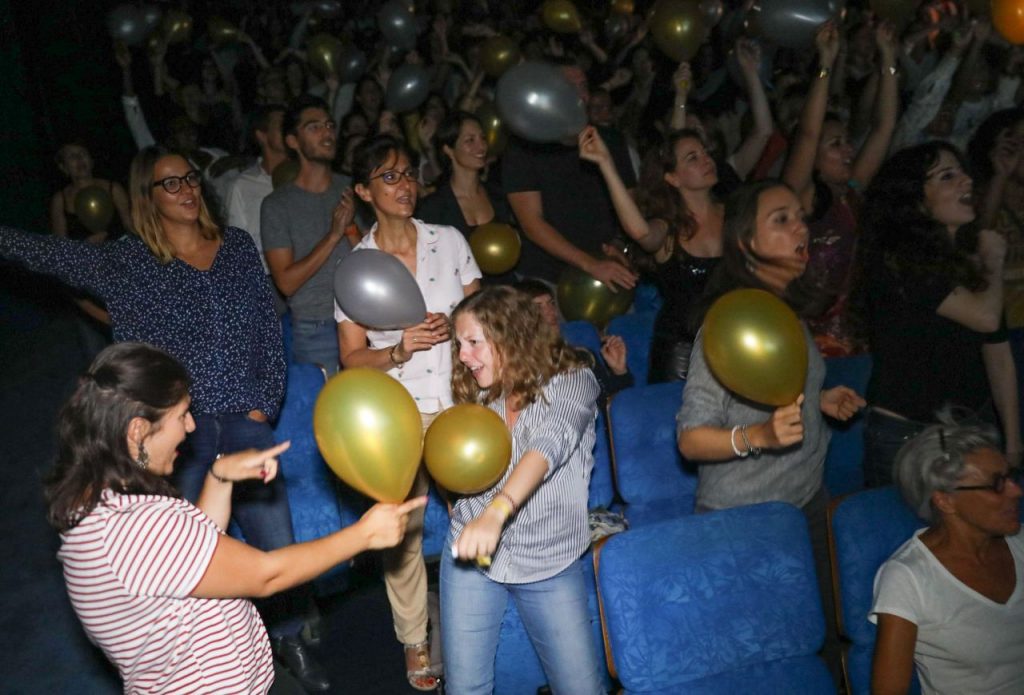 ‘You can dance.’ ‘No, YOOOOU can dance!’ (photo Guillaume Georges / Le Parisien)

France – The second Cinema Karaoke in Paris at the Grand Rex with the showing of “Mamma Mia!”. For €18,50 audience members get a bag with streamers, balloons, a whistle, a bubble bottle. They dress up and sing and dance along. Previously on “The Rocky Horror Picture Show” has had this type of treatment in French cinemas. Le Parisien (FR) – 2 November 2017 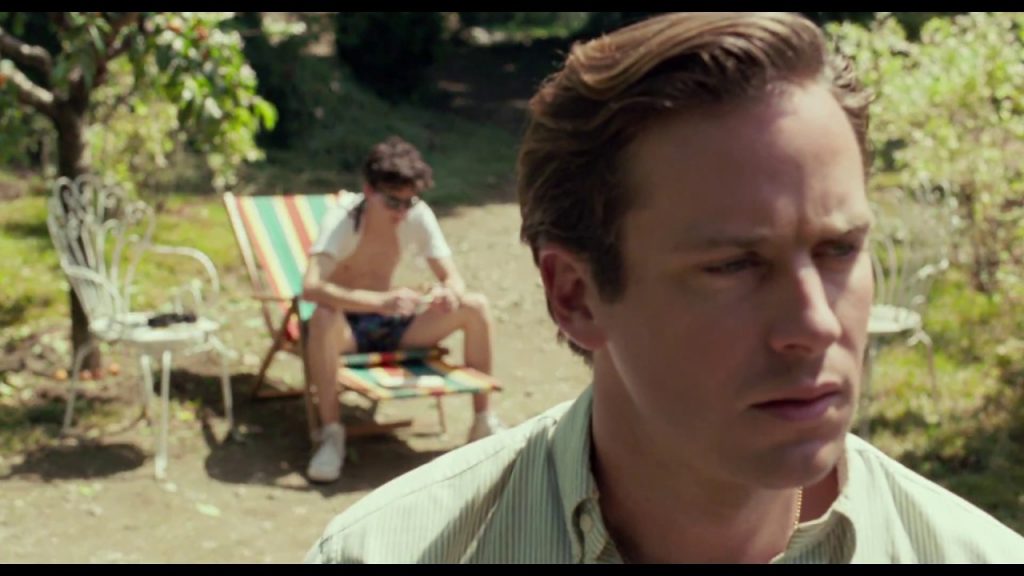 Arnie Hammer is clearly not happy with the lights.

UK – When should the lights go up at the end of the film? Not only for Marvel ‘Easter eggs’ but also the last critical scene of Luca Guadagnino’s “Call Me By Your Name” plays over the credits. Some cinemagoers have complained about the houselights coming on when the film is not quite finished. So who’s to blame? The article talks to the different cinemas about what their policy is. The Guardian – 5 November 2017

Ukraine – Ukrtelecom is providing broadband services for multiplex chains for Internet connectivity and (presumably) DCP delivery. Ten cinemas in nine cities have been connected to the network with speeds up to 100Mbps, as well as to its cloud PBX service. Telecompaper – 1 November 2017 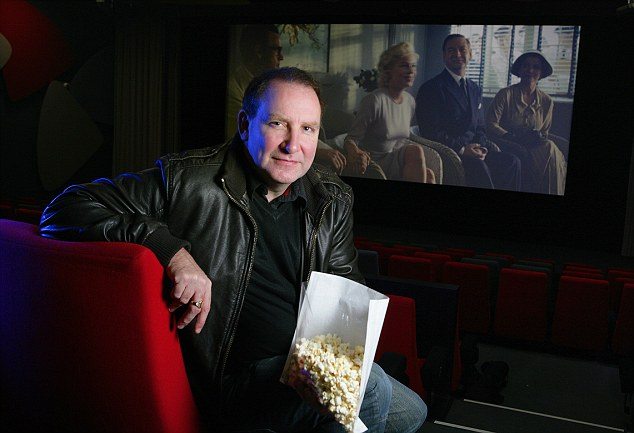 UK – Neil White is said to be the UK’s most prolific cinema goer, on the basis of watching over 500 films per year. It started as a bet that saw him watch “The King’s Speech” and a further 604 films in 2011. His aim was to watch every single film released in a cinema in the UK. He has kept it up ever since.

I didn’t use to sleep a lot, I don’t watch telly much. Your average person watches three or four hours of TV a day. I watch films.

It’s cheap night by comparison with going to the pub or a nightclub. If you’re just not in a good mood, two hours later you can come out transformed after the experience of immersing yourself in a different world.

He blogs about it in everyfilmblog.blogspot.no We sincerely hope that he has an Unlimited/Limitless card. iNews – 3 November 2017