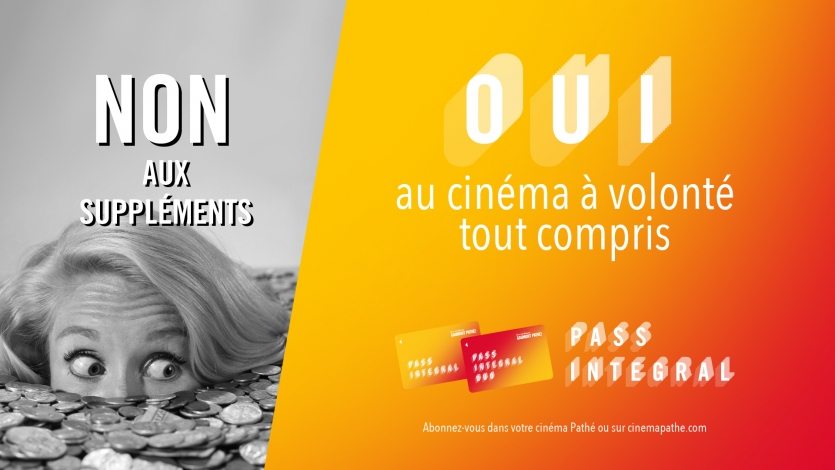 Singapore – Village Roadshow has sold its 50% stake in Golden Village chain to co-owner Orange Sky Golden Harvest (OSGH) for USD $129 million. The sale of Singapore’s largest multiplex chain comes after the failed sale of the stake to mm2 Entertainment, after OSGF blocked the deal. OSGH is flush with cash after selling its mainland China cinema operation to Dadi Cinemas and can now focus on its network of screens in Hong Kong, Taiwan and Singapore. Variety – 1 October 2017 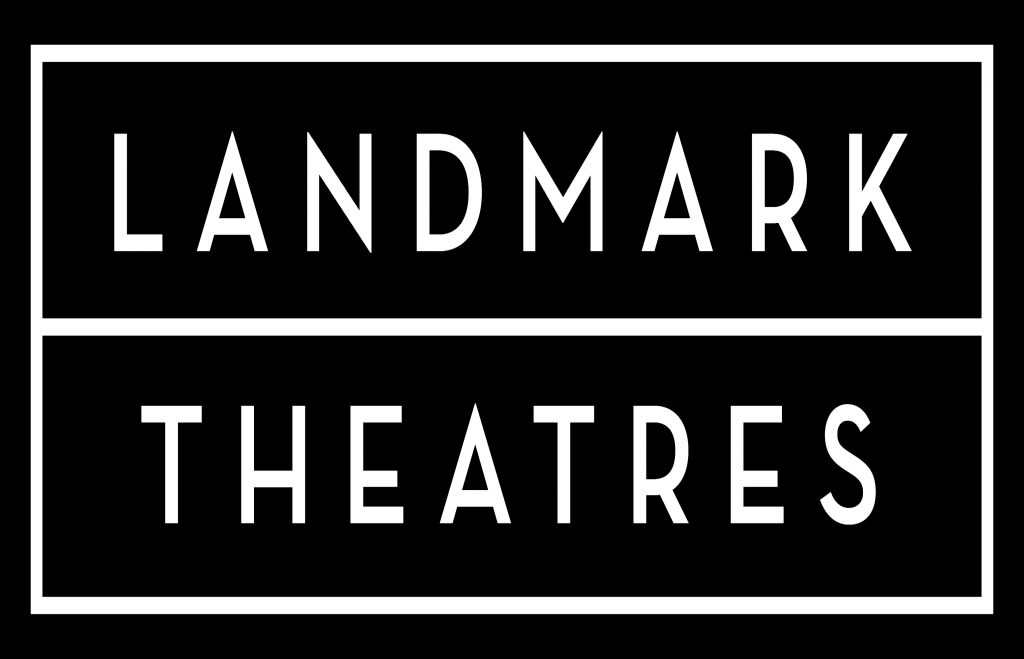 UK – Protesters from Cineworld-owned Picturehouse cinemas disrupted the opening of the BFI London Film Festival over the long-running wage dispute. “Around 50 staff of London’s Picturehouse cinemas, owned by Cineworld, have been demanding their pay be brought in line with the 9.75 pounds ($12.85) per hour recommended by the Living Wage Foundation, a campaigning group.” Actor Andrew Garfield who was there for the opening film “Breathe” supported the protesters. (see also ‘Finally’) Reuters – 5 October 2017

India – The introduction of the GST (good & services tax) was supposed to simplify business for Indian cinema operators by replacing the hated local entertainment tax. Then it was set at 28%. Then states like Tamil Nadu decided to anyway add a 30% entertainment tax on top. So multiplexes like PVR and Inox have gone on strike in Chennai, with no new movies released after 6 October. Multiplex Association of India (MAI) have issued a statement saying that “double taxation defeats the purpose of the GST model and went against the principle of ‘One Nation. One Tax’.” Bad timing as big Diwali holiday just around corner. Hindustan Times – 4 October 2017

Pakistan – Dubai-based Abraaj Group has invested in Pakistani cinema operator Cinepax Ltd though terms of the deal were not disclosed. Cinepex plans to open 80 new screens across Pakistan over the next four years. The company has 29 screens in 2 locations today. Deal Street Asia – 4 October 2017

USA – Some solid analysis and numbers in this Forbes article, looking at the US cinema market, though it overstates the importance of the summer box office as Hollywood studios increasingly move to a 12-month release strategy that can see a blockbuster like “Beauty and the Beast” as likely to be released in March as in May. Forbes – 3 October 2017

Germany – The Flebbe-Group has signed up to a cinema employee training and certification scheme through C1 Cinema, which was developed by Nennmann, Thies & Thies. The e-learning tool will help employees of the Flebbe Group (which includes Berlin’s Zoo Palast ad Astor Film Lounge) “to put the customer at the centre.” Those who have undertaken the training will be given a ‘Service expert: Cinema’ certificate. Blickpunkt: Film (DE) – 5 October 2017

Germany – A third quarter of growth was recorded in Germany cinemas, as 28 million tickets were sold for €234 million, an increase of 3.8% on Q3 last year and up 5% year-on-year. Geran films accounted for 28.1 of tickets sold. Produzenten Allianz (DE) – 1 October 2017

Germany – Cinemaxx has launched a preview group discount scheme called Movies4Friendstimes in time for the release of “Fack Ju Göhte 3”. It offers four tickets for €29.60 and €9.90 for each additional ticket. Cinemaxx website (DE)

Saudi Arabia – More rumours that not one but four cinemas are set to open in Riyadh. Repeat: rumours. Stepfeed- 24 September 2017

Germany – The first ‘Women only’ screening has taken place in Trostberg’s Stadtkino for women from Germany, Eritrea, Afghanistan, Iraq and other nationalities. Refugee women were said to be reluctant to come to screenings where they would have to sit with other men. The inspiration for the screening came from the women-only cinema in Kabul that opened in March, rather than Alamo Drafthouse’s Wonder Women-only screenings. Passauer Neue Presse (DE) – 29 September 2017

Japan – Does where you sit in the cinema say something about who you are? Yes, if you sit in the centre 1.5 screen heights back you are probably a Dolby engineer. Alternatively, Japanese psychologist Hiromi Mizuki will have you believe that sitting in the back means you are ‘calm and collected’. Hokum, but fun. news.com.au – 16 (sic) October 2017

UK – Students at the University of Surrey have had to attend lectures at the local Odeon after a surge in numbers meant that there was overcrowding in the traditional lecture halls. “We chose to use the Odeon as a one off this week due to lack of availability at Guildford College, where the rest of these lectures will take place this semester,” a spokesperson said. Students did not relish the chance of popcorn with their lectures. GetSurrey – 4 October 2017

USA (CO) – A woman was attacked in a cinema for telling three other patron to be quiet. Heather Piper was watching a film in Century 16 Belmar Theater in Lakewood when young patrons in her row started being rowdy. A security guard arrived and they quieted down but as Heather was walking back to her car after the film she was attacked by a girl from the screening. Inside Edition – 1 October 2017

India – A wheelchair-bound man was harassed and called a ‘Pakistani’ for not standing in a cinema during the playing of the Indian national anthem. Words. Fail. Free Press Journal – 3 October 2017

India – Two people have been arrested for shooting dead an “influential cinema hall owner in Bihar”. “These goons kill people to spread terror among local businessmen and extort money from them,” a police person is quoted as saying. Hindustan Times – 1 October 2017

Germany – A smoke bomb was set off in a staircase in the Cineplex Erding. Fortunatelly it did not cause a panic, though the fire brigade was called, and nobody was injured. The police are looking for the perpetrator. SZ (DE) – 1 October 2017

Korea (Republic of, South) – A power outage at a Megabox cinema in Daegu left 500 spectators in the dark. They had to use the light from their smartphones to find their way out. News33 (KR) – 30 September 2017

USA – Serving alcohol in cinemas does not lead to more underage drinking and helps cinema revenue. Only 14 cinemas served wine and spirits in 1997, but by 2015 over 600 cinemas in 32 states were doing it. AMC alone sells it in 245 of its cinemas as of this year. Not mentioned in the article but Disney was the last studio to refuse to let its films be screened in US cinemas that served alcohol, precisely because of the fear that children might sneak a drink. The Market Mogul – 21 September 2017

Korea (Republic of, South) – The Seoul Metropolitan Authority has investigated the salt and sugar content of concessions sold by CGV, Lotte and Megabox. It found that a combo contained 72.4% of the recommended daily sugar intake (100g). Sweet and caramel popcorn had (not surprisingly) particularly high calorie count at 1.8 times that of regular popcorn. Average sodium content was however, only 16.5% of RDA for one large popcorn and two sodas. Hot dogs, nachos, pretzels and grilled squid were also tested. ConsumerWide (KR) – 29 September 2017

UK – London’s Picturehouse Hackney is hosting the launch event for Dementia Friendly Screenings: A guide for cinemas on 18 October. “Alzheimer’s Society, UK Cinema Association and British Film Institute’s Film Audience Network have put together a guide to help cinemas develop and run their own dementia-friendly events.” More details and RSVP can be found HERE.

UK – Cineworld’s Unlimited pass has an unexpected fan. Former Spider-Man and “Hacksaw Ridge” star Andrew Garfield confesses that he was a frequent Unlimited pass user when he was still a struggling actor in London.

I got an unlimited pass at Cineworld and in between auditions I would go and have a nap in the middle of the day in the cinema in Soho. There are only so many coffees I can drink to keep myself awake, so it was a really good investment, that unlimited pass.’

Having personally seen a person sleeping through a Russian documentary at noon in Picturehouse Central, he is probably not the only one to have figures this out. Time Out London – 29 September 2017