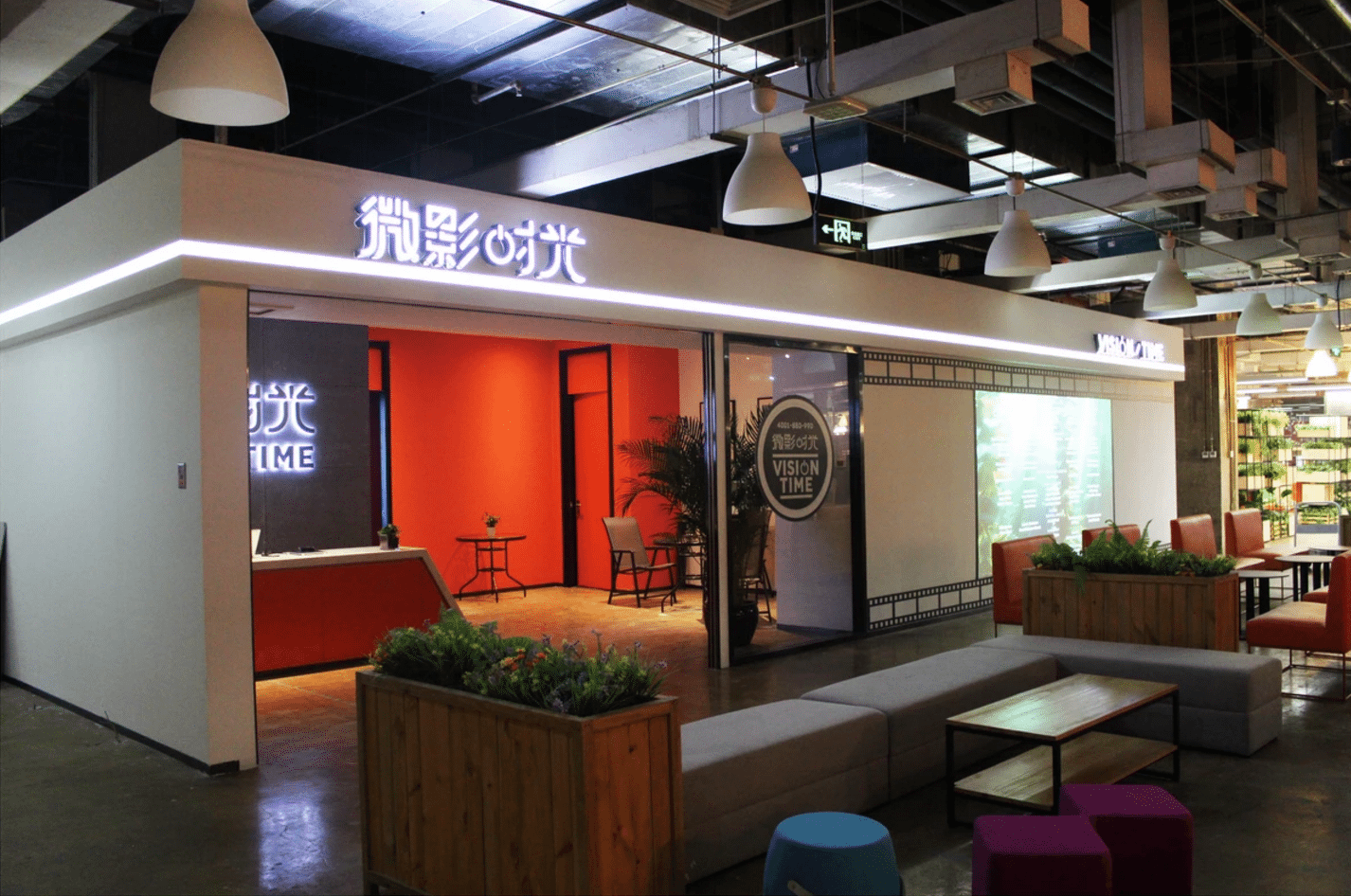 Could Tier 3 and 4 cities be better catered for by private cinema than regular multiplexes? That is the assertion by Vision Time, which is rolling out highly professional mini-plexes of four to five screening rooms seating two to 20 people each, whether couples, families or corporate groups, and staffed with two attendants. Each screening room is designed to high A/V specs, including Dolby Atmos (home cinema version) and plush sofas. The company has 10 private cinemas deployed and 12 more in the pipeline, including nine on franchise model. 36Kr – 14 August 2017

RealD is opening its first premium large format (PLF) ‘Luxe Laser’ screen in China. The Luxe Laser screen will open in September in Palace Cinema Shangahi, which has been a RealD partner since 2014. The PLF format was previously called ‘Luxe: a RealD Experience’, of which is the new iteration. Palace Cinemas has previously opened eleven Luxe 1.0 screens. Dianyingjie – 17 August 2017

China’s two largest e-commerce operators look set to compete in the online cinema ticketing space. JD.com recently formed a strategic partnership with Weiying Technology, the company behind the WePiao platform, which Vista also has a JV with. This could potentially see it compete with Alibaba’s platform, which has invested in Showtime Analytics. The partnership will have a two-phase launch: the ‘Hulk’ stahe will see the establishment of a good online ticketing platform, while the ‘X-Men’ stage will see deeper IP collaboration and creating movie content. Yuleguan – 9 August 2017

An in-depth profile of Dadi Cinemas and interview with its Group Deputy General Manager Xu Xianchang. Lots of interesting insights into Dadi’s ‘Film+’ and ‘Film+Creative Culture’ content strategy. Rather than looking at markets as simply Tier 1-5 cities, Dadi “classifies all cities in the country as four types of cities: strongholds, potential type, close attention, wait and see.” Worth reading in full. Winshang – 17 August 2017

On the back of the success of “Wolf Warriors 2” cinema expansion plans are being brought back in from the cold. Hengdian Group (HG) Entertainment is looking to raise CNY ¥ 2.986 billion (USD $447 million) of funds through a bonds release, of which CNY ¥2.486 billion (USD $372 million) will be used for cinema construction projects, while the rest will supplement working capital. Hengdian operates 310 cinemas, of which it owns the property of 245. Sina Finance – 17 August 2017

Wanda began as a property company before branching out into cinema and entertainment. Now it is seeing competition from another property developer, Evergrande Group, which recently opened its 100th cinema in Changsha, Hunan Province. It is China’s largest property company, while Wanda ranks 9th with just a third of the revenue of its larger rival. BNP Paribas estimates that Evergrande is likely to see significant profits in 2017-2019, thus having capital to expand. Its 100 cinemas include 572 screens, including 28 PLF screens, across 73 medium and ‘small’ cities. The ambition is to have 2,500 screens within a few years. Yiyuguancha – 10 August 2017

The enormous success of “Wolf Warriors 2” has attracted some controversies, such as the re-apperance of box office fraud. The Guizhou Star Time Studios cinema was alleged to issue hand written CNY ¥70 (USD $10.48), typically a way to avoid reporting and siphon off BO revenue. Cinema also claimed membership card couldn’t be scanned for 50% discount. There were also claims that chairs were put in the cinema aisles to sell more seats. Not sure how widespread but apparently more common in Tier 3 and 4 city cinemas. Sina Finance – 16 August 2017

Interesting phenomenon unique to cinemas in China: fans will ‘lock’ a screening of their favourite actor/actress film by buying the minimum number of tickets to ensure that the film plays. The first case of this was the film “Mysterious Island” in 2011 when fans of star Yang Mi  ensured that the film unexpectedly became China’s biggest horror film success. Fans co-ordinate the bookings via social media. “Once Upon a Time” is the latest film to have triggered this ‘fan economy’ action. Sina – 17 August 2017

“Manchester by the Sea” is the first film to screen in China’s new art-house network circuit.  The Oscar-winner will open 25 August in the network that spans 100 screens across 31 provinces with different operators. “Designed to promote the development of art films and the diversification of the development of the Chinese film market,” the network will show both Chinese and foreign films deemed to have particular artistic value.  Sohu – 4 August 2017

Finally: We’ve had leather recliners and motion seating, but Chinese cinema are now also installing massage chairs in some auditoriums. Over 1,000 of these massage chairs have been deployed in cinemas in cities such as Hangzhou and Changsha. The company behind it claims 56% of audiences use them with 15 minutes costing CNY 5 (USD $0.75), CNY 10 (USD $1.50) for 45 minutes or CNY 15 (USD $2.25) for the duration of the film. The company claims the chairs cost CNY 3,000 (USD $450) and pay for themselves within four months. Sohu – 3 August 2017