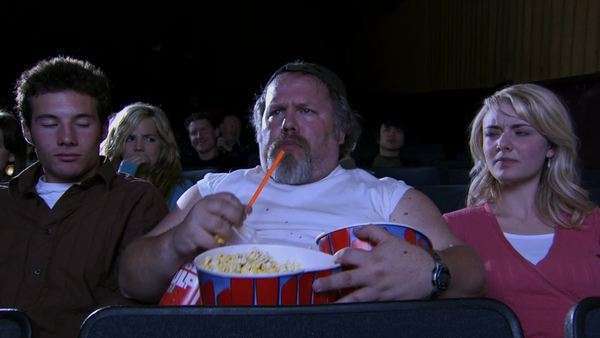 USA (CA) – A war of words has erupted between the US Food & Drugs Administration (FDA) and cinema trade body NATO over calorie labelling requirements for cinemas and whether cinema goers are ‘sedentary people’. This is what NATO had to say in response to FDA’s ‘Final Rule’:

In its explanation for including theaters, which had been exempted from labeling under the Proposed Rule, the FDA claimed that “movies attract sedentary people.” The FDA provided no source or study conducted of moviegoers and their habits to support this statement. NATO disagrees with this claim and does not consider it a legitimate justification for requiring theaters to comply with the Final Rule.

NATO goes on to argue that to “post calorie counts adjacent to self-servicei tems and food on display… is redundant and burdensome.” In an ‘Update’ in the article an FDA spokesperson denies having called cinema goers ‘sedentary’. THR – 9 August 2017

India/Thailand – PVR and Major Cineplex have sold their respective 51% and 49% stakes in their premium bowling and leisure operation bluO to Smaaash Entertainment for INR 86 crore (USD $13.4 million). The operation’s six centres in five locations will be merged with Smaash’s seven location in India and one in US. “The sale of bluO is in line with our strategy to divest all non-core assets and focus on our core cinema exhibition business,” said PVR Chairman and Managing Director Ajay Bijli. Time of India – 9 August 2017

Germany – Kinopolis has renewed its 3D deal with RealD for the supply of 3D equipment and glasses. Kinopolis (not to be confused with Belgium’s Kinepolis) operates 17 sites with 147 screens. InAvete – 10 August 2017

UK – Vue Entertainment is deploying Kaseya’s monotoring software for software asset management, replacing Excel spreadsheet previously used to monitor IT infrastructure for its 86 sites. “Kaseya’s virtual storage appliance (VSA) endpoint monitoring and management system has been used to provide remote monitoring, and is now being rolled out at its outsourced first-line IT support helpdesk.” The system enables remote management of tills, kiosks and even PCs. Computer Weekly – 10 August 2017

Vietnam – The third biggest cinema operator in Vietnam denies that it is for sale. Galaxy Studios operates 10 multiplexes with seven more scheduled in 2017 and six to seven in 2018. The country is dominated by Korean giants CGV and Lotte, who operate 38 and 29 multiplexes respectively. It was reported that galaxy was negotiating a USD $25 million equity sale. Meanwhile mm2 is still in discussions with Golden Village to acquire a stake in the Singapore operator. VietnamNet – 9 August 2017

Ireland (Republic of) – Irish Multiplex Cinema saw profits rise 33% to  €1.28m last year, compared to €965,287 the previous year. The company is run by the Ward family and operates the Savoy cinema in Dublin, amongst others. Ireland has together with France the highest cinema attendance in Europe at 3.3 visit per year on average. Irish Examiner – 10 August 2017

India – E-cinema operator UFO Moviez plans to open 3,000 cinema screes in the next four years through a franchise model targeting Tier II, III and IV cities. The operators Nova Cinemas has entered into a JV with a Kerala-based exhibitor to open three cinemas and grow this to 75 in the next few years. Given the red tape associated with open any cinema in India, the idea of opening this many screens so quickly is wildly optimistic. Business Lie – 10 August 2017

Mexico – A young man took his girlfriend on a date to the cinema in Tabasco but didn’t buy her any snacks. The woman fainted because she had not eaten that day and didn’t want to ask her date to buy her something. Ambulance and paramedics were called and she was taken to a private hospital where she now faces a bill of 4,600 pesos (USD $256). Debate (ES) – 9 August 2017

India – Kochi is preparing to crack down on F&B prices at multiplexes. “If t he price of popcorn outside is just Rs 20 [USD $0.31], we have to spend Rs 150-Rs 200 [USD $2.33-$3.11] for the same at a multiplex. How can the common man eat something from these multiplexes and theatres?”  UDF Councillor Antony Painuthara is quoted asking. Packaged food and drink in India must have maximum retail price (MRP) printed on the label, but hard to see how this can be applied to loose serving items like popcorn and fountain soda. New Indian Express – 10 August 2017

Norway – Linda Stenersen will be the head of the flagship SF Kino multiplex in Oslo due to open March 2018. She comes from Nilson Group with a background in retail. Headhunting firm JP Cornerstone together with SF Kino’s COO narrowed down the list of candidates. She starts 1 October. Kino Magasinet – 8 October 2017

Spain – A man has been arrested on child pornography charges after a memory card containing footage of child abuse was found in a cinema. A cleaner at the Castelldefels cinema in Barcelona found the card and turned it over to the police, who also found files and documents on the micro sd card that enabled them to trace and arrest the owner. 20minutos (ES) – 8 August 2017

Canada – This sounds like a documentary with a real heart for cinema. “Out of the Interior” is a past-present-and-future look at the survival of small-town cinemas in British Columbia by Curtis Emde and Silmara Emde.

The Vancouver-based husband and wife photography and video production team, started documenting this transitional period through a series of articles, photography exhibits and short-form videos. This work became the basis of their multi-media Projection Project (www.projectionproject.com).

They discovered that the switch from traditional 35mm film to digital projection was a major factor in many of the recent closings. The costs of digital conversion was prohibitive for independent venues already struggling with dwindling audiences and diminishing box office returns.

Yet many cinemas survived the transition and some that closed have even re-opened. The Nelson Daily – 10 August 2017