UK – 15 September is the opening date of the new Cineworld multiplex in Bracknell. The 12-screen cinema in The Lexicon (pictured above) will open two weeks after the shopping centre. It will have 4DX, the 10th cinema in the UK to offer it and be Cineworld’s 11th cinema in the Thames Valley. GetReading – 26 July 2017 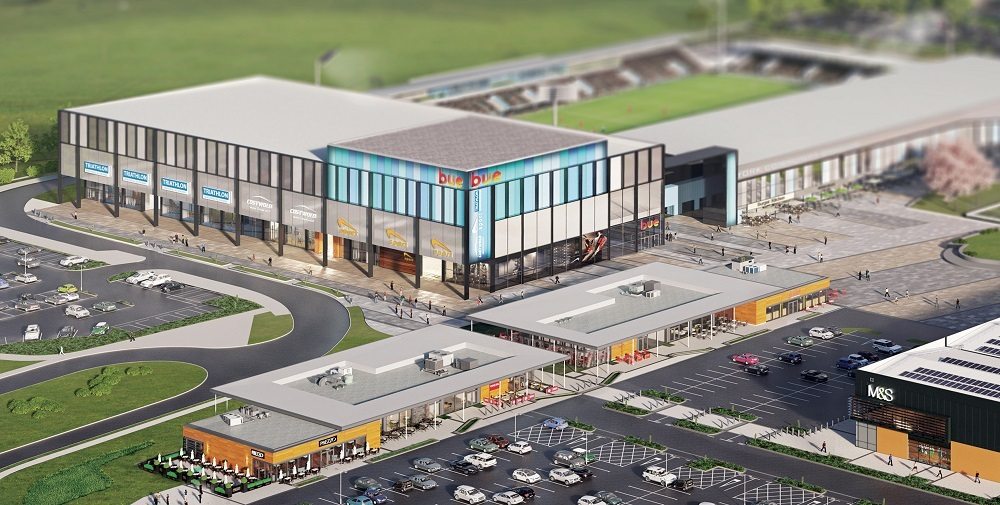 UK – A new Cineworld multiplex will be part of the Monks Cross development in York. The multiplex will include an Imax screen, as well as five restaurants and three retail units. There will also be leisure facilities, such as a pool and sports hall. The complex is set for opening in 2019. Minster FM – 19 July 2017 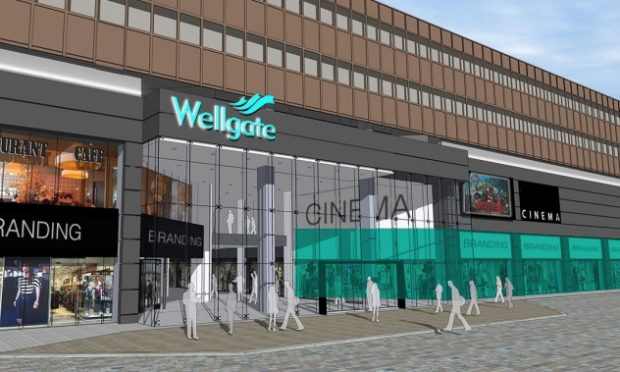 UK (Scotland) – The Light has re-submitted plans for a multiplex in Dundee’s The Wellgate that now includes an Imax screen. The plan for the old BHS centre saw a gym move in and the re-jigged plans are said to be better and create space for an Imax as part of the nine screens, with 800-900 luxury recliners. Evening Telegraph -28 July 2017 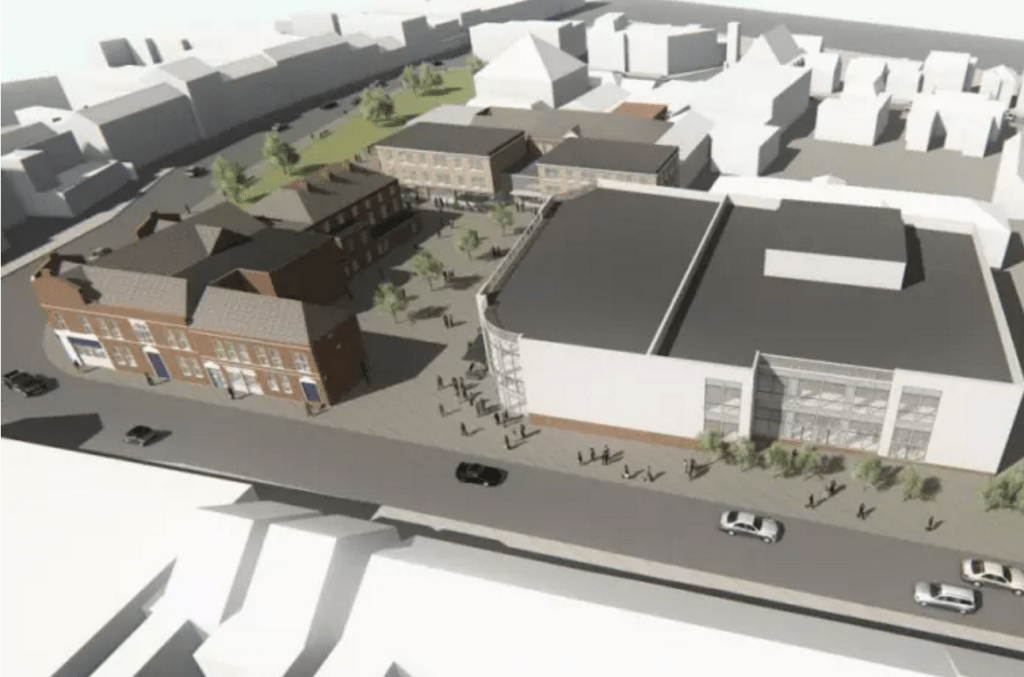 UK – Grantham Council has approved plans that reduces the number of screens from six to five for the town’s proposed multiplex on the site of the soon-to-be-demolished Reel cinema. Seating has been reduced from 1,000 to 705. The new cinema is expected to be completed and open before the end of 2018. Grantham Journal – 31 July 2017 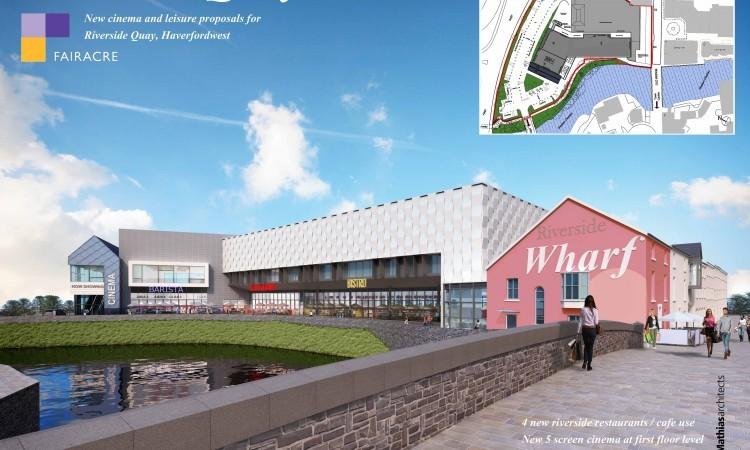 Premiere Cinemas in Haverfordwest – but careful with that river. (image: artist’s impression)

UK – More details about the plans for a five-screen 500-seat cinema in Haverfordwest. “The restaurants and cinema entrance will be on the ground floor of the two-storey building with the main cinema above.” The cinema is set to be built on the site of the old Wilco store. There is a flood risk, though this is unlikely to influence the Planning Committee that met on Tuesday this week. UPDATE: Approval has now been given by the Council for the plan to go ahead. Western Telegraph – 26 July 2017 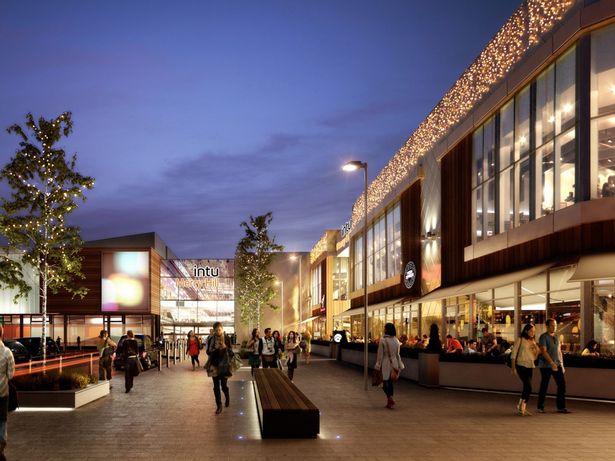 UK – Odeon’s cinema in Birmingham’s Merry Hill is set to close and re-open in a new part of the complex. Owner Intu wants to construct a new extension that would house the Odeon and several restaurants. A planning application will lodged with Dudley Metropolitan Borough Council later this year. Birmingham Mail – 31 July 2017 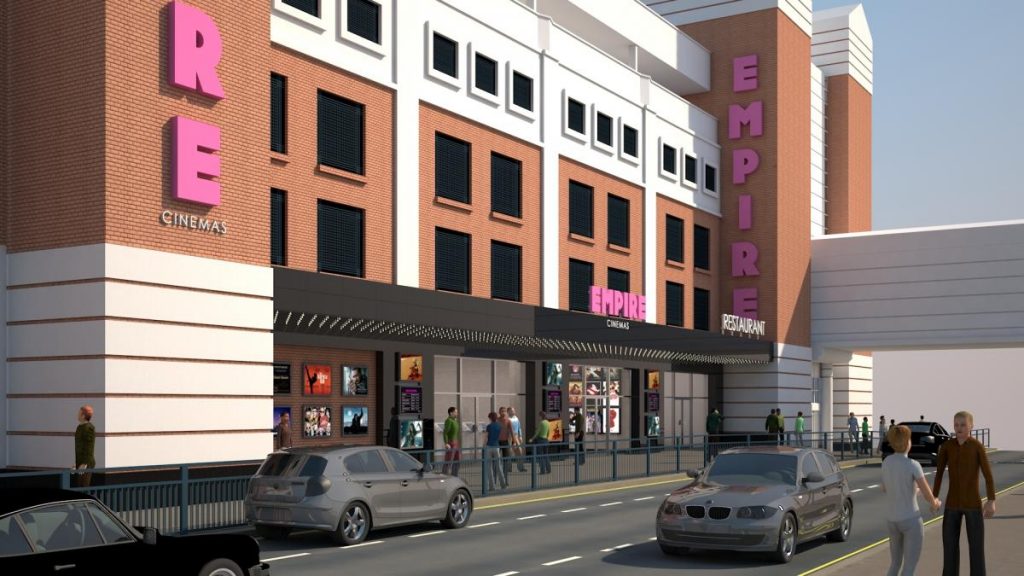 UK – Details have been revealed for the planned refurbishment of the Empire cinema in Sutton. “The firm has formally applied to Sutton Council for permission for refurbishments which include restaurants and cafes to replace the existing assembly and leisure area. The cinema, based in St Nicholas Way, is also hoping to design a new frontage for the building and to implement new entrance doors and an overhead canopy.” The cinema, which opened 25 years ago, has been closed since 4 June. Your Local Guardian – 25 July 2017 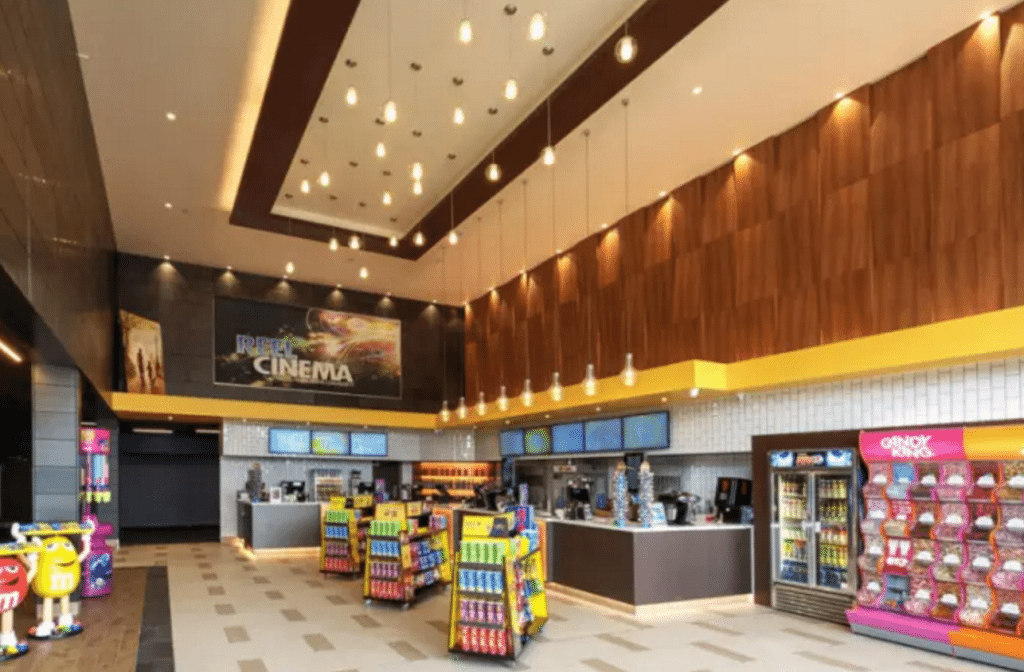 UK – The revamped Reel Cinema in Burnley is set to be revealed in September. The work has been going on in two phases while the cinema has been kept open. Reel acquired the cinema in 2013 and has been replacing seats, fitted a new foyer, new toilets, carpeting, lighting and more. Separate work is going on for the drive-thru Burger King in the same building. Burnley Express – 27 July 2017 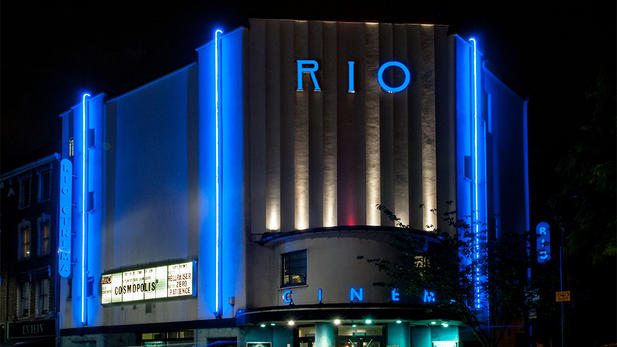