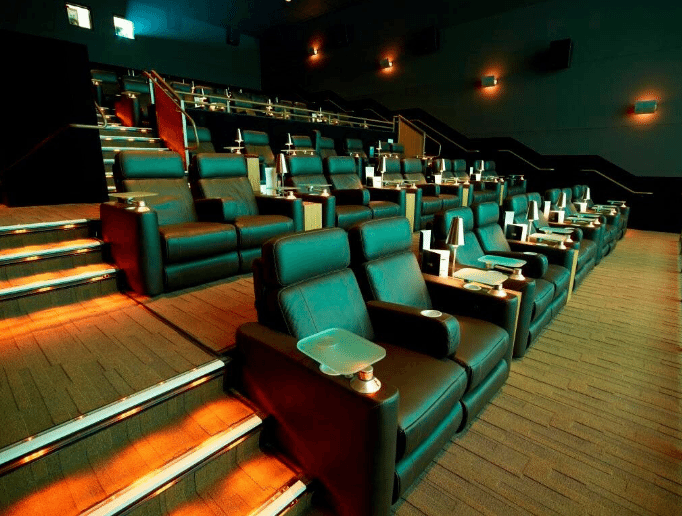 USA (MD) – Cinepolis is opening a luxury multiplex as part of the redevelopment of Kentlands Market Square in Gaithersburg, Maryland. The cinema will open in 2019 and is Cinepolis first development in Maryland. WTOP – 20 July 2017

USA (CA) – An application has been filed to convert a former Macy’s store in Stonestown Galleria in San Francisco with a mix of retail, restaurants and a 12-screen cinema. Macy’s shut down 40 stores in 2016 and has plans to close a further 100, so this probably won’t be the last such store to be turned into a cinema.  SF Chronicle – 24 July 2017

USA (SC) – MPV Properties has topped off a 14-screen multiplex development for exhibitor Stone Theatres in RedStone, Indian Land. There are also a number of restaurants planned. Bisnow – 24 July 2017

Estonia – The Cinnamon chain will open a multiplex in Tallinn’s T1 Mall, due to open October 2018. The number of screens or seats has not been announced, though the mall’s total entertainment space is 12,000 sqm. Cinnamon operates five multiplexes with 23 screens. The Baltic Course – 20 July 2017

UK – The Plymouth Cineworld looks set to be reduced to just one level but more seats for its Imax screen. Revised plans for GBP £40 million complex also has fewer restaurants, but more space for those remaining. The cinema would still have 12 screen but seating capacity would be increased from 2,088 seats to 2,143 seats. Devon Live – 18 July 2017

UK – London’s suburb Lewisham looks set to get a boutique cinema on the site of the derelict Ladywell Playtower on Ladywell Road. “Picturehouse Cinemas, RJK and Hillman, Goldsmiths, University of London and Guildmore in partnership with Curzon Cinemas have all put in bids to develop the grade II listed building.” Only one of the four proposals does NOT involve building a cinema. News Shopper – 21 July 2017

UK – Blackpool is set to get a nine-screen multiplex with an Imax. The Light will be the operator of the city-centre cinema part of the second phase of Houndshill Centre. Previously the plan had been to build a hotel, but the revised plan envisions a cinema on the first and second floor. The city already has an Odeon, Vue and Island cinema. The Gazette – 21 July 2017

UK (Scotland) – Slow progress for The Light cinema planned for the Bon Accord centre in Aberdeen. The seven-screen 800-seat cinema was supposed to have been finished by 2016 but various permit issues have slowed down the start of work. Evening Express – 22 July 2017

UK – London suburb of Bromley is getting a nine-screen Vue multiplex. The new St Mark’s square is a former car park turned into a retail and residential area. Evening Standard – 24 July 2017

Sri Lanka – Softlogic is opening a mall in capital Colombo that will feature a seven-screen multiplex cinema, one of the largest in Sri Lanka. Completion date for the Odel Mega Mall is set for 2020. Lanka Business Online – 25 July 2017

Germany – The CineStar at Dortmund Central Station is staying, at least for another ten years. The CineStar has been operational for 20 years, but the lease was up for renewal and the cinema’s stay was not assured. No word on when the 14-screen multiplex will have an over-due renovation. Dortmund24 (DE) – 21 July 2017

Korea (Republic of, South) – The only arthouse cinema in Gyeongsangnam is closing. Cine Art Rhizome is not equipped to show DCPs and as such was unable to even show the recent “Okja”. 15 August is the closing date, having only opened in December 2015 at Changdong Art Village in Masan, Pyeongchang, Changwon. Not clear why someone would open an arthouse cinema this recently and not anticipate needing DCI-grade equipment. Yonhapnews – 24 July 2017