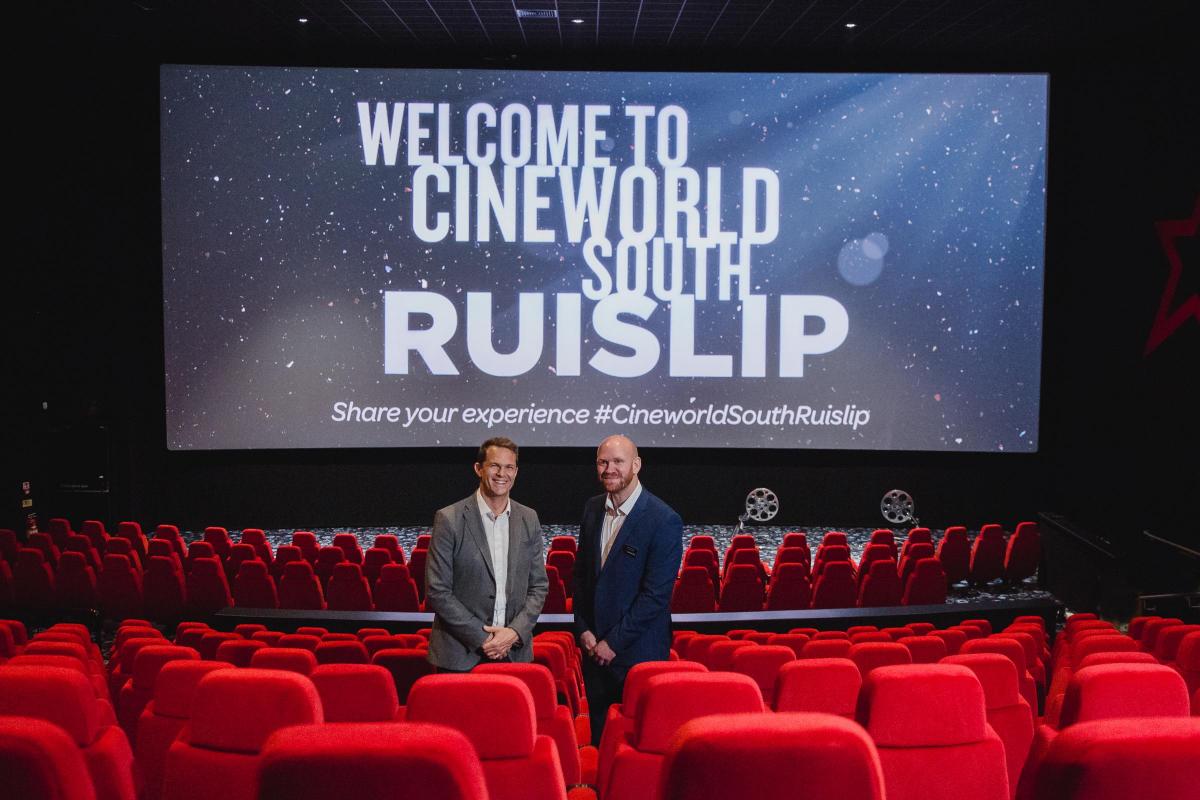 There is a record building boom and investment in new cinemas underway in the UK. The Light cinemas alone claims to have 20 projects in the pipeline, followed by the likes of Cineworld and Everyman. Exhibitors like Odeon that do not have as many new sites planned nevertheless have significant refurbishment plans underway, representing a significant cap ex commitment over the next few years. So having last done a Francophone Cinema Property Update, we will focus on the UK in our effort to catch up on the backlog of announcement over the past month. Rest of World CPU follows tomorrow.

UK – Cineworld opened its latest cinema in London’s South Ruislip on 7 July. The 11-screen, 1,745-seat multiplex shows both Hollywood and Bollywood films. It features a Starbucks and a Baskin Robbins. Harrow Times – 10 July 2017

UK – Colchester Council has given approval to plans to build a large multiplex at Colchester’s Northern Gateway close to the A12 at Cuckoo Farm. “It will be a next generation Cineworld with 12-screen, an iMax style feature and 4DX features where the seats move and water is squirted at you to add to the thrills.” Work is expected to start in 2018. Meanwhile start of work is still being held up on Cineworld’s multiplex in Burgess Hill. Gazette News – 17 July 2017

UK – An 11-screen Cineworld with Imax is set to open in White Rose centre’s The Village in Leeds before the end of the year. The centre has already expanded with five new restaurants and will also get a children’s outdoor play area and a Next store later this summer. Yorkshire Evening Post – 6 July 2017

UK – Plymouth will get a 12-screen Cineworld with Imax as part of the GBP £40 million development of Bretonside (former coach station) about to start shortly. Devon Live – 3 July 2017

UK – Curzon has won approval for its plans to build a cinema in London’s East End Hoxton district. The site was home to a cinema since 1914, but the frontage that was due to be retained was too dilapidated after years of sitting empty. Instead Curzon plans to build a replica front. Work is due to start this year. Hackney Citizen – 7 July 2017

UK – Everyman plans to open a two-screen subterranean cinema in the Earl Grey House in Newcastle. Each screen would have 60 seats and there would be a fully licensed bar.  Chronicle Live – 14 July 2017

UK – Work is underway on the new six-screen, 800-seat Odeon in Stafford. The new cinema will replace Stafford’s existing cinema, which is for sale and is part of the town’s riverside redevelopment. Express & Star – 8 July 2017

UK – Odeon has been revealed as the operator for the planned cinema in Thorpe Park development in Leeds. The 10-screen cinema will occupy 44,000 sqft “to be located adjacent to, and above the boulevard of restaurants within the leisure cluster at Thorpe Park Leeds.” There is currently no cinema in east Leeds, only in the city centre. Yorkshire Evening Post – 7 July 2017

UK – The Light has been revealed as the operator of the planned multiplex in Redhill. The seven-screen, 500-seat multiplex will include “‘state of the art’ digital sound and projection with specially designed extra wide reclining seats as standard, as well as side tables for food and drinks.” Work is due to start in 2018. Surrey Mirror – 10 July 2017

UK – Work start in November on The Light’s nine-screen multiplex in Birmingham’s GBP £20 million Longbridge development. There will also be a gym and six restaurants. Work is set to be completed in early 2019. Birmingham Post – 4 July 2017

UK – Sittingbourne is set to get an eight-screen The Light cinema by the summer of 2019. It will be part of a regeneration that will also include Iceland’s Food Warehouse, Home Bargains, Costa, Pizza Express, Wildwood and a Travelodge hotel. Kent Online – 6 July 2017

UK (Scotland) – Vue will be the operator of the nine-screen cinema to open in the St Enoch Centre in Glasgow, to be built on the site of the former BHS store. It will complement Vue’s exisitng cinema in Glasgow Fort and be the chain’s ninth site in Scotland. STV News – 13 July 2017

UK – Work is set to begin on an 14-screen cinema in East Northamptonshire’s Rushden Lakes project. No operator has been mentioned. There will also be 18 new restaurants, indoor trampoline and climbing facilities. Northamptonshire Telegraph – 7 July 2017

UK – Plans for a nine-screen cinema in Freshney Place development in Grimsby, on the site of an old bus garage. Application is being considered by the local council. No word on potential operator. Grimsby Telegraph – 13 July 2017

UK – Plans for a ’boutique cinema’ on the site of the old ABC in Tunbridge Wells have been submitted to the local council. The ABC cinema on Mount Pleasant Road closed in 2000 and was bulldozed in 2014. No operator has been named. Kent Live – 7 July 2017

UK – Hopes for a small multiplex are part of the development plans for Forge Island in London suburb of Rotherham. “The council paid £130,000 for consultants WYG Group to draw up the masterplan. The brief was to come up with ambitious but realistic schemes. Some of the bigger projects, such as the hotel and four or five-screen cinema on Forge Island, will be dependent on attracting private developers.” So several years away. Rotherham Advertiser – 26 June 2017

UK – Oxford’s main art-house cinema is closing for a two-month renovation from 7 August. “The refurbishment is to fix ‘sound and sight line issues’ according to the cinema, which have made the showing of subtitled and quieter films ‘problematic’ in recent years. New sound proofing and work to the existing sound systems will also take place, as well as the installation of new, larger cinema screens in both auditoriums.” Refunds and extensions of membership are being offered to patrons. Oxford Mail – 11 July 2017

UK – Cineworld in Ipswich’s Cardinal Park is preparing to show of after refurbishments carried out while the cinema remained open. “The exact work is not clear – but cinema-goers can see that a new upper-floor screen has been created over the entrance where the Starbucks used to be because the ceiling is now tiered.” Ipswich recently saw the opening of Ipswich Empire. Ipswich Star – 9 July 2017

UK (Wales) – Actor Michael Sheen was on hand to officially re-open the 123-year old Market Hall cinema in Brynmawr on 12 July after its six-month-long asbestos clean-up operation finished. “Following an online fundraising campaign and huge support from the community to sustain running costs during the closure, the cinema opened in May with the all-clear from council inspectors.” South Wales Argus – 3 July 2017

UK – A true cineast has spent GBP £300,000  290-seat Regal in Fordingbridge, Hampshire, which closed 52 years ago. “The transformation has seen the 71-year-old install a 20ft by 13ft screen and a state of the art sound system. Film fans can also enjoy a drink from an authentic 1930s cocktail bar and munch on popcorn and ice-cream while watching films.” Brian Currie is most likely not planning to show first-run films, but hats to him all the same. Daily Echo – 3 July 2017

UK – Is this the last operational ABC cinema in the UK? Operated by holiday camp company Butlins, the cinema is now restricted to resort guests. Nearby residents will have to travel to cinemas in Bridgwater or Taunton instead, as security fears means Butlins wants to know exactly who is using it. ABC was acquired by Odeon and the brand has effectively vanished even before the chain was bought by AMC. Somerset County Gazette – 6 July 2017