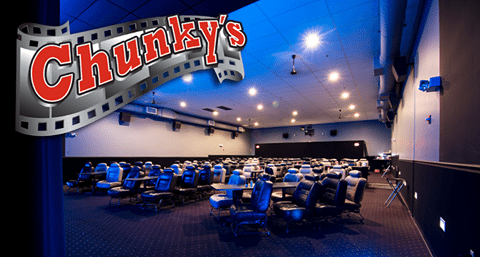 USA (MA) – Chunky’s Cinema Pub is opening a cinema on the site of a former Lowe’s Home Improvement store in Manchester, MA. “The Huse Road complex’s 10 theaters will offer swivel leather chairs [!] around rectangular tables, where patrons can be served food and drinks before and during the movie without missing an important plot twist.” There is seating for 1,600 with full service bar. This will be Chunky’s fourth cinema location. F&B spending is expected to be USD $13-$15 per patron. Union Leader – 13 May 2017

Canada (BC) – Cineplex is set to build an 11-screen multiplex on Vancouver’s North Shore. The location at Park Royal Shopping Centre’s south side will feature UltraAVX, D-Box Motion Seats, and adults-only VIP auditoriums with bars. It will be located on Squamish Nation owned land and hence feature Squamish art. It will be Cineplex’s fourth VIP Cinema in BC. Straight – 15 May 2017

UK – Cineworld has opened a six-screen multiplex in Cambridgeshire as part of the £15.7 million Ely Leisure Village development. Cambridge News – 11 May 2017

UK – Reel will open a six-screen cinema in Chorley in late 2018. “Reel has taken a long-lease on the building which will be constructed as part of the £10million market annexe development at the heart of £17million redevelopment of Chorley town centre.” This is a similar arrangement to Reel’s recently opened Blackburn cinema. Chorley has not had a commercial cinema in 20 years. This is Lancashire – 12 May 2017

Germany – Is Berlin set to get a dedicated Cinema Forum? The Berlin Film Festival could have a permanent home, which could also house the Film Museum whose lease with the nearby Sony-Centre is set to expire in 2025. The Berlin Film House would be constructed on the site of the parking space opposite the Martin Gropious Bau, home to the Berlin Film Festival’s market, which reverts to government ownership in 2018. The only issue is the cost, set at 100 million euro. Der Tagesspiegel (DE) – 15 May 2017

Germany – Wolfram Weber wants to create a luxury cinema out of the old Manhattan Kino and in the process turn the town of Erlangen into a cinema destination. The proposed cinema would have eight screen and 600 luxury recliners. The owner and operator of the Cinecittà cinema wants to spend 15 million euro to realise his vision, but needs approval from the local authority for his even grander vision of building bigger on a nearby piece of land. Mittelbayerische (DE) – 13 May 2017

Japan – United Cinemas’ has opened Tokyo’s largest multiplex with 13 screens in Odaiba, after taking over the space that was formerly a Toho cinemas and refurbishing it in a record two months. Screens were replaced as were projectors (new Sony), and 4DX seating for 108 patrons in screen 8 is coming this summer. There is both ticketing kiosks and the ability to buy tickets online. There is a long interview with the cinema manager Mr Masayuki Suzuki. AV Watch (JP) – 12 May 2017

India – Inox has re-opened the nine-screen multiplex in Mumbai’s R-City that it took over from Big Cinemas in 2015 as a “7-star cinema experience.” The cinema features a laser projection Imax screen, Dolby Atmos, an interactive automated box office, interactive touchscreen concessions sales and the Insignia luxury restaurant. Press Release – 12 May 2017

Switzerland – The three-screen Vox cinema in Chamonix (no relation to the eponymous Gulf cinema) is set to be replaced by 2018, when its lease expires, with a new four-screen multiplex. The new cinema will be built on a spot between the MJC and the school near Place Mont Blanc. Vox had been suffering low attendance and came close to being closed twice before. Chamonet – 11 May 2017

USA (IN) – Village Park Plaza’s 17-screen cinema in Westfield is set for a USD $10 million redevelopment, that will add a retail component to the Regal cinema. The cinema was built in 1993 and expanded in 1999. “The theater project still needs to be reviewed by the Westfield Plan Commission and approved by the Westfield City Council,” due to zoning changes. IBJ – 12 May 2017

UK – Odeon ended its operation as operator of the Printworks multiplex on 14 May, before being handed over to Vue. The transfer of the 23-screen multiplex will boost Vue’s market share in the UK by around 2%.  Manchester Evening News – 9 May 2017

Germany – Olympia cinema in Leutershausen shuts for refurbishment. It is getting a new toilet as well as other improvements to the 120-seat cinema that has been operating since 1952. Weinheimer Nachrichten (DE) – 11 May 2017

India – The iconic Chanakya cinema in New Delhi is set to be re-opened as a multiplex-cum-mall in August. The re-development was was undertaken by DLF and designed by New York-based architects Rockwell Group. “The three-storey mall-cum-multiplex is going to house several international brands in fashion, accessories, cosmetics, among other domains, and some will be debuting in India for the first time through this mall.” When it opened it had Delhi’s largest screen and auditorium. Sunday Guardian Live – 13 May 2017

UK – Empire Cinema Sutton is closing for refurbishment on 4 June. Work on the cinema that opened 25 years ago will be completed this winter. “Empire is excited about their new cinema and look forward to being able to share details about this development in the coming month,” a spokesperson is quoted as saying. Your Local Guardian – 13 May 2017

Ireland (Republic of) – Rathmine’s Stella cinema is re-opening in July after 12 years of closure. “The new cinema will feature armchairs, ottomans and blankets, and food will be served to your seat. A cocktail club will be upstairs where the old dance hall once was.” The cinema was taken over by Press Up Entertainment group. The Journal – 13 May 2017 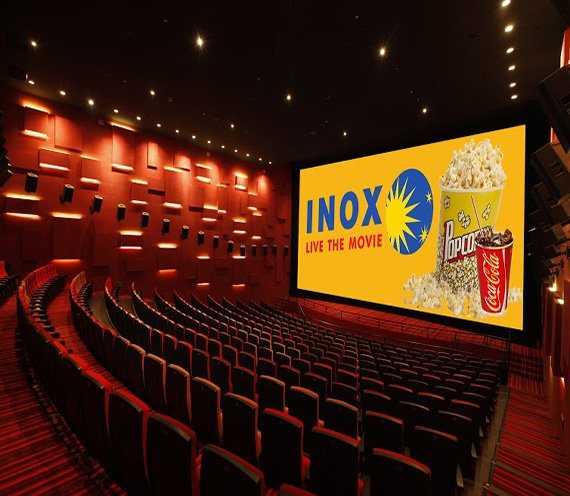 India – Inox is discontinuous operations at Shankarnag Chitramandira in Bengaluru. The single-screen cinema has 612 seats and for some reason Inox insists on calling it ‘Multiplex Cinema Theatre ‘, so it must be the world’s only 1-screen multiplex. Udaipur Kiran – 11 May 2017

USA (DC) – The White House cinema is now open to the public. At least for visitor’s tours, if not actual screenings. The cinema was built 1942 but previously not open to the public. First Lady Melania Trump was behind the decision to make it open to tour groups, saying that people should “have as much access as possible to the rich history and wonderful traditions” of the White House. President Jimmy Carter was its most ardent user, screeining 480 films between 1977 and 1981. A screening of “Finding Dory” the Sunday after this year’s inauguration was briefly attended by President Trump, before he wandered off. DW – 15 May 2017