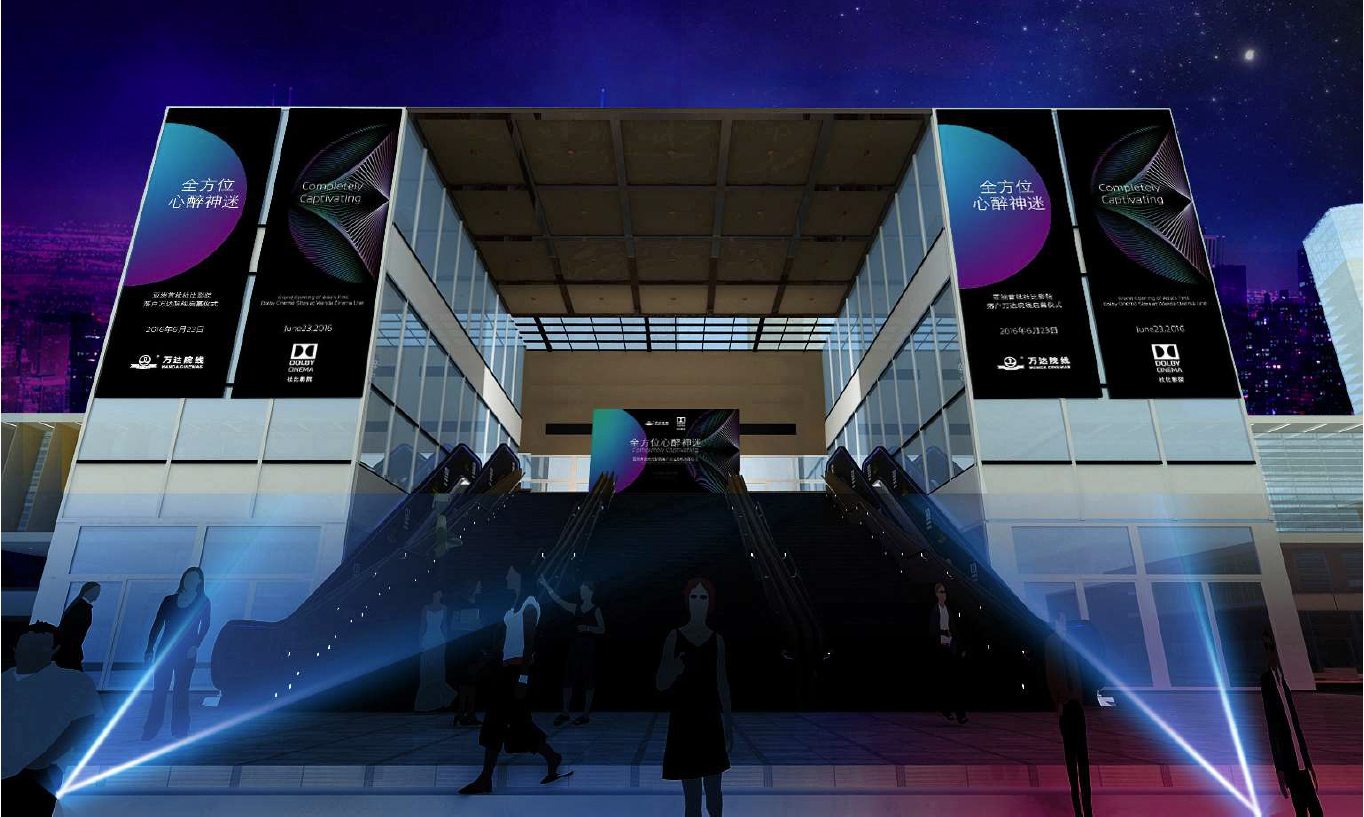 China (P.R.) – The first Dolby Cinema screen opened in China earlier this month, courtesy of Wanda Cinemas, in Dalian. Three more installations in Changchun, Chongqing, and Jinan followed in short order, meaning that China now matches Europe in terms of Dolby Cinema screens (four), with a total of 10 by December. In total Dolby has a deal to open its Dolby Cinema screens in 100 Wanda properties over the next five years, meaning it will not jus overtake Europe but also the US. Press Release – 23 June 2016

Belgium – Kinespolis has launched a movie dating app called  “Meet Me at Kinepolis” for likeminded people to enjoy a film together. “The idea came after a survey revealed that not having company was  the main reason for not going to the movies.” Is it a dating app? “Yes and No,” says the website, which amongst other things restricts people to the same age bracket. TiraMillas (ES) – 27 June 2016 USA – 24th of September is Art House Theater Day, “an unprecedented and unique celebration of film and the vitally important, independent, community-based theaters across the country with over 160 participating theatres.” This is the stand-alone offspring of Art House Convergence. Effectively it is a one-day nation-wide film festival, with powerful exhibition, distribution and technology backing. Website UK – Cineworld has signed a five-screen deal with Imax for expansion in the UK and across Europe. The first will be in Cineworld’s new flagship multiplex in Plymouth. Cineworld will have a total of 40 Imax screens once deployment is complete. Cineworld will also install Dolby Atmos in 50 of it auditoriums across UK and Europe. Screen Daily – 22 June 2016

USA – Fancy having your own Imax screen instead of going to Cineworld? It will set you back a mere USD $400,000. “At that price, you’ll receive dual 4K 2D/3D projectors, a proprietary IMAX sound system, a touchscreen remote, and seating for up to 18 people.” Or go for the larger ‘Platinum’ version for a cool million. HUHmagazine – 29 June 2016 USA (CA) – Brenden theatre in Concord, California, accidentally played the trailer for adult-animation comedy “Sausage Party” before “Finding Dory”, causing parents to be upset and toddlers confused. “Playing that trailer was a one-time, honest mistake by a theatre manager moving screens around in an effort to accommodate several large, last-minute groups wanting to see Dory. The wrong movie was started by mistake,” was the message form the management. Watch the Red Band trailer above – unless you are a minor. The Guardian – 29 June 2016

New Zealand – Kapati’s Downtown Cinemas in the Coastlands mall has been sold to Event Cinemas, who will assume operations of the cinema at the end of July. Reading cinemas had previously pulled out of its Kapati complex in May 2010. Stuff.co.nz – 29 June 2016

UK (Wales) – With the prices of Xenon-based projectors dropping, small community cinemas are becoming ever more affordable. One such is the 50-screen cinemas that has just opened in a former police station at Blaenau Ffestiniog. The installation was made possible by a GBP £100,000 grant from the Arts Council of Wales and Magnox, meaning the town once again has a cinema after 40 years without.”We did a survey of what the young people wanted and a cinema was top of the list,” a local youth councillor is quoted as saying. BBC – 28 June 2016

Spain – Kinepolis is opening a new multiplex in Grenada. Located in the Nevada mall in Armilla, the multiplex will have 8 screens and 1,693 seats (average of 211 seats per screen) and open before the end of the year. Kinepolis already has a 15-screen multiplex in the region. RTBF (Fr) – 28 June 2016

France – A three-screen cinema is opening in the Borderouge neighbourhood in Toulouse in September 2017. The cinema will have just under 300 seats and is the result of a co-peration between the Le Regent cinema, Saint-Gaudens, and the Utopia network. Actu (FR) – 28 June 2016