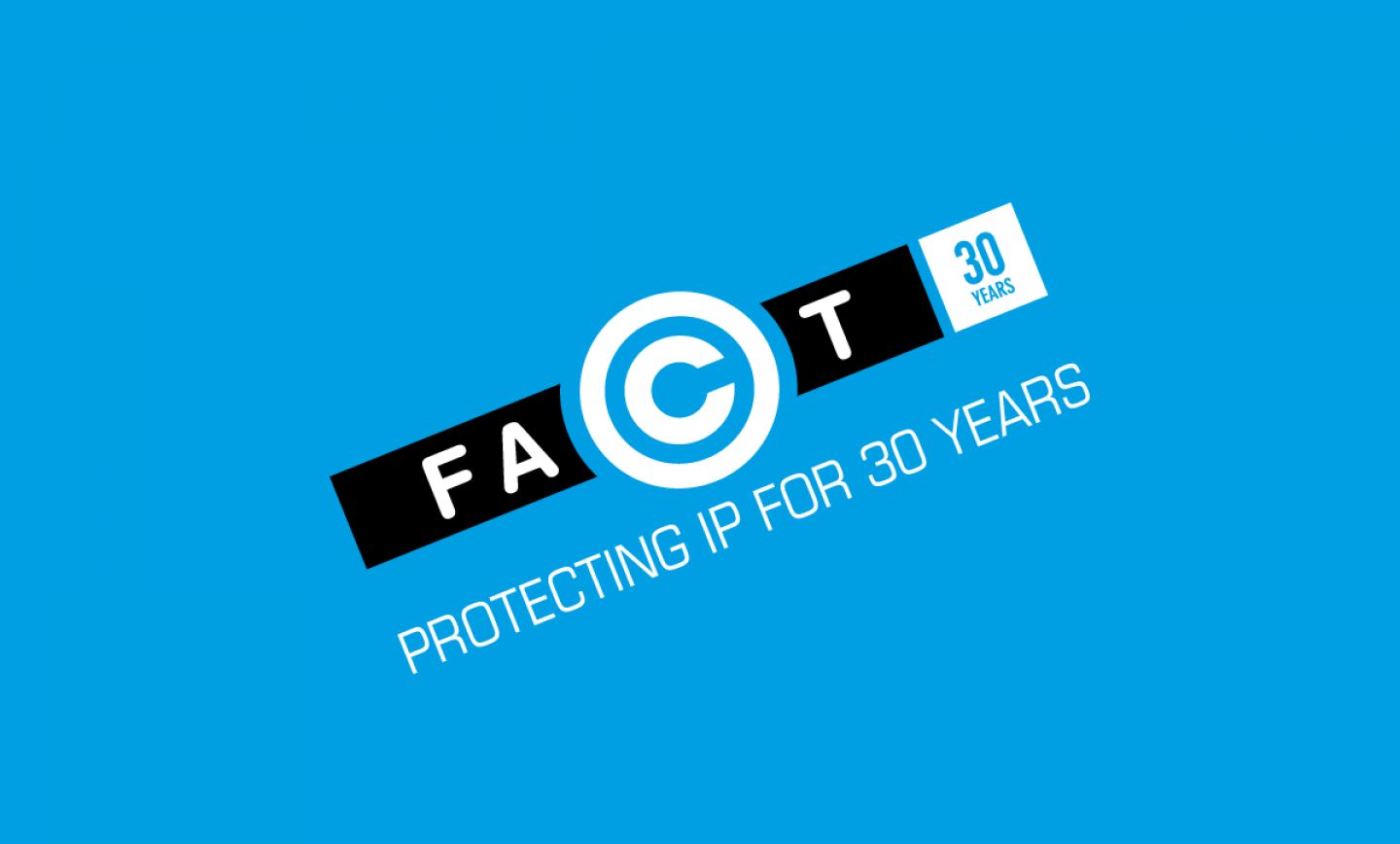 UK – Leading anti-piracy organisation FACT looks set to lose half its budget before the end of the year. The Motion Picture Association (MPA), which contributes 50% of FACT’s budget, will not renew its membership after 30 years. MPA said that it intends to focus on regional hubs as opposed to specific territories, given that piracy not largely thrives online. Screen Daily – 24 May 2016

New Zealand – Cinema software major Vista and its sister company Movio have signed a deal with Ster-Kinekor, Africa’s largest cinema group. Under the terms of the joint proposal Ster Kinekor cinemas will be operating nearly all of Vista’s modules. The software will be rolled out before the end of the year to all of Ster-Kinekor’s multiplexes in South Africa, Namibia, Zambia and Zimbabwe.  Press Release – 23 May 2016

New Zealand – Vista has also crowned winner at PwC’s “Hi-Tech Company of the Year” awards at the New Zealand Hi-Tech Awards Gala. The judges motivation was “Vista Group demonstrated strong growth with an offering that truly has worldwide potential… A great Kiwi company taking on the world and winning.” In addition Movio was named winner of the “Innovative Software Product” award. Press Release – 23 May 2016

USA (CA) – Legal complications in the film clearances lawsuit against Cinemark by the Cinemas Palme d’Or in Palm Desert, California, set to close this June. A termination sanction was issued by a Los Angeles judge over deleted emails by one of the plaintiffs, with Cinemark arguing that a loss of emails between 2007 to 2009 impaired the cinema chain’s ability to defend itself. THR – 24 May 2016

Argentina – Hackers allegedly managed to hijack an outdoor screening and replaced the comedy with an X-rated clip of a brunette stripping. It took ten minutes for the cinema operator to correct the situation, leaving audience members, which included children, shocked and blustered. Daily Star – 24 May 2016 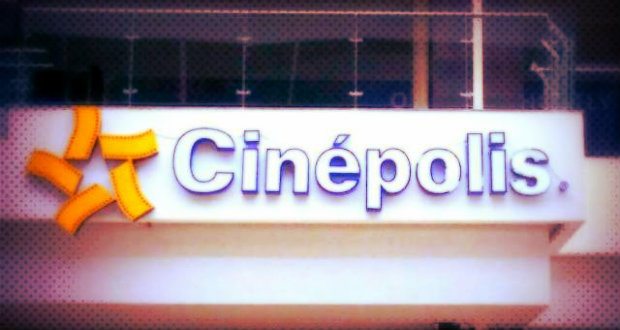 India – Cinepolis has announced that it will spend INR 4 billion (USD $59.3 million) in the coming two year to launch a further 160-170 screens on top of the existing 240. 60 news screens will be added in the Delhi NCR area by 2017, growing the footprint from 15 to 75. Javier Sotomayor, MD of Kinepolis India, is quoted as saying:

“We have acquired properties but can’t launch them yet due to real estate issues here. The multiplex business is closely related to the real estate industry and its pace of growth hasn’t been very robust lately. However, we are expecting a second wave of growth to come eventually.”

France – CinemaNext (part of Ymagis Group) has opened its first regional sales and technical support office at the Pôle Pixel in Villeurbanne, a suburb of Lyon. Based in the southern Paris suburb of Montrouge, CinemaNext France encompasses the exhibitor services provided by R2D1 and YES (Ymagis Engineering Services). Press Release – 24 May 2016

UK – Yet another dog-friendly cinema, this one in a basement in East London. The dogs (and their owners) got to watch “Paris, Texas”. There is even dog friendly popcorn and ice-cream. “I’m not sure they really watched the film, but they really enjoyed the bones and liked being around other dogs, to get together and socialise,” was how one dog owner characterised the experience. BBC – 23 May 2016

Malaysia – TGV Cinemam claims to be the first in Malaysia to launch Family Friendly concept. Children-friendly sessions are available at TGV Cinemas in Tebrau, Kulaijaya, Bukit Indah, Mesra Mall and Seremban 2 as of May 14. For toddler screenings there would be dimmed lights and lower audio. The Star – 25 May 2016

Mexico – Cinemex, or rather ‘CMX, The VIP Cinema Experience’, has partnered “world renowned restaurateurs and operators”, Lettuce Entertain You Enterprises. “Our goal from the beginning was to establish the pinnacle of the VIP Cinema Dining experience. In doing so, we felt we needed a partner who not only had the experience to match this lofty goal but the innovation to take it further,” Jaime Rionda, CMX’s SVP of Development is quoted as saying. Press Release – 24 May 2016

UK (Scotland) – Three women who got into a drunk fight at a Valentine’s Day screening of “Fifty Shades of Grey” have been let off with community work, rather than prison. Isabel Munro, 52, attacked three people in the cinema, dragging one woman to the ground by her hair and punching her face and body. She will do 90 days community work. Phyllis Ross, also 52, was fined GBP £450 for attacking a man. Carolanne Munro, 32, “was fined £200 after she admitted shouting, swearing and behaving in an aggressive manner.” Daily Record – 24 May 2016

USA –  BoxOfficePro asks if 2016 is the Year of Laser, with Santikos having become the first circuit to announce that it will install laser (replacement) in all of its screens. Santikos president Art Seago is quoted as saying that,

“We didn’t really promote laser because it would have put us in between a rock and a hard place—you can’t tell guests that laser is the latest and greatest technology, but you can only enjoy it in one screen.”

He also cites low cost of maintenance as a key factor.Cinemeccanica, Christie and NEC are also bullish about the prospects of laser this year – perhaps not surprisingly. Box Office Pro – 24 May 2016

“There are different trends happening simultaneously in the different segments of the market. Premium screens and premium movie experiences are an important one: high brightness laser projection, immersive audio, but also things like recliner seats fit in that trend. Another important trend is that towards more automation and higher operational efficiency: laser phosphor projection fits in that corner; as does better integration between POS, TMS and media servers.”

A more in-depth interview will be published in the magazine. InAvate EMEA – 23 May 2016

“AR potentially has a strong role to play in cinema lobby displays with consumer mobile devices and things like interactive display walls. Others are making the headsets. Content that leverages AR/VR will come from a variety of sources, including studios, businesses, governments and cinema-industry tech players, such as Christie.”

There will also be a longer interview with Adil Zerouali in the magazine. InAvate – 23 May 2016

USA – John McLaughlin, the man who created the rollercoaster voyage that is shown in Regal Cinema’s feature presentations, has died at the age of 46. He was a VHX artist and had worked on “Shark Tale” and all three “Kung Fu Panda” movies, but this was his favourite personal project. Mashable – 24 May 2016

USA (FL) – Landmark is the proposed cinema operator for The Shops of Merrick Park, located on city property, needs the permission of the Coral Gables City Commission. However, the non-profit Coral Gables Art Cinema located nearby is concerned about the competition from a major national chain. As it is also a tenant of the city, the two cinema operators have been given a month to resolve their differences. Miami Herald – 24 May 2016

Australia – Maitland councillors have approved plans for an AUS $18.2 million (USD $13.1 million) 900-seat cinema and leisure centre for Mitchell Drive at Green Hills. The town already has one cinema but the growing population means that there is confidence that that a second cinema would be viable. Maitland Mercury – 25 May 2016

India – Cinepolis has launched its first “international multiplex” in Delhi. Other than offering “the best-in-cinema experience coupled with state-of-the-art technology” it is not clear what makes it any more ‘international’ than Cinepolis’ previous multiplexes in India. Ashish Shukla, Kinepolis’ Director Expansion is quoted as saying that “Cinepolis @ Unity One, is the first of our Ebony design concepts. It’s premium, it’s luxurious and brings the best in cinema experience.” [Ebony=’international’?] Kinepolis has 240 screens across India. Siasat Daily – 23 May 2016

India – PVR has opened a five-screen multiplex at Orion Mall at Panvel, Raigad District in Maharashtra. PVR now has 143 screens in 35 cinemas across the state of Maharashtra and 524 screens at 114 properties. The latest installation features 4K projection and 7.1 audio. LiveMint – 25 May 2016

Pakistan – Cinepax Cinemas has opened its ninth cinema in Pakistan in Murree. The newly launched cinema with a seating capacity of 296 people is located in Murree, Arts Council, near GPO Road. The Nation – 24 May 2016

Germany – The last Art deco cinema in Germany has had a sound and vision upgrade. The 90 year old Capitol cinema in Bernburg has swing doors, red velvet seats, gold ornaments – and now also stereoscopic 3D and high end sound, all controlled from one laptop. While Capitol is staying open, not all German cinemas are so fortunate, with around 200 having closed since 2002. MZ (DE) – 23 May 2016

UK – Dorset’s oldest cinema has re-opened after a GBP £70,000 refurbishment. Improvements include re-upholstered seats, new carpets fitted, new floor rake, new roof insulation, state-of-the-art LED lighting. “The refurbishment is aimed at improving the comfort of movie goers whilst keeping the special historic character of the Rex which is so loved by our patrons,” said David Evans, Rex Cinema chairman. Bournemouth Echo – 25 May 2016

Lithuania – The first airport cinema in northern Europe has just celebrated its first anniversary and apparently been a great success.

According to the Lithuanian Film Centre, people who never go to the cinema now visit FilmBox LT and certain passengers come to the airport early to check-in in order to see the films. The movie theatre is also a hit among the airport staff who visit it on their lunch breaks.

Films screen on loop and are free in the departure hall next to Gate 2. IndieWire – 24 May 2016

Japan – The Miyako Cinema Co-op is set to close this autumn. The communally run cinema is the last one to operate in the north-east of Japan coastal area that was hardest hit by the Great East Japan Earthquake of 2011. Attendance had decreased ever since and the cinema was running a deficit of JPN ¥40 million (USD $362,000). Mainichi (JP) – 25 May 2016

UK – Renewed hope that the former cinema in Crystal Palace will revert to its cinematic self, as the local planning inspectorate has turned down an appeal by religious charity Kingsway International Christian Centre (KICC) to turn it into a permanent place of worship, saying that it is “harming the vitality of the town centre.” Picturehouse Cinemas remains interested in opening a cinema there. Croydon Advertiser – 21 May 2016

3. It’s all about the experience

“I’d say 80% of the people who come along will have already seen the film, so it becomes a more immersive experience.

“We’ve got street food, cocktails, live music and some great views over the city. You’re not just going to the cinema, you’re going to an event. Rather than just standing on a rooftop and showing a film, we always try and think what else can we do to make this experience more enjoyable.

“Obviously you’re on a rooftop, but we try to theme it as much as we can. We’re kicking things off with a Leo-weekender, so with The Beach there’s going to be an atmosphere of a full moon party in Thailand, and then The Departed will be much more urbanised, which shouldn’t be too difficult to create considering we’re in the heart of the city.”