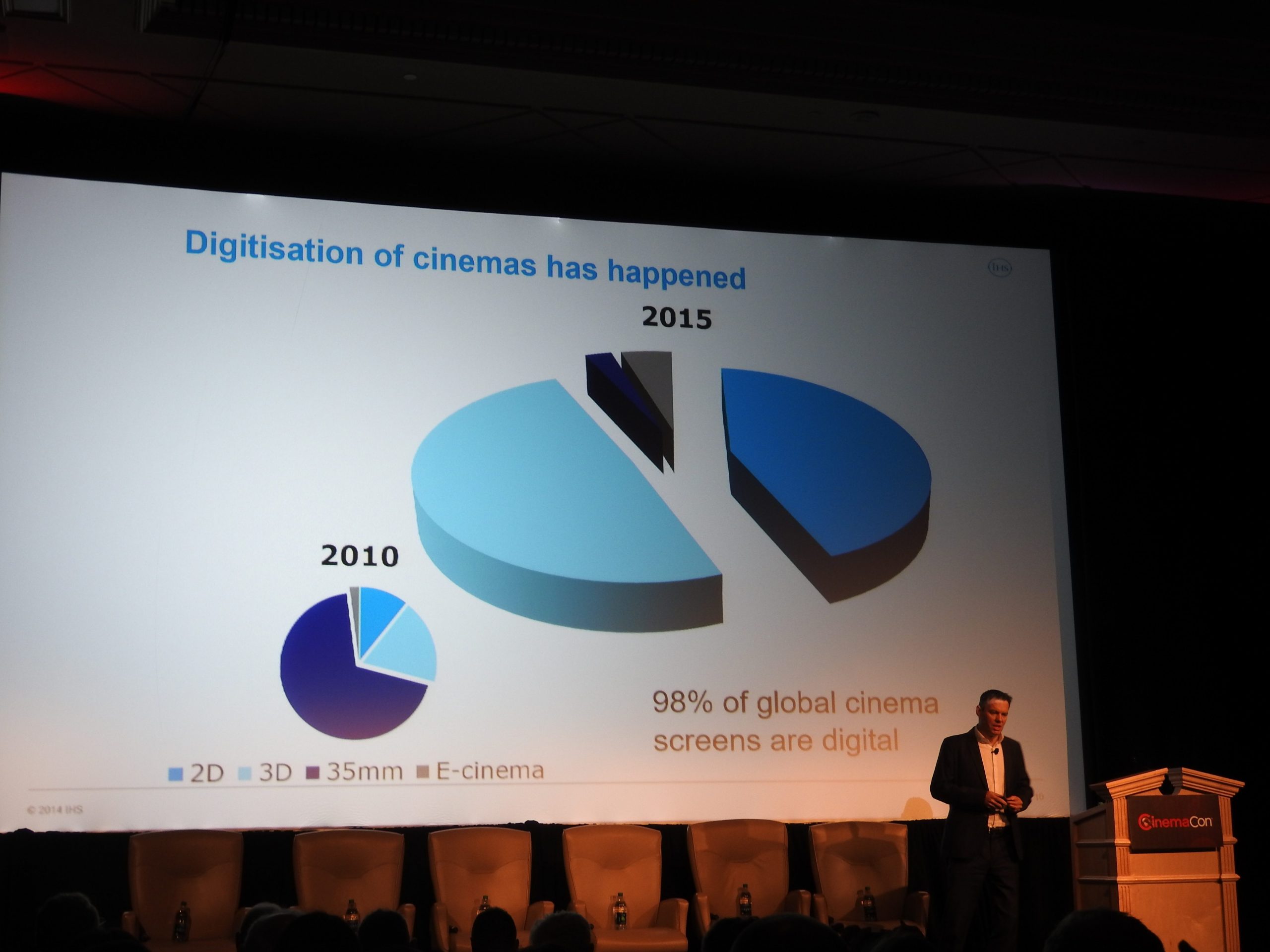 David Hancock, Director – Head of Film and Cinema at IHS Technology, followed the presentation by Fox’s Tomas Jegeus with a succinct and thought provoking analysis of what drives the cinema experience and continues to make it relevant, even as it evolves and the media landscape changes. “The title of this presentation could be, ‘Can cinema form part of the Experience Economy?’,” he noted at the outset.

Talking to Hancock the night before he shared an insight came to him when he was doing research on pop-up and outdoor cinemas, such as summer screenings. Whether these ad-hoc ‘cinemas’ are screening “Grease” in a temporary drive-in of or a Secret Cinema staging and showing of “Dirty Dancing” they are all films easily available on-line. So why do people pay a premium to go and see them in something less comfortable than a typical cinema? Because of the experience.

He began by showing some clips from arctic tours that his wife’s holiday company organises (but was far too modest to give a name check). “Cinema is part of a whole new sector. Once you have all the goods you need, then you go for experiences, which is not commoditized and you value it. That value is expressed in money.” Like going on a tour of the Antarctica in a Russian research vessel for USD $22,000.

Hancock posited that in the past the drivers for cinema were relatively simple, dividable into a quadrant of: content (film), venue (cinema), technology (35mm film) and social (an evening out with friends). Straddling all this was The Experience. With Digital this has evolved to be a richer experience. “Social is is the real reason for the success of cinema,” Hancock affirmed, “that is why cinema is not dying.”

On the other side, though not numerically quantified, there is premium seating, in-dining, PSF (premium small format)/boutique and Secret Cinema/pop-up cinema. This all gives a clear pointer for the future to the Premium Experience of cinema. “Why are they premium,” Hancock asked rhetorically. “Because they cost money to install for exhibitors. For customers they are premium because they are worth paying for. It is immersive,” he added.

Hancock also discussed how the four quadrants are changing. “Future – where we are moving towards; what was simple before is a lot more complicated now.” The projector is now a play-out machine for all sorts of content. 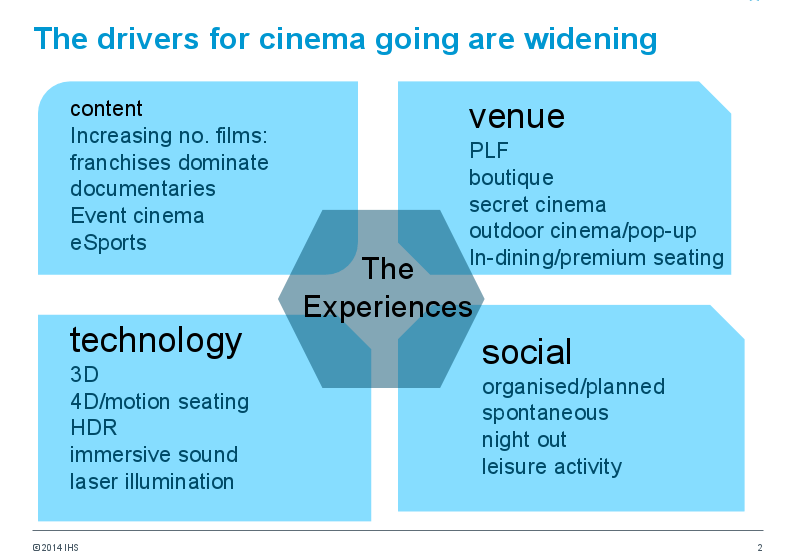 This in turn means that there is a market segmentation developing. Social is an important factor across all types of screens. But Experiential doesn’t for example apply to the local community-based cinema or non-theatrical cinema, while 3D and 4D are not linked so much to the value of the Venue as an experience. Meanwhile the film is not a factor for Secret Cinema (which half the time doesn’t tell you what the film is) or pop-up cinemas (showing films that you have most likely seen already).

The conclusion is that cinema is going through a more interesting, if uncertain, time than perhaps ever before. “The future of cinema is all about Experience,” Hancock concluded.

With the ‘International Day’ confined to just over half of the first of the four days at CinemaCon – despite international box office now accounting for USD $24 billion to $27 billion, compared to just USD $11 billion for North America in the last year – it would be a shame if these important insights were not taken to heart by all of the attendees of what is the world’s most important cinema business trade show.