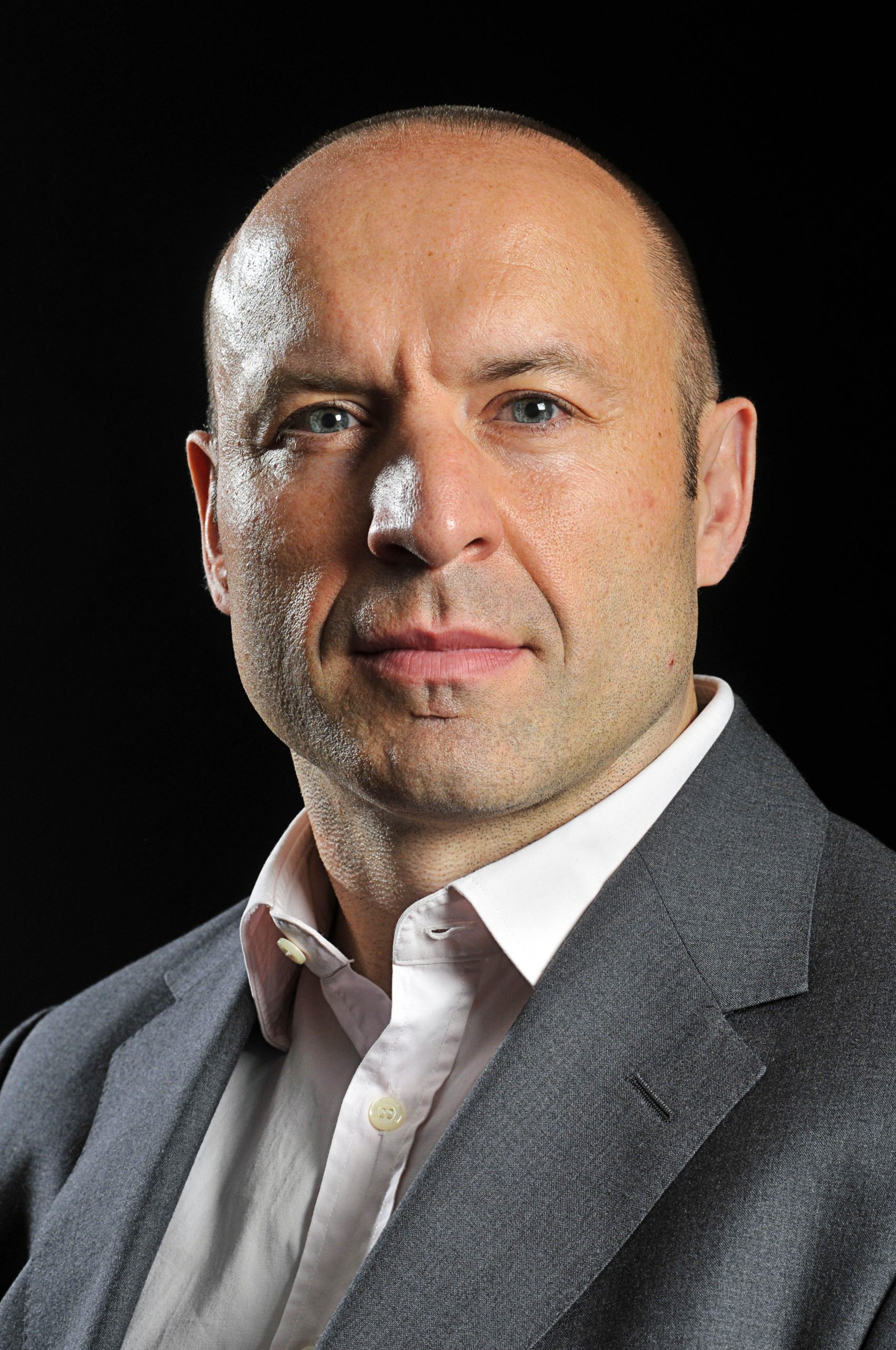 Phil Clapp is both the head of the UK Cinema Association (UKCA) and President of the pan-European cinema trade body UNIC.  In his role at the UKCA he was instrumental in replacing the Orange Wednesday 2-for-1 movie ticket scheme with Meerkat Movies. As President of UNIC he has played a key role in giving the fragmented European exhibition industry a unified voice, as well as shepherding the CineEurope trade show in Barcelona, which replaced CineExpo Amsterdam predecessor) to its current success.

CJ put some questions to Phil on the eve of what promises to be the biggest and most ambitious CineEurope yet.

Celluloid Junkie: The Cinema Exhibitors’ Association recently re-branded as the UK Cinema Association (UKCA). Is this just a cosmetic change or is the role of the organisation evolving?

Phil Clapp: I wouldn’t like to think of it as solely cosmetic, but nor does it reflect any significant change in the role of the organisation, which remains to represent the broadest possible range of UK cinema operators and support them in their efforts to encourage as many people as possible to enjoy the big screen experience.

The name change rather reflects a desire to ensure that our brand and image remains a modern and relevant one. Few if any people – particularly amongst the cinema-going public – relate to the term ‘cinema exhibitor’. The new name more accurately reflects what our members do, which is to run cinemas.

CJ: You’ve spent a large part of the start of the year working on the launch of Meerkat Movies to replace Orange Wednesdays. Can you tell us a bit about how that went and what the early indications are?

Phil Clapp: In truth, the work leading up to the launch of MEERKAT MOVIES has been almost two years in the making, and has involved a significant number of other industry colleagues across both exhibition and distribution. Setting up a cross-industry promotion of this scale has involved an incredible number of moving parts, many where even given our experience of the EE/Orange Wednesdays promotion, there was no ‘route-map’.

Comparethemarket.com are an incredible engaged partner, with a genuine interest in understanding every aspect of the industry. As evidenced by the unprecedented marketing effort which accompanied the launch at the beginning of April (and continued pretty much unabated since) they are also exceptionally ambitious for the promotion. We’re only in the early weeks, and there is still some work to be done in ‘landing’ the brand, but all the signs are very positive.

CJ: Last year was a year of mixed fortunes at the box office across Europe. Was this just a case of local hits proving a saviour in some markets or where there also other factors at work?

Phil Clapp: It’s difficult to pin down success or relative failure to one or two factors across such a broad and varied range of territories, but I think it generally true to say that the international slate in 2014 did not engage audiences in the way that any of us hoped.

And that where there was strong performance, it was driven almost exclusively by local content, be that Ocho Apellidos Vascos in Spain or Qu’est-ce qu’on a fait au Bon Dieu in France.

CJ: Given that this year looks set to be an exceptionally good one for cinema, is there a danger that more long term structural issues will be overlooked?

Phil Clapp: I agree that there is a shared sense of optimism across the European industry this year, focused in the main on what seems to be an exceptionally strong international slate.  And I think that while we are still in a phase of learning post the digital transition, all the signs are that it is starting to deliver the flexibility of programming we had hoped for, allowing revenues to be drawn from a broader range of films and audiences.

But in Europe in particular I think no-one is blind to some of the more fundamental challenges we face, not least an apparent over-supply of local product (often with European or national funding) and a seeming disconnect between much of that content flow and the tastes and interests of our audiences. Part of the role of UNIC is to provide a reflection of that reality to the Commission and – through member associations – to national governments.

CJ: Are there lessons that can be learned from one market that can be applied in others across Europe, such as Cinema Spring in France?

Phil Clapp: Without going into the detail, the answer is undoubtedly yes. There are a wide range of what might be broadly termed audience development programmes across UNIC territories. Some are aimed at specific groups, such as young people or isolated communities. Many but not all involve some element of discounting. We are currently looking at what role UNIC – amongst its many other tasks – might play in bringing together best practice in this area.

CJ: Is enough being done to address the challenges in attracting children and young people to the cinema?

Phil Clapp: Following on from the above, it is notable that a number of recent audience development efforts have been targeted at the youth audience perhaps conveying a general sense of concern that this particular age group – which has in the past been the mainstay of the cinema business – is becoming increasingly distracted by other (legal and illegal) film-watching and wider leisure opportunities.

Whether this problem is quite as marked as some would have you believe I’m not so sure, but it would be foolish, given the highly-connected world in which most young people now live, to be complacent and not do all we can to convince them of the value of the big screen experience. [Engaging the youth audience will be a key seminar topic at CineEurope].

CJ: With VPFs gradually expiring in UK and elsewhere, are we seeing changes in programming pattern and if so, do you see this trend accelerating?

All the evidence we have seen – not least the fact that most VPF deals are recouping earlier than expected – suggests that there is now greater flexibility in programming than we saw in a 35mm world. It has to be recognised that that has happened during a time when the existence of the VPF regimes, where the amount paid by the distributor depends on closeness to release, potentially works against that trend.

Once the VPFs are paid off, in maybe two or three years for many, we might in fact see this freeing up increase further, although I do not believe that – for a variety of reasons – we will ever see all cinema getting all of the films they want to on release.

CJ: This year saw several hundred cinemas in Germany boycotting “Avengers: Age of Ultron” over rental terms. Overall, how good do you consider relations between exhibitors and distributors to be at the moment?

Phil Clapp: I think that ironically in times when the sector is challenged and when – as now – it is relatively prosperous, then you will see tensions between counterparts in exhibition and distribution as both seek to do best for what they perceive as their interests.

But I think in general relations are good and that there is a shared sense of endeavour about making the most of the strong slate we will enjoy this year and next.

CJ: Netflix Ted Sarandos said at Cannes this year that “nothing we’re doing is meant to be anti-cinema.” Given that some of your own members such as Curzon are themselves involved in day-and-date streaming of films, does it mean that exhibition has made its peace with internet delivery of films?

Phil Clapp: I think whatever our views on the release window, we all understand that there are simply too many films released in Europe each year for them all to have a theatrical release. Many will find their audience on digital platforms without ever coming near a cinema.

The hope must be however that the best of those do make their way onto the big screen and that where they do, then those involved in their production or distribution recognise the proven value of observing an appropriate theatrical window.

CJ: What can attendees of CineEurope expect to be different from last year?

Phil Clapp: One key development this year is that we will be offering simultaneous translation of the opening ceremony and main seminars. This is something we have been wanting to do for a while, and this will we hope be just the first step in this direction. Languages offered this year will be French, German and  (of course) Spanish. If the response to this is positive, we plan to consider a broader range of coverage (and possibly languages) in the coming years.

Otherwise, those attending this year will not see any seismic changes, but rather a continuation of the progression which has taken place over the last few editions of the show: an attempt to integrate the discussion panels and the tradeshow, this time with a larger seminar room on the tradeshow floor; a further extension of our invitation to key European distributors to play their full part in the programme of slate presentations. And of course the usual range of networking and social events which make CineEurope such an enjoyable, if occasionally tiring, experience.

We think we’re on the right track with all of this, and other changes, but are always open to comments or new ideas on how we can make the show even better.

CJ: Thank you for sharing your insights.