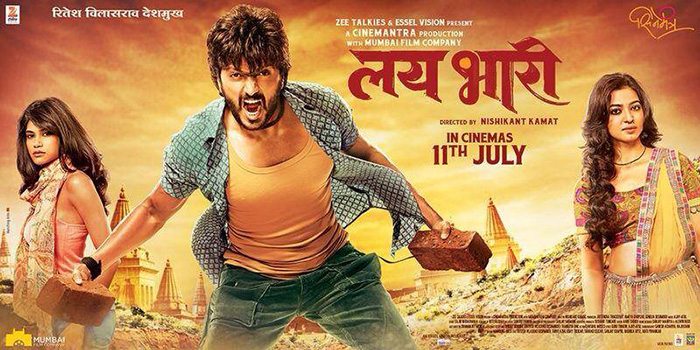 Multiplex operators in Mumbai and the surrounding state will be obliged to screen local Marathi-language films in a move that has stunned and upset the Hindi-language Bollywood film industry.

While Bollywood is centred in Mumbai, the main language spoken in the western state of Maharashtra is Marathi, which has its own smaller film industry.

The Maharashtra state government led by the BJP and Shiv Sena parties has told multiplex operators to show films in Marathi in prime time slots (defined as 6pm to 9pm) every day of the week.

It will also be compulsory for cinemas to play a 90-second documentary about Dadasaheb Falk, a Marathi film maker widely considered the father of Indian cinema. Maharashtra was previously the only state where the Indian National Anthem was played before each screening and audiences are obliged to stand.

The decision has divided the Bollywood film industry, with several Bollywood actors of Marathi origin coming out in favour, but also many questioning the decree, with much of the debate playing out in 140 characters and in English on Twitter.

The State government had previously given support to local Marathi film makers with exemptions from the entertainment tax levied on cinema tickets, while multiplexes in turn had been mandated to show 124 Marathi screening in a year, though usually relegated to morning slots.

But as Bollywood Hungama notes, this decree goes much further:

Tawade reasoned his move stating that when Ashok Chavan was the acting Chief Minister, he had given concessions to multiplexes that the morning time (shows) will be reserved for Marathi cinemas. Tawade added that, he has only changed the same to prime time now, but had not changed the number of shows the multiplexes will have to organize.

Leading the support of the move is actor Ritesh Deshmukh (also the son of the late Chief Minister of State of Maharashtra) who called it “welcome news”, while those opposing it include director/producer Mukesh Bhatt (also the President of The Film & TV Producers Guild), who questioned why the decision was made without first consulting the industry.

Noted actor/director Rishi Kapoor also expressed his displeasure, while Censor Board member and director Ashoke Pandit said that forcing anyone was not good for democracy. However, the biggest stars of Bollywood (the Khans and Bachchans) have so far stayed silent on the issues, presumably not wanting to incurr the wrath of local government politicians.

Tempers simmered over when noted local columnist Shobhaa De wrote, “This type of dictatorial policy needs to challenged. This type of regionalism creeping into entertainment is not a good news.” She also jokingly asked on Twitter whether popcorn would also be replaced with Marathi snacks “dahi misal” and “vada pav” in multiplexes.

This infuriated local Shiv Sena politicians who sought to move a ‘breach of privilege’ motion in the local assembly against Ms De. Shiv Sena MLA Pratap Sarnaik, raised a “point of propriety” in the assembly, claiming that Ms De had hurt the sentiments of the House. She replied that she was ‘a proud Maharashtrian and love Marathi films.’

Having recently won the state election, the BJP that is also the ruling party of India, aligned itself with the local ‘sons of the soil’ Shiv Sena party to introduce several measures aimed at strengthening Hindi traditions and local pride. The State of Maharashtra recently made the sale and consumption of beef punishable by lengthy prison sentences.

While this may seem like a storm in a ‘chai’ cup, the law could have significant financial implications for local multiplexes.

Marathi films are typically more geared towards and viewed by working class audiences in Maharashtra, which is why they tend to primarily play in single-screen cinemas. However, the language is spoken by over 80 million people (the 20th largest language in the world) and there is a significant Marathi middle class in Mumbai, with the local films occasionally doing better than Bollywood films.

Yet Indian multiplexes are typically just six to ten screens and dedicating one screen to a particular category of films, regardless of its wider appeal, means that it will squeeze out Bollywood and Hollywood fare, as well as smaller niche Hindi films and other regional language films (primarily South Indian ones) to the detriment of the box office.

Multiplex operators like PVR and Inox have so far stayed silent on the issue but will have little choice but to comply.

UPDATE: In a partial retreat Maharashtra’s state government has now re-defined “prime time” as meaning between noon and 9pm.

Here is The Indian Express‘ take on the latest development:

After marathon deliberations Thursday, the Maharashtra government finally decided to redefine the “prime time” for screening of Marathi films in multiplexes and consider three slots — 12 to 3 pm, 3 to 6 pm and 6 to 9 pm — for the shows.

Cultural Affairs Minister Vinod Tawde adopted this middle path to accommodate the concerns of multiplex owners and Marathi film producers and distributors, and to pull curtains on the controversy that had erupted after the government decided to make it mandatory for multiplexes to show at least one Marathi film during prime time hours in the evening.

The news will be welcomed by multiplexes operators, who are most likely to use the early afternoon slot, though may give successful Marathi films better slots in the future.