Women attending the opening night screening of “Fifty Shades of Grey” at Cineworld in Glasgow’s Renfrew Street had their bags opened and searched as they were waiting to enter. It is not known what the staff were looking for. 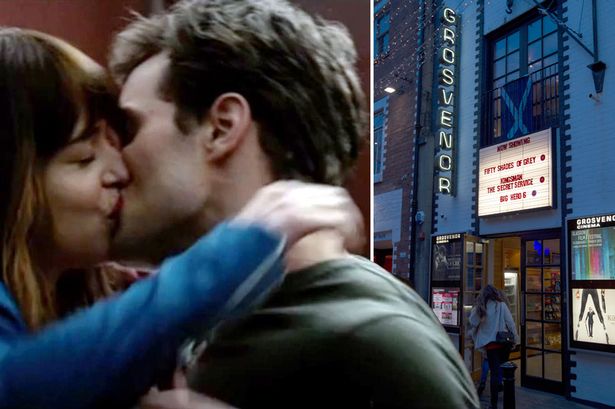 Maybe they were looking for sharp glass that rowdy and drunk women could do serious damage with, as was the case in this cinema also in Glasgow. There were also drunk women throwing up in the isles of the cinema.

Three women were arrested after a man was attacked at a screening of Fifty Shades of Grey on Valentine’s Day.

It’s understood the victim was glassed when he asked a group of rowdy women to keep quiet.

Witnesses said cinema staff had to wipe blood off the seats before the next screening of the sexy film, starring Jamie Dornan.  LINK

The ‘Fifty Shades of Grey’ film will not be shown in theatres in the UAE after distributors decided against releasing it in cinemas.

The National Media Council said the film’s distributors, Four Star Films, withdrew the production from being theatrically released in the UAE following the council’s decision to cut 35 minutes from the 125-minute film.  LINK

India – Following the consolidation wave amongst Indian exhibitors Business Standard looks at how the operators will brand themselves to attract attention. PVR and Kinepolis already have a strategy but what will Inox and Carnival do?

While the industry consensus is that inorganic growth will now turn towards regional chains and standalone cinema halls in areas where multiplexes still have not weaved their way in, the challenge of the big four players would be to differentiate from each other to cater to the same catchment areas. After all, the content (movies) is the same for most multiplexes and increasingly, especially after the consolidation spree, the big four will now find each other contending for audience from the same neighbourhood.

PVR, which had a head start in 2012, got off the mark in differentiating by creating sub-brands that cater to different sections of the audience. PVR Director’s Cut, for example, is a metro-centric concept, currently available in Delhi, while PVR Talkies can be found in smaller towns, bearing a marked difference in price-point in both movie tickets and food & beverage. The chain is also trying to spice up its content by looking beyond movies with its PVR Live brand, which works towards showcasing opera, ballet, sports and plays in its theatres.  LINK

USA (CA) – South Pasadena’s fabled Rialto theater has been sold to a property developer and may yet be re-opened.

Izek Shomof, a prominent redeveloper of older buildings in downtown Los Angeles, has purchased the historic Rialto Theatre in South Pasadena and hopes to turn it into an entertainment venue that could include a bar and screenings of old movies.

The 1,200-seat theater, listed on the National Register of Historic Places, is one of the last single-screen movie theaters in Southern California. The building was closed to the public in 2010 after a piece of the facade broke off and crashed onto the sidewalk.  LINK

India – The Central Board of Film Certification (CBFC) has issued a list of swear words that must under no circumstance appear in any Indian film screening in any Indian cinema. Ever. Indian film makers are not impressed.

“The CBFC is free to do what it wishes, but there is no lock, no gate, no bolt that it can set upon the freedom of our minds. This is a battle which they will never win because this is India, not China or Saudi Arabia,” filmmaker Mahesh Bhatt told The Times of India.

“Language is one way of showing the contrast between a bad and a good guy and his transformation if it happens. It’s also a reflection of our society,” filmmaker Madhur Bhandarkar said.

Hansal Mehta: Dear Indian government, If you decide what I should make and what my characters can say then why don’t you also fund my films? Dear censor board, go screw yourself.  LINK 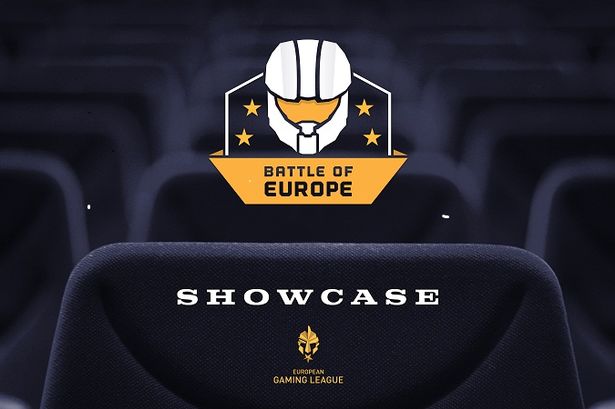 UK – For £10 you will be able to watch Halo 2 being played on the big screen in Showcase cinemas next weekend – just don’t call it “video games”, it is “eSports”.

Streamed live from the grand final in central London, the audience will experience a Halo 2 tournament like they have never seen it before, complete with live commentary from Europe’s top talent.

Europe’s best players will be fighting it out to win €10,000 and a wild card place at the Halo Championship Series Season Finals in the US in March. The event will include special food & drink packages and customers booking luxurious XLR seating will receive an exclusive Halo T-shirt.  LINK

UK – “Fifty Shades of Grey” is not just attracting cinema goers in huge numbers but has also attracted major advertising brands to the cinema. Such as Revlon above.

In the U.K., where audiences still arrive at the cinema early to catch the glossy, big-brand commercials, “Fifty Shades of Grey” is bringing Calvin Klein Jeans to cinema advertising for the first time. The movie has also inspired the less upmarket adult clothing retailer, Vibez, to make its own cinema debut.

Other brands keen to be associated with the racy film in the U.K. include Estée Lauder, Nike, General Motors, and Universal Music, which created the “Fifty Shades” soundtrack. The movie can only be seen by viewers aged 18 or over in the U.K, but is ranked “R” in the U.S., where under-17s can see it if accompanied by an adult.  LINK 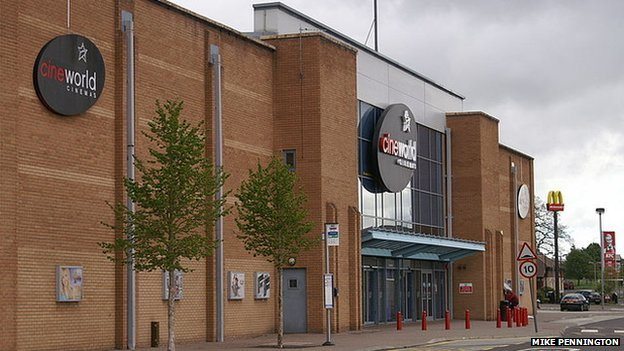 UK – An irresponsible prank, like this appears to have been, could have had serious or even fatal consequences.

Police are searching for a pair of teenagers after a fire forced the evacuation of a cinema in Dundee.

A bin was set alight in the toilets at the Cineworld complex at the Camperdown Retail Park at about 19:00 on Thursday.

The cinema was evacuated and fire crews called to extinguish the flames.

Police keen to trace two boys, thought to be aged about 13, one of whom was of a “chubby” build. Officers have appealed for information.  LINK

USA (CA) – Hundred of teenagers storming a cinema like popcorn crazed zombies. Something similar happened a year ago in Florida (see above).

Orange County deputies are trying to figure out why hundreds of teenagers suddenly rushed into the movie theater at West Oaks Mall in Ocoee Saturday night.

Deputies said as many as 900 kids, described as being in middle or high school, attempted to rush the theater at once.

“My anxiety hit the roof. I was like, ‘How do we get out?’” said moviegoer Jessica Weckerly.  LINK 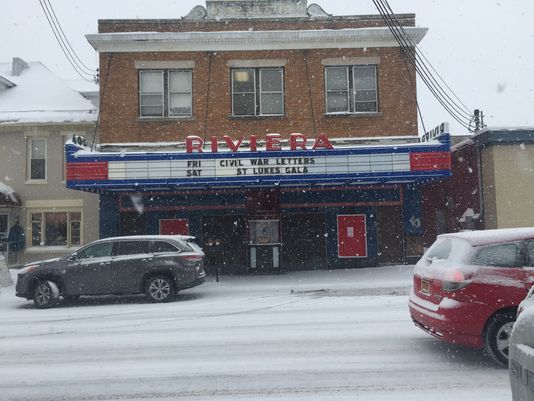 USA (NY) – A welcome return for this centenarian cinema.

The 101-year-old theater building in the Livingston County village’s downtown spent most of the last 20 years in silence, gathering dust and falling into disrepair. This Saturday will see its official grand re-opening after nearly two years of rehabilitation work by a pair of Geneseo-area developers.  LINK 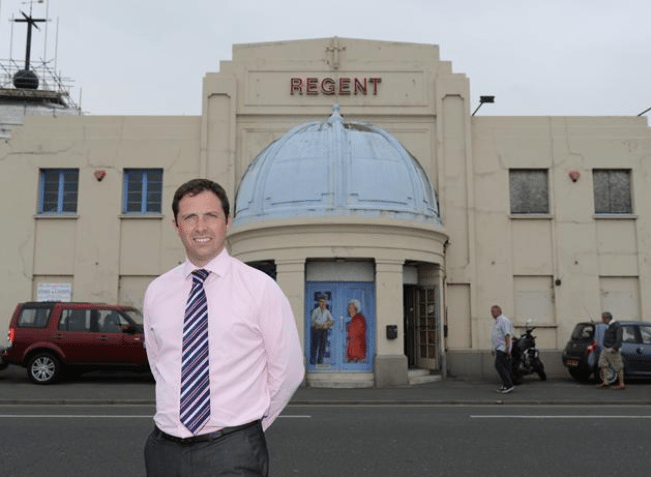 UK – A welcome re-conversion of a bingo hall back to a cinema looks like it is going ahead.

Developers of the Regent Bingo Hall have given assurances that talks are ongoing for their plans to transform the landmark back to its former use as a cinema.

Despite hold-ups, developer James Wallace said his team was still committed to the project, which would create a cinema and exhibition centre and a two-level restaurant in Deal.

Mr Wallace said access rights to the side and rear of the Beach Street property are responsible for delays to the project. The developers are now waiting for a Letter of Intent from the building’s owner, Dover District Council (DDC).  LINK

Around 40 Norwegian protesters (mostly female) protested against the screening of “Fifty Shades of Grey” outside Colloseum cinema in Oslo. I am, as so often, reminded that the Swedish advert for “Monty Python’s Life of Brian” included the tagline “The film that was so funny that it was banned in Norway.” Because it is and was.  LINK