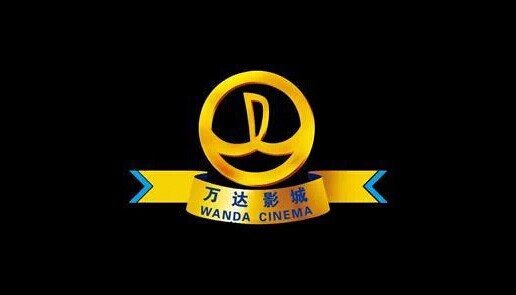 Wanda Cinemas has published its first post-IPO figures for they whole of 2014 and they show overall growth in the number of screens and box office, though the exhibitor’s market share has slipped somewhat.

However, Wanda Cinemas’ overall marketshare slipped slightly, after having grown for the previous three years.

In January this year, the State Press and Publication Administration of Radio Film Board has already grossed Chinese film last year had informed: 29.639 billion yuan [USD $4.75 million], an increase of 36.15%. This makes it possible to calculate the Wanda Cinema last year accounted for about 14.2 percent of the market.

It is difficult to compare the figures and total takings with previous years accurately due to tax reforms in the past year that have impacted cinemas’ revenue. This is due to the total box-office deduction of 5% which goes to the “special movie fund”, and then there is a further 3.3% of the tax deduction, and only then do we get the net box office.

Wanda Cinemas continues to benefit financially – and enjoy an advantage over competitors – because of the close ties between Wanda Cinema and Wanda Plaza real-estate. This means that Wanda Cinemas are shielded from rising rents costs that affect other theatres.

However, this sort of arrangement only continue for as long as the real-estate market is strong and Wanda Plaza can afford to play corporate sugar daddy to Wanda Cinemas.

Now that both companies are listed companies there could be questions about this type of arrangement if the fortunes of the two companies start diverting. Though with the majority shares of both companies firmly controlled the Wang family, there is not much other shareholders can do to alter this cosy arrangement.

The Win Business article recognises this and flags it up towards the end:

One had the experience of cinema film distribution company executives have told the Post reporter, because the expansion, Wanda Cinema’s construction has been faster than the Wanda Plaza, since 2009, Wanda Cinema theater in addition to Wanda Plaza building, which adverse effects on Wanda Cinema brings is: leave the advantages of the original rely on commercial real estate, to be faced with high rents and competition is fierce lots of other good, Wanda Cinema regarded newcomers.

When Wanda Cinema in other locations need to compete with other companies cinema location, facing the same starting line, the viability of other companies is not bad. 2013, while the output of Wanda Cinema barrage of 2.5353 million yuan, a lot higher than the industry average, but it is not the industry’s highest, as shadow theater of its own shares in a single screen output reached 3.3688 million yuan.

In a separate development Arts Alliance Media has announced more details about its technology deal with Wanda Cinemas, first revealed at last year’s CineAsia. At the time it was stated that:

The partnership will see AAM serving as a primary technology partner to Wanda with the aim of creating efficiencies, increasing revenues and improving customer experience across all of Wanda’s cinema operations. The partnership covers both existing business and future developments.

The new details reveal that AAM will be providing its TMS and NOC to over 1,500 Wanda cinemas:

AAM’s Lifeguard hardware monitoring system and Screenwriter Theatre Management System (TMS) will be installed on over 1,500 screens initially, a footprint that will grow over the coming years as Wanda maintains its position as China’s largest circuit. The rollout of the software will begin immediately.

Lifeguard is integrated into Arts Alliance Media’s cinema software suite, but also works with multiple other TMS brands to fit seamlessly into existing cinema operations and provide a complete maintenance and ticketing system.

While this is a coup for AAM, financial details were not revealed (they rarely are in such deals) and the technology “partnership” is not as extensive as was perhaps first thought, since it does not include aspects of operation such as ticketing and POS (point-of-sale) software.

There could be more to the deal, with not all aspects possibly yet announced, as hinted in AAM’s statement in the press release:

John Aalbers, Chief Executive Officer of Arts Alliance Media added: “We believe that this agreement is one of the largest ever cinema software deals and we’re delighted to be making it with such an esteemed partner. This deal is the first rollout in our long term partnership with Wanda Cinema Line and we have some very exciting plans to bring the latest developments in cinema innovation to Wanda’s business. We’re rolling out Screenwriter and Lifeguard installations right now and are looking forward to delivering the software that helps Wanda create efficiencies and provide their customers with an even better experience. The next phase will be all about helping Wanda with revenue growth.”

But this deal is definitely as much about prestige as it is about revenue – if not more.