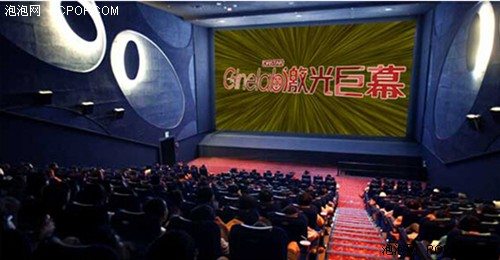 Today we catch up Chinese cinema news from the last couple of weeks, which I was unable to report while travelling. As always, the Google translation is not perfect, but as we do not have a journalist on staff who can translate perfectly from Mandarin (yet!), it will have to do. We are also saving the biggest piece of cinema news to come out of China recently for a separate post.

Our favourite Chinese (digital) cinema equipment manufacturer Chen Xing has issues a list of “Seven Rules for Cinema Brand Building” that heavily promotes its own technologies and solutions, while also providing an insight into the company’s thinking and strategy.

Don’t forget what we’ve written about them before: “China’s ‘Last Mile’ Plan for Digital Cinema: Ditch Western Technology.” This is as much true for smartphones and airplanes as it is for cinema equipment – China does not want to keep importing ‘Western’ technologies but build their own (then export it). Such competition and innovation should not be seen as a threat but a good thing.

Chen Xing talks about the alternatives it will offer up when it comes to laser (illuminated) projection, as well as immersive audio, where its Cinelab has developed 5.1, 15.1 and 17.1 audio which “get rid of the shackles of sources,” and offer “the perfect interpretation of the Dolby (ATMOS) panoramic sound studio truest sound.”

Chen Xing fires a shot across the bows of the other manufacturers by pointing out that while not being part of the original DCI elite, it is one of the largest server/media block deployers in the world today.

Among them, in the digital cinema systems, as film screenings server core products while always being SONY, GDC, Dolby, Doremi and other foreign manufacturers, “occupation”, but with the development of technology, more and more Chinese national brand manufacturers Chen Xing Technology began as “emerging” by the market influence is also rising. It is understood that the field of the world’s digital projectors DCI-compliant digital cinema server products, market share and influence were sorted by: GDC, Dolby, Doremi, Chen Xing AQ series.  LINK 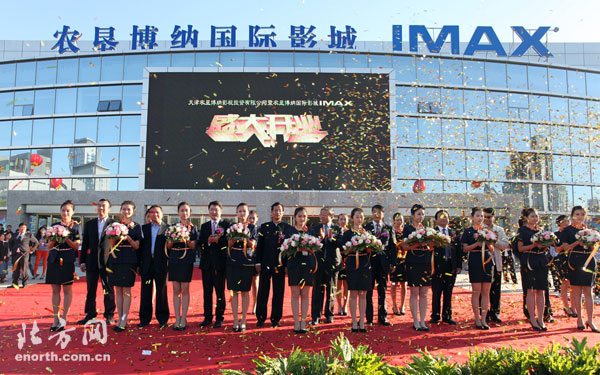 Imax screens only account for one per cent (1%) of the total Mainland screen count but an astonishing ten per cent (10%) of the box office, according to an interview with Imax’s director in China Yuan Hong. He also reiterates that China’s total box office will overtake the United States, some time between 2018 and 2020. “When will we surpass the United States? Five years ago we did not expect to ask this question, now it is just around the corner,” he observes.

Also at the box office, too, “as the movie, the theater itself is dependent on bringing new grossing film screenings, but also for the huge traffic.” Especially as the Lunar New Year stalls, summer gears up. “It also shows that, for shopping centre developers, the introduction of a cinema format still has a very good future.” At the box office, although high, it brings high turnover, but the scene, Yuan Hong also points out is “broke.” “For the cinema itself the profit margins are very limited, even if the movie is good, it is quicker to make money from popcorn, drinks, toys and other Transformers. ”  LINK 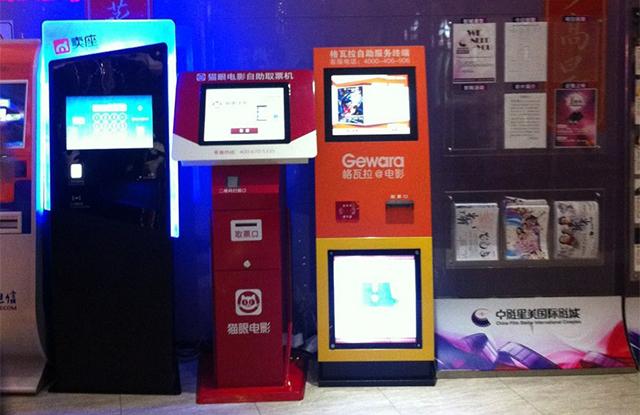 Next year an astonishing 50% of all cinema tickets sold in China will be electronically. But with several competing operators, this is not a smooth and easy transition for the industry, although the likes of Wanda and UME Studios have recently introduced single machines that can issues tickets sold by different vendors. And with greater use of barcodes, QR and other two-dimensional codes on smartphones, soon there won’t be a need to print tickets in the lobby, but merely to scan the smartphone entering the auditorium.

Following the comprehensive digital projection technology, Chinese film industry is undergoing a second major change, and that is the way ticketing network sells tickets. According to statistics, by the end of 2014 the network platform turnover accounted for about 40% of the total expected box office, and in 2015 it is expected to exceed 50%.

Way ticket network, also affected the audience and the theater is not just that it acts on the consumer end of the nature of the decision, the entire Chinese film industry will bring more disruptive change.

Just a few short years ago, the audience went to see the movie, bought a ticket at the ticket counter had to line up, credit card or even cash. Today, nearly half of the audience had to buy tickets without going through the ticket counter, but directly through the PC or can be completed using their phone. Entrance ticketing machines are too numerous: the major theaters or theater official website, micro-channel movie tickets, QQ movie tickets, the United States Mission Network, Cat’s Eye, Guevara, Time Network, Network Ticket Tetwork, etc..  LINK 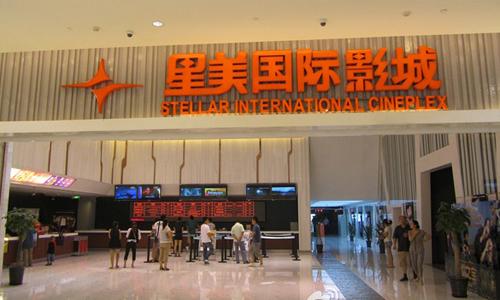 Wanda may be the biggest cinema operator in China, but it is not the only one, with even small players like Star Cineplex/Stellar International Cineplex (SMI/SIM) showing significant growth, coupled with innovation in areas such as cinema advertising. This analysis from Stockstar (!) provides an excellent overview.

By the end of 2014 the number will reach 100 cinemas: As in June 2014, the Group has a total of 83 theaters (2013: 68), and 582 screens (2013: 490), and plans to increase to 100 by the end of cinema , (close to our expectations 108). And is committed to the second and third tier cities such as Xi’an, Wuxi and other cities to open more theaters. And at the same theater program after three years the number reached 200. In addition, with the Group Theater covering major second and third tier cities, will become the majority group of customers nationwide advertising platform, coupled with our innovative promotional modes, including auto show held in the theater lobby, an increase of naming rights and other large auditoriums. We believe that the Group’s advertising and promotional services, will be able to maintain high growth, and for the Group’s new profit growth point.  LINK

As part of its expansion Star/Stellar has signed a deal with Imax for a further four screens.

IMAX Corporation and “Star Cineplex” cinema operator SMI Corporation Limited, today announced that it will expand both the revenue-sharing agreement, the new four IMAX theaters in China. After the signing of this agreement, IMAX theater Stellar’s number increased to 11.

“IMAX has become part of the cultural life of the Chinese concept of shadow in here, IMAX has been enthusiastic audiences embrace the experience and is considered the best Hollywood and Chinese blockbusters viewing mode.” SMI Corporation Limited Executive Director, said Mr. Zheng Jichong . “IMAX and we are pursuing quality and innovation, we are pleased by the agreement signed today IMAX build our business.”  LINK 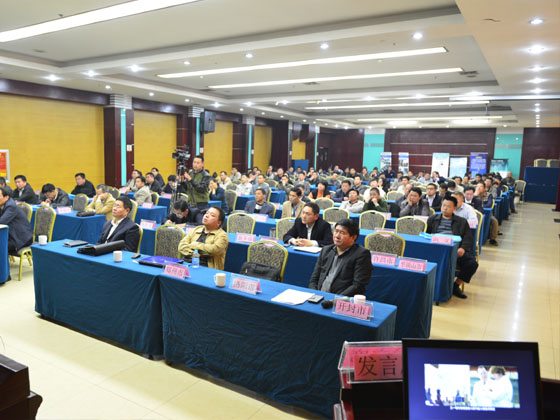 I used to joke that China could beat the West to digital cinema conversion, because it could simply make it part of its Five Year Plan. It now looks like that is no joke, because the target of completing the transition at county level cities is explicit in the “Provincial Radio and Implement the Provincial Press and Publication Nine Plenary Session of the Thirteenth Work Measures and the Division of Tasks” directive, where amongst other things it states: 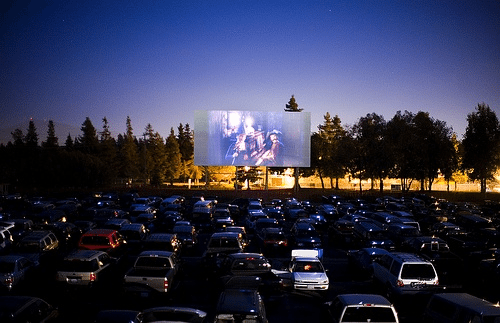 Drive-in cinemas seem to be opening as fast in China as they are closing in the United States. Like this one.

September 19 to 21, three Sheng CITY outdoor car theater officially opened. Not only can their mobile exclusive private space, to regain the feeling of open-air cinema, you can enjoy three-sheng · CITY free food, experience the unique charm of the car theater! 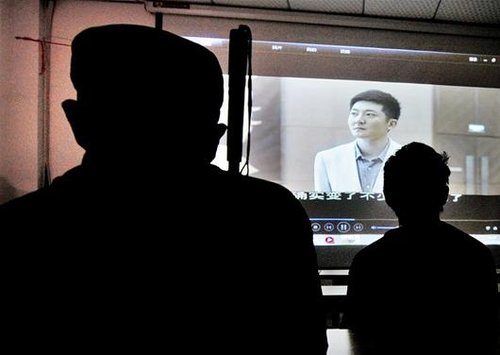 Sina news agency reports that there is a greater push by municipal authorities in cities like Shanghai to provide accessibility (or barrier-free) screenings for people who are visually impaired, usually at community centres rather than cinemas.

It is reported that Shanghai currently offers a monthly special barrier-free films at 16 commercial theatres for the blind in Jing’an, Huangpu District, the two focused on Cathay “watch” the other district (county) of people with disabilities are in their respective districts (counties ) theater, “watching”, all of these barrier films screened by special radio and TV host site as a volunteer to explain, explain, movies, theater schedule is the latest movie.

The City CDPF push “community accessibility cinema”, will be screened point is located in the community cultural center. Movie theaters showing off the assembly line for a month or two of the films, all in the “cinema” movies are through radio, television presenter and by the voice synthesizer production.  LINK 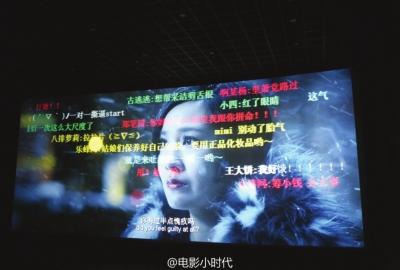 It seems the backlash against ‘cinema barrage’ has begun in earnest in China. While happily embraced by the ACG (animation, comics and games) youth crowds for films like ‘Tiny Times 3’ and ‘Qin Moon’, it does not appear to be spreading to other films yet.

However, then listen to the voice of the other party, you will find nonsense “viewing the new model” is really too early. In addition to the brightest fanatical fans, general audience curiosity money to watch “barrage field”, the resulting viewing experience is not satisfactory. A lot of people said:. “‘Barrage’ impact on viewing movies even see ‘barrage’ very happy, also distract the audience’s attention to the movie itself,” enthusiast “barrage” video site, also part of the on the “barrage” movie exists quite critical. When Acfun, beep beep Mile Mile mature “barrage” website to watch the video, the user can choose to block top, bottom, running screen or all of the “barrage”, so that you can concentrate on where you want to watch the video When the content of the free operation is not affected. But in the “barrage” movie, especially the “Tiny Times 3” selected “barrage” on the big screen run screen mode, so that the audience on the “barrage” off guard, making it difficult to accept. LINK 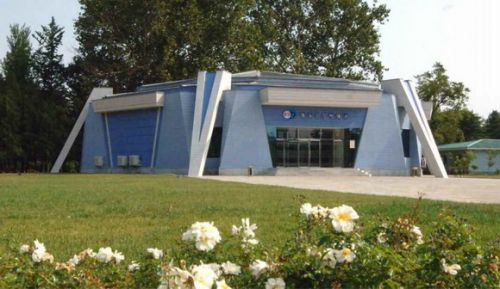 Several Chinese papers reported about North Korea’s first 4D theatre complex with five screens. Based on the pictures and descriptions it looks quite good fun. I hope to be able to review it in person one day.

North Korea will 4D movie called “three-dimensional rhythm of the film”, this movie is based on a 3D stereoscopic film, with shock, water, odor and other environmental effects simulation consisting of video products. September 2013, Pyongyang Aya Luo Renmin amusement park into a “rhythm rungra dimensional cinema,” to fill the gaps in the Korean domestic 4D theater. May this year, is located in Gangwon Wonsan of Greenfield Park and built a second “three-dimensional rhythm cinema”, which is where North Korea’s first 4D movie can play place.

In Pyongyang, a 4D movie ticket price is about 4000 Yuan currency (about 4 yuan), so the price compared with other consumer items swim, KTV, bath and fitness, really approachable. “Rungra stereoscopic cinema rhythm,” the completion and opening in Pyongyang set off a watch 4D movie craze. Most go to amusement parks Aya ??? people will watch a 4D movie theater. According to the Korean Central News Agency reported that the cinema opened only last a few days there were nearly a thousand customers to patronize, recently received the audience more than the million.  LINK 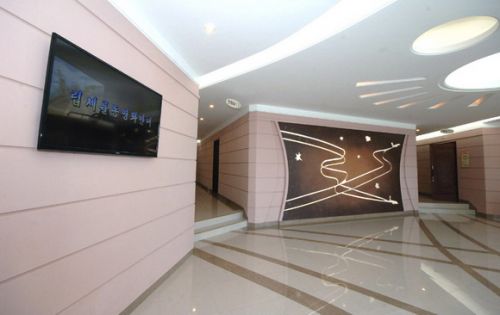