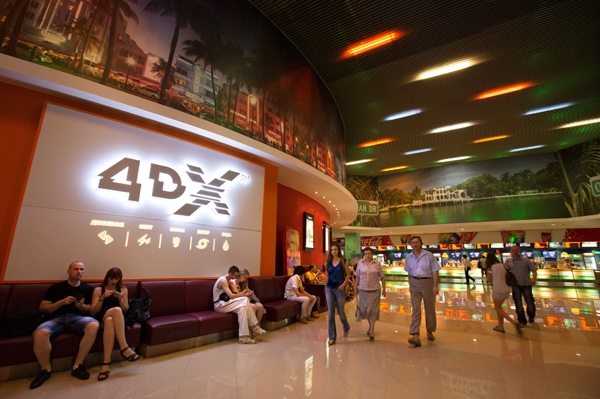 Rolling Stone magazine has an overview of what you can expect from the 4D movie going experience. Quite detailed and analytical, cutting through a lot of preconceptions without too much hype.

Most U.S. journalists have only participated in brief 4DX demos, but Rolling Stone was given the opportunity to test-drive a full feature — thus it’s appropriate that our film was a 4D-enhanced version of Need for Speed, the car-crazy Aaron Paul action-thriller. We were curious how the high-octane/low-IQ movie would work with a 4DX upgrade. Here are 8 takeaways from the experience:

It’s incredibly jarring to be in a seat that jerks around
Need for Speed’s first major action sequence — an illegal nighttime drag race — kicks off with a foot slamming down on a gas pedal, and just then your chair lurches back, creating the sensation that you’re in the car. From there, the motion of your chair mimics every turn of the racers’ steering wheels. There’s no escape; you’re part of the film.  LINK 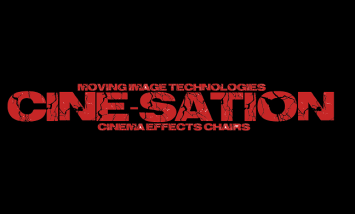 And if you can’t afford the pricey 4DX solution, there is a cheaper alternative now, this one also from Korea.

Joe Delgado, EVP Sales and Marketing for MIT says “We’ve explored the value add landscape for cinemas and concluded that the exhibition industry is doing an incredible job of providing an amenities-driven experience with larger screens, more luxurious seating, immersive sound, and of course the best in Digital 2D and 3D presentation.  LINK

USA (TX) – Selling alcoholic beverages in cinemas is up against different by-laws in different states. Alamo Drafthouse is trying to help change the law in Texas.

The Alamo Drafthouse Cinema in Katy is hosting a fundraiser Wednesday night for Open The Taps, the advocacy group for craft beer drinkers that is helping push the Texas Legislature toward loosening many of the restrictions that affect how our favorite beverage is made and sold in the state.

Alamo has a dog in this fight. The cinema, like all Texas businesses that hold a license to sell liquor in addition to beer and wine, is prohibited from selling to-go jugs of beer poured from their own taps. These growler sales are growing in popularity, and Alamo would like to be able to fill them and sell them the same way that bars with a beer-and-wine-only license can.  LINK 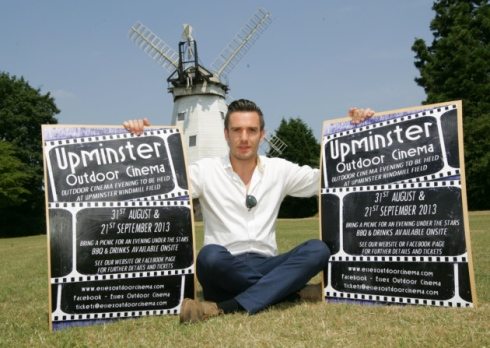 UK – Apparently screening films outdoors (and selling alcohol) also has its occasional problems, as witnessed by this council intervention in the UK.

Noise complaints could put paid to popular open-air cinema events in Upminster which organisers want to hold again from next month.

Essex Outdoor Cinema will find out tomorrow if it is able to screen again at the Upminster Windmill Field, in St Mary’s Lane, when its application for a temporary event notice goes before the licensing sub-committee in Havering Town Hall.  LINK 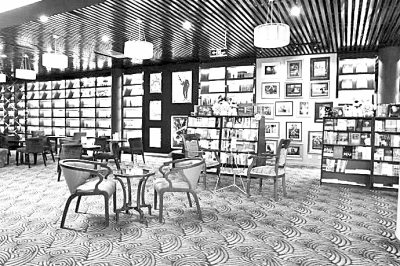 China – A fascinating and bold venture of combining book shops and cinemas is rolling out across China.

In 2012 Haibo library bookstore on Yishan Road had intended to have a cinema area, with the creation of a 4D cinema, in order to change the main business’ slow growth. However, due to space reasons the plan was ultimately not implemented. However, a combination bookstore and theater model is something Haibo Bookstore still intends to implement. Zhu Bing “stand declared,” the manager said: “We are going to create a small movie theater to attract more readers.”

By the end of December 2013, Shanghai Metro City stores POPULAR re-appearance after renovation, which is Shanghai’s first movie-themed bookstore. The bookstore was moved from the original fourth floor, fifth floor, not only the main elements of the film, but also adjacent to the movie theater, the cinema entrances are located in the bookstore. Assistant General Manager of POPULAR Dong Chen acquaintance believe that it might be able to inject new vitality into the bookstore. Dong Chen acquaintance revealed that the future will explore more ways of cooperation, such as nostalgic film festivals, film fiction book-signing event and so on. Since opening, the bookstore operation situation has improved compared to before.  LINK

Bahrain – Cinema goers in the Gulf state will no longer have to stand in line at the box office to purchase their tickets.

CINEMA tickets can now be purchased online, it was unveiled last night.

The partnership was announced at a gathering at Bahrain City Centre last night.

Orange/EE customers can to text the word ‘FILM’ to ‘241’ on their mobile phone. Orange/EE will send you a code via text message.

You may then use the code online to obtain a free cinema ticket (of equal or lower value) when purchasing a cinema ticket for the same screening. All cinemas participate with the exception of Cineworld Dublin and Jersey* as Orange/EE do not offer their service in those territories.  LINK 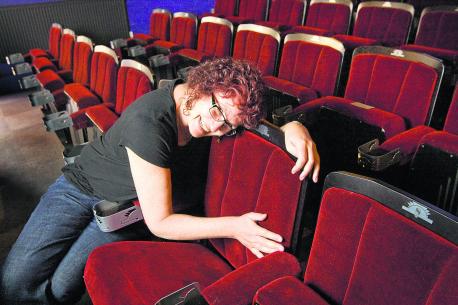 UK – The oldest cinema in my Alma Mater has not just got a digital projector but comfy new seats. Looks superior to what I sat on during those all-night movie marathons.

East Oxford’s Ultimate Picture Palace has been undergoing a major £100,000 refurbishment over the past three years.

And yesterday more than 100 new seats costing £30,000 were installed to bring the project to an end.

Owner Becky Hallsmith, pictured, raised more than £9,000 for the new seats through a public appeal supported by about 240 patrons.

She installed a new sound system and digital projector after taking over the Grade II-listed cinema in 2011.  LINK 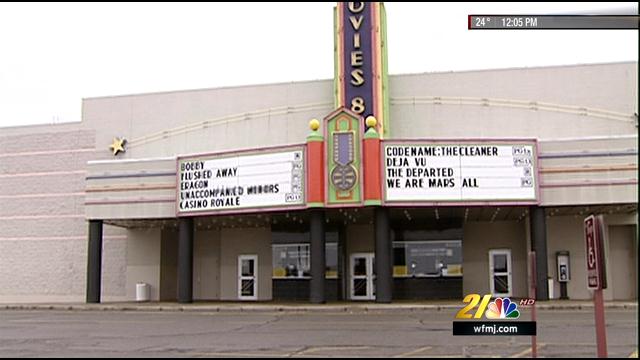 USA (OH) – It seems even some discount cinemas can survive the switch to digital. But this one may be the exception.

The second run movie theatre that closed in Boardman after 21 years in operation is opening again under new ownership.

The owner of Encore Cinemas, which operates Cinema Six in Niles, the Skyway Twin Drive-in and Laser Storm in Warren, plans to re-open the Movies Eight at the Shops at Boardman Park. 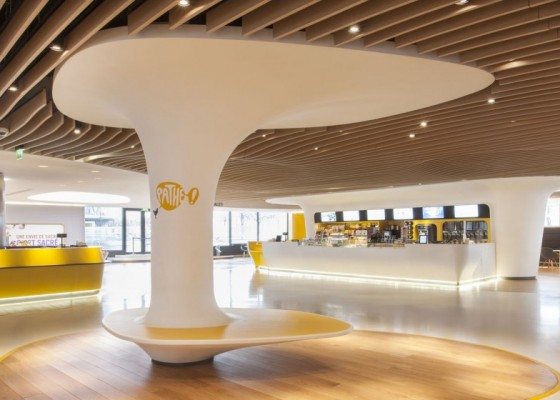 France – We may rave about Chinese cinemas, but we never forget that France is where cinema was born and still produces some amazing examples. Like this one that opened last November in the Beaugrenelle shopping center, close to the Seine in Paris’ 15th arrondissement.

City residents have quickly fallen under its spell. For one thing, the multiplex cinema (10 salles) was created by in-demand designer Ora-ïto. “What intrigued me was the idea of the future. I was influenced by Kubrick’s 2001: A Space Odyssey,” he says. “This cinema is an invitation to travel.” Indeed the hall, or lobby area, channels a futuristic airport.

Another strong selling point: the plush chairs, including romantic duos, equipped with drink holders. Top-notch technology means surround sound by Dolby Atmos, and one of the largest screens in Paris (18 metres high).

Forget buttered popcorn; here you can order up flutes of bubbly at the Champagne bar, or Italian gelato. Last but not least: there’s a babysitting service available for kids (between one and 10 years old) with games and ateliers.  LINK 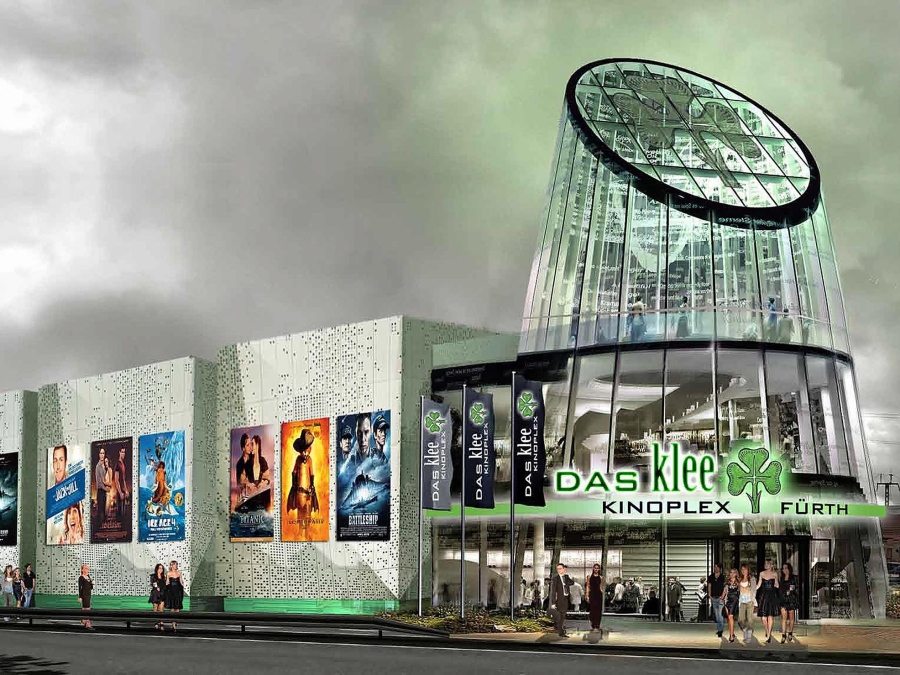 Germany – Looks like plans for this ambitious multiplex have to be scaled back due to budget and height restrictions. (I am also always amused by the posters that archeticts slap onto the sides of their computer designs – Jack & Jill and Battleships? Really?)

Baureferent Joachim Krausse is surprised he admits – because although there was a preliminary meeting with Oh, but Krausse has not had a chance to see the modified plans. However, he wanted to “not deny” that “they had met with concerns”  with him regarding the specific considerations. Reason: A single-storey entrance then stood over ten meters high cinemas – a huge disproportion. A lot of design influence but do not stay the municipality at a private construction project in a commercial area.

In the six halls with their planned 1100 seats, however, assured Oh, will there be any changes either in terms of the dimensions nor the art. Within the next few weeks, according to necessary “re-planning by the structural engineer” and if the city has given the green light, the work would continue on the road Gebhardt, the construction company was “ready for battle”.  LINK

Kuwait – More screens (including an imax) for the small Gulf state.

Kuwait National Cinema Company is getting ready to launch eight more movie theaters in Kuwait to be located in The Gate Mall with a total capacity of 1100 seats, said the company director of operations Hisham Al-Ghanim in a statement to KUNA here on Tuesday.

The company will also open a new IMAX movie theater in 2017, he said as he noted that he was in Cannes scouting for new movies to be shown on the company’s screens all over Kuwait. Already he signed up for three new movies, Bloom starring Mathew McConaughey, The Woman in Black, a British horror film starring Daniel Radcliffe, and The Tale of Tales starring Salma Hayek. These new movies will be screened in Kuwait in 2015 and 2016, he said.  LINK 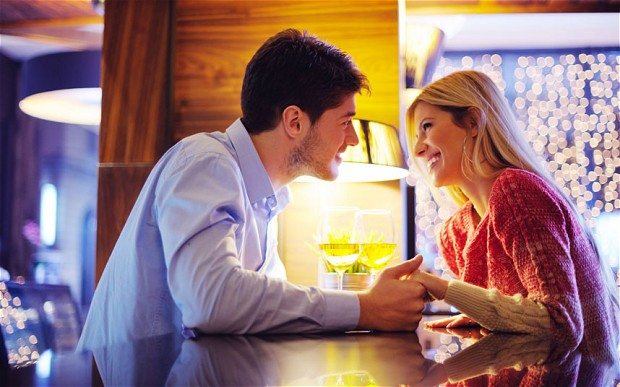 It’s not just cinema tickets that are expensive in London (see yesterday’s Daily), but now an international study has found that it is one of the most expensive cities in the world for a date night out.

The capital topped the latest Cheap Date Index, compiled by Deutsche Bank, which compares the price (in US dollars) of a “simple date”, including the cost of burgers from McDonald’s, soft drinks, a pair of cinema tickets, a round of beers and cab fares, across 32 cities around the world.

Fortunately the Telegraph has some handy suggestions for where to eat well and how to still see a good film without breaking the bank.

ICA (Institute of Contemporary Arts) Bar & Café
The ICA is a distinctly cool art space on the highly traditional Mall, with a 1970s vibe and a Bar & Café run by Peyton & Byrne. The menu is pleasingly simple, with original touches such the Moroccan spicy lentil burger or a “Piggy Burger” topped with apple and black pudding. The Reel Deal means a burger and beer costs just £8.95 with a valid cinema ticket and you get 10% off food at the ICA Cafe with a ticket for the lunchtime lecture series Culture Now (£5, free to members). Closed Mondays and Tuesdays, but opens Tuesdays as well from April 3.
Location: The Mall, SW1Y 5AH
Contact: Box office 020 7930 3647, www.ica.org.uk