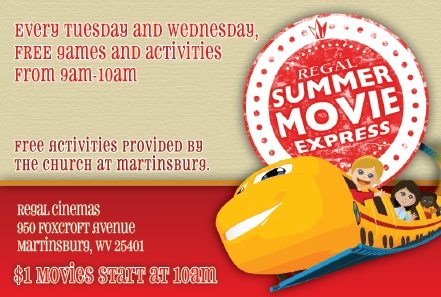 USA (TN): Discount tickets was a hot topic at CinemaCon. No update on that, but Regal will be showing older films for just USD $1 this summer, as it has for the past 22 years. Parent rejoice.

Regal Entertainment Group (NYSE: RGC), a leading motion picture exhibitor owning and operating the largest theatre circuit in the United States, today announces that the Summer Movie Express is back for its 23rd year. The launch of this summer’s program brings family movies for only a dollar to more than 350 Regal Entertainment Group theatres across the country.

“Many families make this a summer tradition and look forward to our announcement of the long list of fun movies coming their way. And for Regal, this helps us instill that love of moviegoing in another generation,” said Ken Thewes, chief marketing officer at Regal Entertainment Group. “The titles this year appeal to a diverse group of tastes, and we know there is a little bit of something for everyone.”  LINK 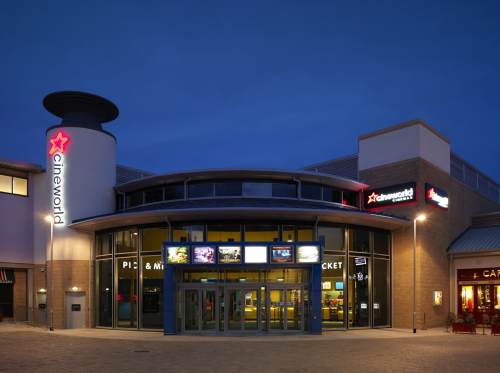 UK: Don’t make promises you can’t keep, Cineworld, is what this upset letter writer from Witney seems to be saying.

Well, before the cinema opened, a spokesman for the company announced that as well as the usual 3-D screens which come with Cineworld, there was going to be a screen for arthouse/world cinema. But this has not happened.

So what has happened?

I’ve tried getting answers from Cineworld themselves but they have never responded to my inquiries.  LINK

(Checking Cineworld Witney’s listings confirms that the most ‘art-house’ film showing is Oscar-winner 12 Years a Slave. Not even The Grand Budapest Hotel is showing. He might have a point.)

UK: Driving Miss Daisy will be showing in cinemas, the play that is, not the surprise Best Film-Oscar winner.

Event screening for stage adaptation to screen at over 300 screens across the UK, followed by live Q&A with star Angela Lansbury.

As a result of strong demand for tickets at the BFI Southbank, Omniverse Vision has announced a special one-off screening of Driving Miss Daisy: The Play.

Starring Angela Lansbury and James Earl Jones, the stage adaptation will be broadcast via satellite to over 300 cinemas across the UK on May 25 and followed by a live Q&A with Lansbury, hosted at the BFI Southbank.  LINK 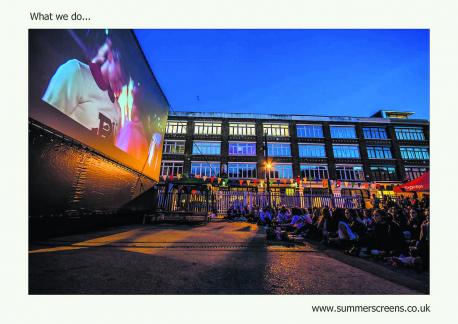 UK: Swindon’s Town Garden is getting an outdoor cinema this summer.

Cult Screens will be showing a collection of classics and new flicks in the Old Town venue’s Bowl with the audience, of up to 300 people, having a choice of deck chairs and bean bags to sit on.

The company is coming to Swindon after enjoying success in Reading and Oxford with similar projects. The Swindon programme, featuring 12 films, will kick off with a showing of Top Gun on Thursday, June 5 followed by Dirty Dancing on Friday, June 6 and Anchorman on Saturday, June 7.  LINK 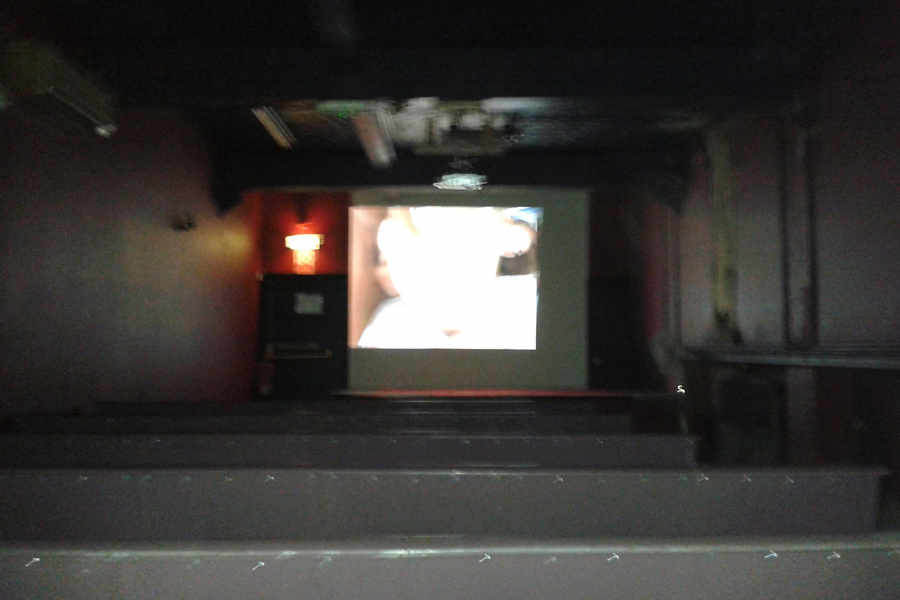 UK: Amazingly the internet hasn’t killed off all sex cinemas. This local report bravely ventured into one such cinema in Midlands.

The actual cinema at the Bilston venue is in a dark room, covering about 30ft by 20ft with rows of faux leather seats, peeling wallpaper and a screen the size of a small billboard at the far end. A handful of men are dotted among the 50-odd seats.

Most are middle aged, casually dressed in jeans and T-shirts, but one older man soon enters wearing a three-piece suit. There are no women to be seen. On the screen is the sort of thing that is all over the internet – a pornographic feature with a plot in only the loosest sense of the word.

Nothing seems to be happening in the audience. In the other room, screen two, is a similar sort of feature.  LINK

India: An overview of the impact of digital on cinema and film industries in India. Nothing particularly new, but reasonably accurate and up-to-date summary.

An analysis of the top 10 grossing Bollywood movies indicates that the screen count more than doubled from around 1,200 in 2008 to around 2,600 screens in 2012. Small to medium size projects, earlier limited to 200-250 screens or less are now targeting more than 1,000 screens and have benefitted the most as a wider release has dramatically improved their movie economics. Digital prints largely contributed to this growth in screen count with share of digital prints increasing from around 10% for some of the larger movies in 2008 to more than 90% in 2013. Digitisation has also streamlined cinema distribution through satellite technology to even remote towns, thus enabling audiences even in smaller towns to view most movies on the same day of release.  LINK 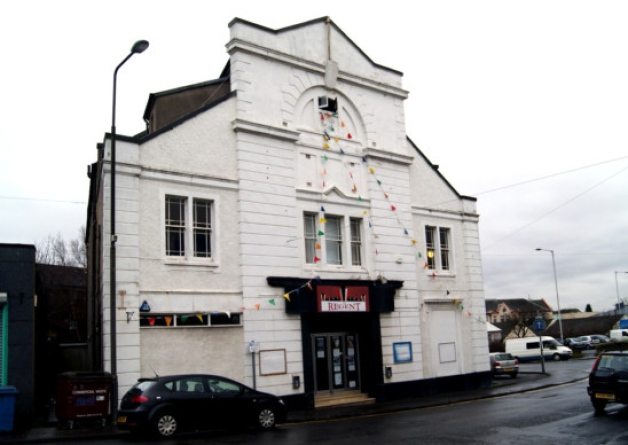 UK (Scotland): The Regent Cinema in Leven, near Fife, will re-open but not until July. Another victim of the switch to digital.

Two weeks ago, the local cinema closed its doors to the public, announcing on its Facebook page that it would be closed until further notice.

Peter said the cinema was suffering because of the difficult financial climate and the fact that, as of this month, all films have been digitalised, and the Regent does not have a digital projector.

“We have a bit of difficulty because we can no longer get films in 35mm, hence the reason we have no films to show.  LINK

UK: Bideford is hosting a special valedictory performance of a 35mm projection on 2-3 May with an ‘open door’ policy for the projection room before a new digital projector is installed.

Bideford Cinema volunteer William Isaac said the screenings would mark ‘the end of an era in cinema history’.

He said: “Potentially these screenings will be the last time that people in North Devon will have the opportunity to see a film on general release shown in this way.  LINK 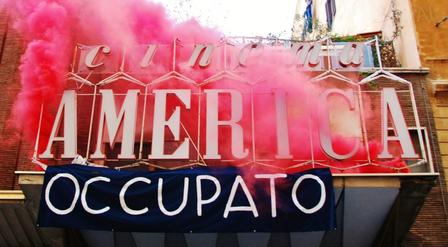 Italy: Support is mounting to save one of Rome’s finest cinemas, the ‘occupied’ Cinema America.

The campaign to save Cinema America Occupato from demolition has received a major boost after the Italian culture ministry recognised the historic and artistic value of the structure and “invited” local authorities to implement “all necessary and specific initiative aimed at protecting the building.”

The cinema and former theatre on Via Natale del Grande in Trastevere is at risk of being turned into 20 apartments by its owners, something the culture ministry has made it clear that it opposes. It has been occupied by artists since November 2012, and it presents a regular stream of cinema, concerts, debates and exhibitions, and even screens football matches.  LINK 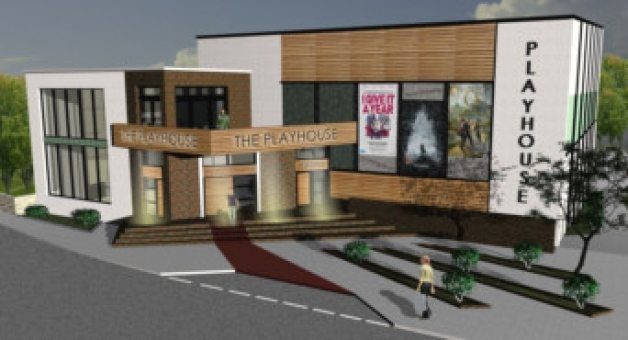 UK (Scotland): The group working to get a cinema for Montrose has been awarded charity status.

Montrose Playhouse Project is now a Scottish Charitable Incorporated Organisation (SCIO), having been given the accreditation by The Office of the Scottish Charity Regulator (OSCR).

The group will be known as Montrose Playhouse Project SCIO from now on.

Trevor Eakin, chairman, said: “This gives us freedom to apply for much larger and different types of funding.  LINK 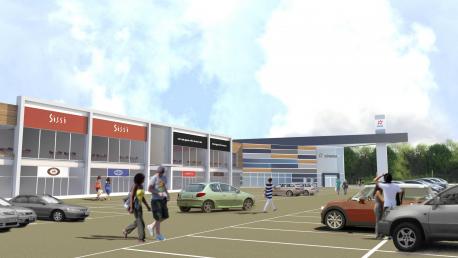 UK: Cineworld is probably not best pleased with Yates council after a decision on their proposed cinema was deferred to a later meeting.

South Gloucestershire Council’s development control (east) committee could not make up its mind on the £12million scheme for a six-screen Cineworld cinema and a development of new shops and restaurants on land next to the overflow car park on Link Road.

Councillors agreed to defer the application to its next meeting, on May 8, but investors in the project, Yate Shopping Centre owners Crestbridge Corporate Trustees, have warned if planning permission is not granted, the entire development may have to be shelved.  LINK

USA (PA): Delayed but apparently still on track – York looks set to get a luxury two-screen cinema less than a year from now.

Plans to bring a movie theater to York’s Northwest Triangle are moving forward after the developer faced a series of financial challenges last winter.

On Wednesday, the Revedlopment Authority authorized the sale of a 1.16 acre parcel that abuts the Codorus Creek to Penn Ketchum, managing partner of Penn Cinema, for $81,200.

Ketchum said that while the concept for the project hasn’t changed — he will still build a luxury two-screen theater at the site — he was forced to revise his financial plans as he struggled to find a bank that would back him as an independent investor.  LINK

USA (NY): Bow Tie Cinemas thinks it is more profitable to turn an old four-screen cinema into condos than an up-market cinema. Pity 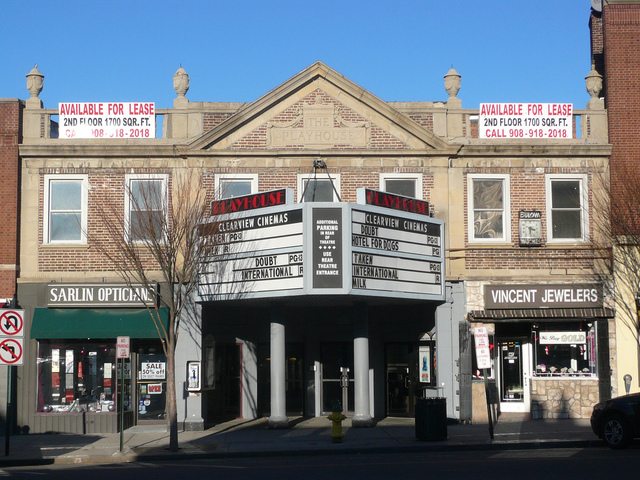 Bow Tie Cinemas L.L.C., which owns the theater, will keep the old-fashioned facade and marquee intact but will knock down the building there, with plans of putting up condominiums or rentals at the site, according to Mamaroneck officials.

Mamaroneck Mayor Norman Rosenblum said that building residential units at the site, in the heart of the village’s downtown on Mamaroneck Avenue, would be compliant with existing code.  LINK

Australia: Rejoice if you are a resident of Muswellbrook as you might soon be getting a cinema.

A cinema in Muswellbrook could soon be a reality, after a proposal gained council support on Monday.

An agreement between local businespeople Micheal and Gina Rinkin and the Muswellbrook Workers Club could deliver a venue many community members have been demanding for years.

The council gave in-principle support to the construction of a cinema at the club and re-affirmed its willingness to consider a financial contribution to the project.  LINK 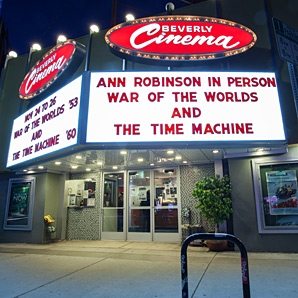 Men’s Journal has picked out the Top 20 Movie Theatres around the world. Lots of our favourites (and a few omissions – where is Montreal’s Excentris?). Quentin Tarantino’s cinema is one of them:

Since opening its doors in the 1920s, what is now known as the New Beverly Cinema has served as a vaudeville theater, a nightclub, a porn theater, and a grindhouse. In the late 1970s, The Beverly Cinema opened and became known for its double features (the first featured A Streetcar Named Desire and Last Tango in Paris). And when it was threatened with closure again in 2007, legendary film fiend Quentin Tarantino stepped in and bought the building, then told The Hollywood Reporter that “as long as I’m alive, and as long as I’m rich, the New Beverly will be there, showing double features in 35mm.”

Why It Stands Out: Tarantino’s ownership is, of course, a lure for many cineastes. But it’s the Torgan family – who purchased the theater in 1978 – that still runs the show. Which doesn’t mean that Tarantino’s programming opinions aren’t welcome, as evidenced by the time Django Unchained had an extended run at the theater in 2012.  LINK