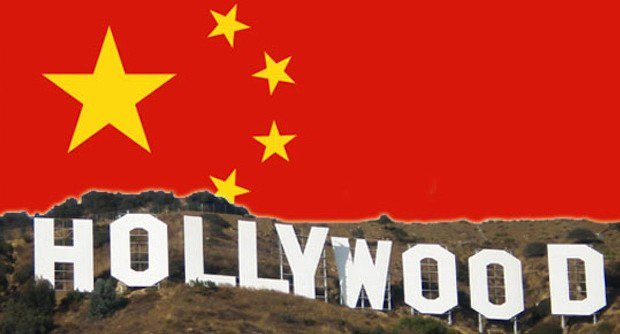 Top-line figures for the Chinese movie market paint one of robust growth, which is particularly welcome to Hollywood at a time when box office takings in established markets such as the United Kingdom and France have not just slowed but gone into reverse. Takings increased from RMB 17.07bn (USD $2.74 billion) to RMB 21.6bn (USD 3.57 billion), representing a growth of 27%. This was partly driven by a growth in the number of screens increasing by over 5,000 to 18,200 representing a 38% year-over-year rise. (The figures have since been confirmed by SGAPRFT)

Yet this is where the good news ends for Hollywood studios and other foreign film distributors:

Stop to consider that for a moment the spectacular rise of 27% was almost entirely down to local films getting more viewers. All those thousands of extra screens in brand new multiplexes did not garner more millions for Hollywood studios. On a comparative per-screen basis, Hollywood films thus declined in China during 2013. Yes, it really is almost as bad as in France and the UK. After the optimism of 2012, which was the first year that PRC allowed 14 additional ‘premium format’ (3D and IMAX) foreign titles to be released on top of the previous annual quota of 20 films, there were further blows for Hollywood this year.

Both “Fast and Furious 6” and “Skyfall” had delayed releases in PRC, meaning piracy most likely ate into the profits of both films. With Universal’s 2013 monster hit “Despicable Me 2” only getting an extremely delayed release in China on January 10th of this year, industry watchers will be monitoring whether 3D family animation fares better than 2D action films non-day-and-date. Some studios such as Sony and Lionsgate saw increases, but they were the exceptions.

While all three top 10 Hollywood films were 3D, as were the two top Chinese releases, Variety’s Patrick Frater notes that the real success this year was down to “a string of small and medium budget titles that struck the right chord with newcomers among China’s film audience – youngsters and inhabitants of smaller cities outside the biggest metropolises. Six topped the RMB 500 million (US$82 million) landmark.” Three of these were ‘aspirational’ films in old fashioned 2D, which point the way for the region, as we noted last year.

“Audiences increasingly hail from cities and towns smaller than Beijing, Shanghai, Guangzhou and Shenzhen.  The aspiration and aesthetics of this demographic form the bedrock of China’s market, and they have their own tastes and quirks.  They do not have any patience for art-house fare.

Of course, Zhou also pointed out that 2013 will be remembered “for the spectacular takeoff of China’s film market” as much as it will “go down in history as the year bad movies ruled.”

What’s more, box office for Hollywood titles sat uncollected for the better part of the year due to the stand off between the studios and China Film Group (CFG) over the 2% ‘luxury tax’ levied on movie ticket sales for foreign productions. With Hollywood collecting just 25% from every ticket sold (up from an even paltrier 13 to 17% earlier), compared to closer to 50% in most other territories, this additional value added tax would have cut their takings back by almost 10 per cent.

This may account for why so many Hollywood studios are pursuing Chinese co-production deals.  Yet despite several minutes of extra local footage being added to “Iron Man 3”, the film did not qualify as a co-production, highlighting the issues of getting joint US-Sino projects into cinemas. Chinese representatives also became more assertive about what they would like to see on their screen. According to the Guardian:

Speaking at the US/China Film Summit, held in Los Angeles on the eve of the American Film Market convention, China Film Co-Production Company president (CFCC) Zhang Xun told Hollywood executives: “We have a huge market and we want to share it with you [but] we want films that are heavily invested in Chinese culture, not one or two shots … We want to see positive Chinese images.”

This will see “Transformers 4” as the first major Hollywood title to have gone all the way to China for principal photography and with major local cast members (Li Binbing) in order to qualify for co-production status.

Chinese censors were also said to be responsible for pulling “Django Unchained” from cinemas on the eve of its release.  Paramount reportedly made pre-emptive changes to “World War Z”, as was also the case with “Cloud Atlas” (nudity) and Red Dawn (invaders changed to rogue North Koreans). Whether such editing wound up hurting any of the films’ box office revenue or the pre-emptive changes played a role in getting release approval (or not) is difficult to establish, but it illustrates the problems Hollywood has in terms of complying with the Chinese censor’s requirements.

Put all of the above together and you don’t have a happy scrapbook of Hollywood’s 2013 adventures in the PRC. China’s reaction is understandable and logical, with the growth that could see it overtake the United States as the world’s largest movie market within as little as five years (according to Imax’s CEO) giving it strong leverage to decide what gets produced and shown in its cinemas.

Meanwhile China is busy making moves to send in the other direction (i.e. for export). Following the acquisition of AMC Entertainment in 2012 by China’s richest man, Wang Jianlin, his Dalian Wanda Group (DWG) this year announced that it was planning to spend USD $8 billion to build a ‘Hollywood East’ in Chinese post city of Qingdao. DWG also donated USD $20 million to the planned AMPAS film museum in Los Angeles. Exports suffered, however, with Variety noting that only 45 films were sold overseas, accounting for a “combined overseas box office was USD $173 million (RMB 1.06 billion).” We can expect China to feature even more prominently at Berlin, Cannes and other film festivals in this and coming years.

The Chinese have truly taken to heart the observation that Wim Wender’s made in his 1976 German road movie “Im Lauf Der Zeit” (“Kings of the Road”), where a traveling 35mm projection equipment repairman observes, “Die Amerikaner haben unser Unterbewusstsein kolonialisiert“ (“The Americans have colonized our subconscious”). The soon-to-be world’s largest cinema market is not about to let the same thing happen to them by throwing open their multiplexes to Hollywood’s “soft imperialism”.