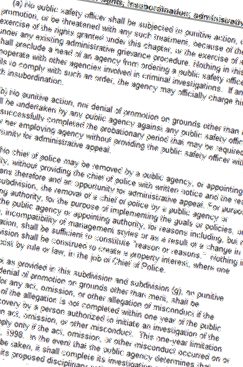 Reading between the lines of digital cinema related press releases is often required to understand what a deal really means, as opposed to what those issuing the release want you to think it means. This appears to be the case with the recent announcement that Cinedigm (formerly AccessIT) has signed a virtual print fee deal for North America with Sony Pictures Entertainment (SPE). On the surface it looks like great news for Cinedigm, who has the financial commitment from an important Hollywood studio that has not always been the first to sign up to any third party financing scheme (unlike, say, 20th Century Fox). But is the deal all that it seems to be and what does it really tell us about the studio/third party vendor dynamics?

The press release opens as follows:

Cinedigm Digital Cinema Corp. (“Cinedigm”) (NASDAQ: CIDM) (formerly AccessIT) today announced an agreement with Sony Pictures Releasing Corporation (“SPRC”) supporting its “Phase Two” Digital Cinema Deployment Plan for up to 10,000 digital cinema projection systems. Over the next three years, SPRC will supply its upcoming pictures in a DCI-compliant format to Cinedigm installed theatres in the United States and Canada, when booked, and will make financial contributions for a limited time to promote DCI-compliant digital cinema technology (a new and higher quality delivery format).

The two big caveats that scream out (at least to the trained ear) are “when booked” and ” for a limited time”. In themselves they would seem obvious enough – you would not pay VPF for a film that’s not booked in a theatre and obviously VPF payment would not continue until cinemas close down for Armageddon (the Biblical one, not the Michael Bay film). But what do these terms actually mean? Short of reading the actual agreement, we can only indulge in speculation.

Many studios, especially Sony, have been quite strict about the conditions under which they will VPF.  Specifically, they will not pay a VPF for any print which is not shown as having been “officially” booked in their own internal systems.  At first blush this seems to make some sense.  That is until you discover that in practice, most film buyers will only book one print per mutliplex, no matter how many screens they actually intend to play the movie on.  After all, one of the benefits of digital prints is their ability to be placed on multiple servers in a theatre complex without having to have an additional physical print on hand.

The problem of course is that while a VPF can be collected on the first screen, the second, third, fourth, etc. screens will not receive a VPF since they weren’t booked directly with the dsitrbutor.  This has put Cinedigm and similar third party integrators in a sticky situation, forcing them to argue with studios over how many screens a film has actually played on rather than letting them pay based on what appears in a their computer systems. Thus, the throw away verbiage of “when booked” might have very purposeful implications in the agreement between SPE and Cinedigm.

‘For a limited time’ typically means X number of years or until the studio considers the equipment payed off, whichever comes sooner. Typically X has, true to its Roman usage, been ten (10) years for digital cinema, as witnessed by the recent Paramount’s VPF-directly-to-exhibitors agreement. But what if it is just five years, or even two? You might ask why Cinedigm would settle for anything less than ten? The reason is that when it comes to negotiations, there are just two variables that can be adjusted. One is the per print size of the VPF (the Paramount one is $725 for a standard 2D film in digital). The other is length of time of payback. IF you have given a commitment to previous Hollywood studio VPF signee that they are getting ‘best price’ you cannot offer a lower price to the next studio. This just leaves the length of time to be shortened.

So when a third party integrator is in a hurry to close a VPF deal and a studio is reluctant to committ to a particular pricing, they have to compromise somewhere. This was evident in the deal between Walt Disney and Arts Alliance Media:

Under the terms of the agreement, Disney will supply European exhibitors with its feature films in digital format and will make provisional contributions towards the digital cinema hardware costs of AAM-deployed DCI-compliant screens.

So we thought we’d ‘crowd source’ the speculation and analysis of how good this and similarly worded deals might actually be. Do you have an opinion or insight into the terms of the deal or Cinedigm’s announcement.  If so, then please feel free to share them in the comments section below.