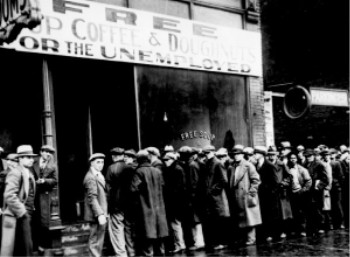 Recession is now a fact, but cinemas appear fairly nonplussed. Is this wishful thinking or actually born out by past experience? The UK’s The Guardian seems to think the latter, pointing out that box office takings rose in five out of the last seven recessions in the US:

“Hollywood gets bump from slump” was the trade bible Variety’s front-page headline, and industry analysts believe the relatively low cost of going to the cinema and the prospect of offering an escape from financial concerns for two hours will give cinema chains some resilience.

In Britain, box office revenues and cinema attendances continued to rise throughout the late 1980s and early 90s as the multiplex revolution swept through the country and going to see a movie again became a viable, low-cost leisure option for millions.

“Box office revenues definitely came up in the early 90s. As far as I can see there’s very little evidence to show cinema attendance suffers in a recession. If anything, it does quite well,” said David Hancock, head of film and cinema at Screen Digest.

This sentiment was echoed by the heads of both NATO and Regal cinemas in a recent interview in THR.com:

Campbell: This is the most affordable out-of-home entertainment option that consumers have available, but at some point, do people stop buying concessions? I don’t think so. At some point, people may be a little more selective in some of their purchases, but at this point in time we haven’t seen that.

Fithian: I don’t believe there is a different impact on smaller chains in hard economic times. In fact, it is often the consumers in smaller markets who are most challenged during recessions. So they don’t take the vacation. Higher gas prices mean they don’t go for long drives to theme parks or other places. They stay closer to home, and when people stay closer to home, they tend to go to the cinema more often.

The optimism seems to be backed up by numbers from screen advertising in the US, again from THR.com:

CAC president and chairman Stu Ballatt predicted that the industry’s double-digit percentage growth path would continue “for the next few years at least.”

He said a sluggish U.S. economy does not seem to slow marketers’ willingness to put money into cinema promotions. For example, Ballatt cited increased activity across many sectors, with cinema ad spending by packaged goods and retail companies showing particularly strong growth during the past six to 12 months.

Cinemas and Hollywood are ‘fortunate’ in the sense that the past couple of years stagnation and even slump (once you look at actual attendance, as opposed to BO growth) could be blamed on poor films, whereas this summer’s crop has performed better – and this is before the fantastic Dark Knight opens (we’ve seen it and we know it is going to make Iron Man look like Tin Man when it comes to both critical and audience acclaim).

But there are those that doubt that cinemas will escape the brunt of the recession unscathed. Foremost amongst them The Guardian’s resident Hollywood contrarian Jon Patterson:

As for the benighted ticket-buyers, I wonder this time if they’ll display the same bovine sense of product loyalty the moguls depend on when times are tight. During the Depression, a movie ticket bought you a cartoon, a newsreel, a B feature and a marquee-topper – something like four hours of entertainment for a nickel (the price of a gallon of gas or a pack of smokes back then). A bargain if you needed to escape your troubles or just eat up dead unemployment time – and the movies were good enough that around 5bn tickets were sold between 1934 and Pearl Harbor. It was hard to feel Greatly Depressed when Astaire and Rogers, Gary Cooper, the Marx Brothers or Eddie Cantor were living it up on screen.

But things are different now, and films aren’t nearly the draw they were then. In 1938, the movies competed only with such distractions as booze, sex, God, the radio or political agitation; there was no streaming online video, no computer games, no 60in plasma TVs, no home-movie market whatsoever. If the economy collapsed tomorrow, would seeing Transformers 2 alleviate your misery or simply compound it? Dear viewer, you have options!

In the insurgent spirit of that turbulent decade, let’s call for a Netflix Revolution: we just stay home and watch as many movies as we like for 13 bucks a month. Those moguls could use a little sojourn in Hooverville – it might improve their movies, too.

Cineflix or Netflix – the choice is yours. Let’s see where the tally stands at the end of the summer.