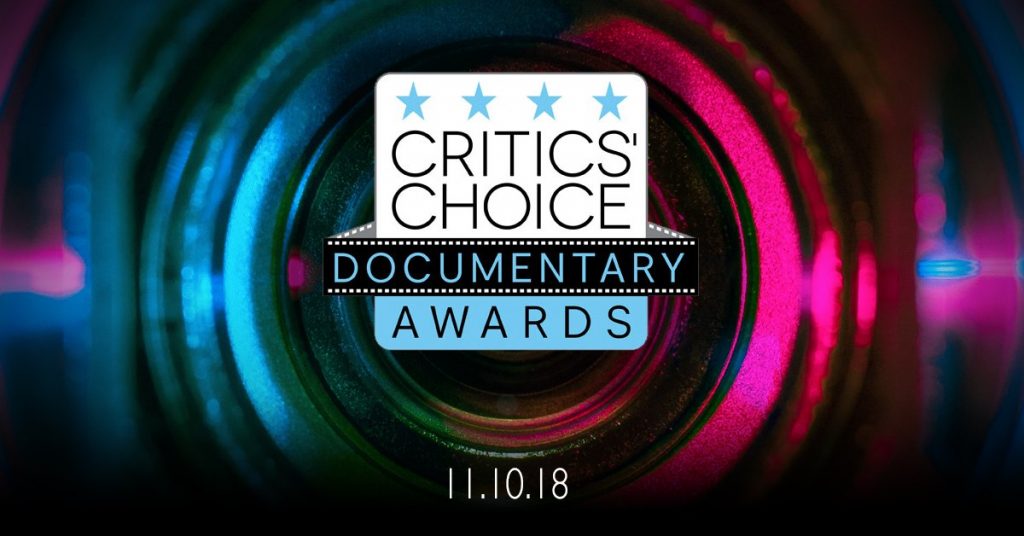 “As the documentary world is exploding with great works, we are thrilled to shine a light on the best of the best,” said BFCA President Joey Berlin. “In The Year of the Documentary this was a very special night celebrating the giants in our business and some amazing newcomers.”

“Won’t You Be My Neighbor?” took home the evening’s most prestigious award for Best Documentary as well as Best Director for Morgan Neville and the award for Best Editing.

The award for Best Limited Documentary Series went to “The Zen Diaries of Garry Shandling.”

There was a tie for Best First Time Director between Bing Liu for “Minding the Gap” and Cristina Costantini and Darren Foster for “Science Fair.”

About Critics’ Choice Documentary Awards
The third annual Critics’ Choice Documentary Awards honor the finest achievement in documentary features and non-fiction television. The nominees are determined by two committees, made up of BFCA and BTJA members with a background and expertise in the documentary field, chaired by Jennifer Merin and Christopher Campbell. Winners are chosen from among the nominees by a vote of qualified members of the BFCA and BTJA. The third annual awards ceremony is produced by Bob Bain Productions and Berlin Entertainment. For more information, visit: www.CriticsChoice.com.

The eligibility period for the third annual Critics’ Choice Documentary Awards runs from January 1, 2018 and includes any film or television program scheduled to premiere on or before December 31, 2018.

The CW will partner with the Broadcast Film Critics Association (BFCA) and the Broadcast Television Journalists Association (BTJA) as the exclusive home to The 24th Annual Critics’ Choice Awards. Accolades for the finest achievements in both movies and television will be presented as part of a three-hour ceremony on The CW on Sunday, January 13, 2019. For more information, visit: www.CriticsChoice.com

About BFCA/BTJA
The Broadcast Film Critics Association (BFCA) is the largest film critics organization in the United States and Canada, representing more than 300 television, radio and online critics. The Broadcast Television Journalists Association (BTJA) is a partner organization to the BFCA and includes TV, radio and Internet journalists who cover television on a regular basis. For more information, visit: www.CriticsChoice.com