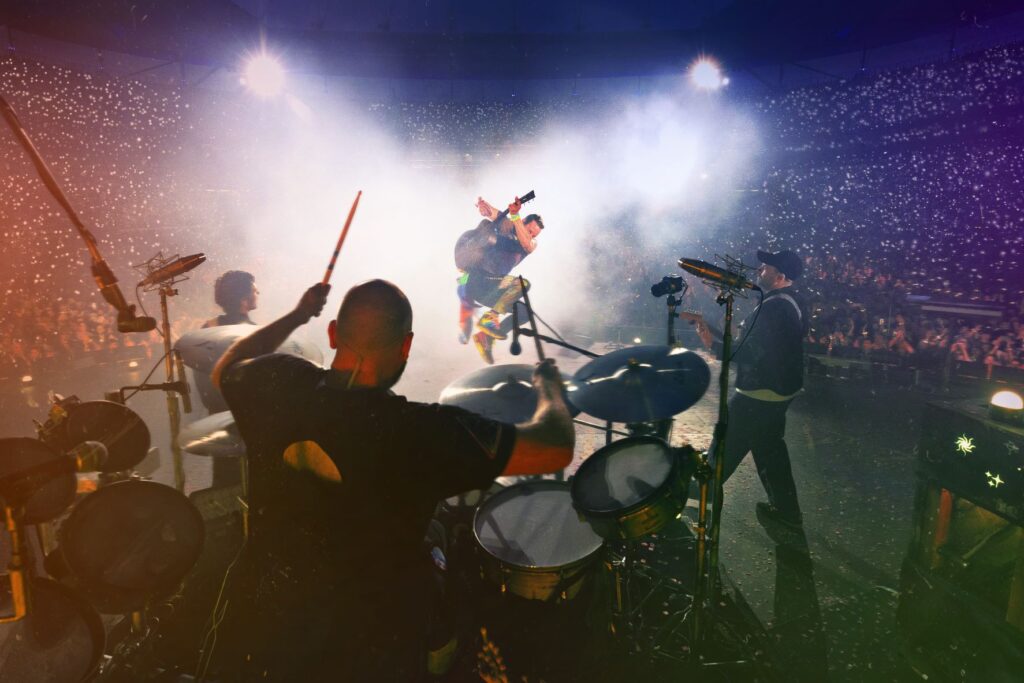 The event is set to feature the first live performance of Jin’s new track “The Astronaut”, co-written by Coldplay

VOX Cinemas is excited to announce that Coldplay’s ‘Music of the Spheres’ World Tour special from Buenos Aires, with a special guest appearance from BTS member Jin, will be broadcasted live across its cinemas in the UAE, Saudi Arabia, Bahrain, Oman, Egypt and Lebanon on Saturday, 29 October.

With this worldwide broadcast of the band’s sold-out concert from Argentina, Coldplay fans across 70+ countries can unite and experience their favourite band’s record-breaking world tour on the big screen. The one-night only event promises a stadium-like spectacle bursting with classic Coldplay hits, lights, lasers, fireworks and stunning cinematography directed by acclaimed BAFTA-winning and Grammy nominated director Paul Dugdale. The event is also set to feature the first-ever live performance of BTS member Jin’s new track “The Astronaut”, co-written by Coldplay.

The ‘Music of the Spheres’ World Tour kicked off earlier this year, marking the British rock band’s return to live performing after the COVID-19 pandemic. From March to September, Coldplay members Chris Martin, Guy Berryman, Jonny Buckland, Phil Harvey and Will Champion are travelling across Latin America, North America and Europe and are set to end their six-month world tour with a special live broadcast from Buenos Aires – the first-ever live worldwide cinema broadcast of a concert from Latin America.

VOX Cinemas previously screened ‘Coldplay: A Head Full of Dreams’, the band’s hugely successful seventh concert tour in 2018. Last March, it also broadcasted ‘BTS Permission to Dance on Stage – Seoul: Live Viewing’ in the MENA region, which sold out tickets after just 30 minutes in the UAE and Saudi Arabia. VOX Cinemas regularly screens alternative content such as concerts, football matches and documentaries to cater to the different tastes and preferences of its guests.

Tickets are now available on the VOX Cinemas’ website (voxcinemas.com) and the VOX Cinemas app. Prices start from AED 55 for regular tickets and AED 65 for premium tickets. To cater to local time zones, the delayed live broadcast will start at 6:30 p.m. GMT with a running time of 165 minutes.

Majid Al Futtaim owns and operates 29 shopping malls, 13 hotels and four mixed-use communities, with further developments underway in the region. The shopping malls portfolio includes Mall of the Emirates, Mall of Egypt, Mall of Oman, City Centre malls, My City Centre neighbourhood centres, and five community malls which are in joint venture with the Government of Sharjah. The Company is the exclusive franchisee for Carrefour in over 30 markets across the Middle East, Africa and Asia, operating a portfolio of more than 375 outlets including City+, the region’s first checkout-free store, and an online store.