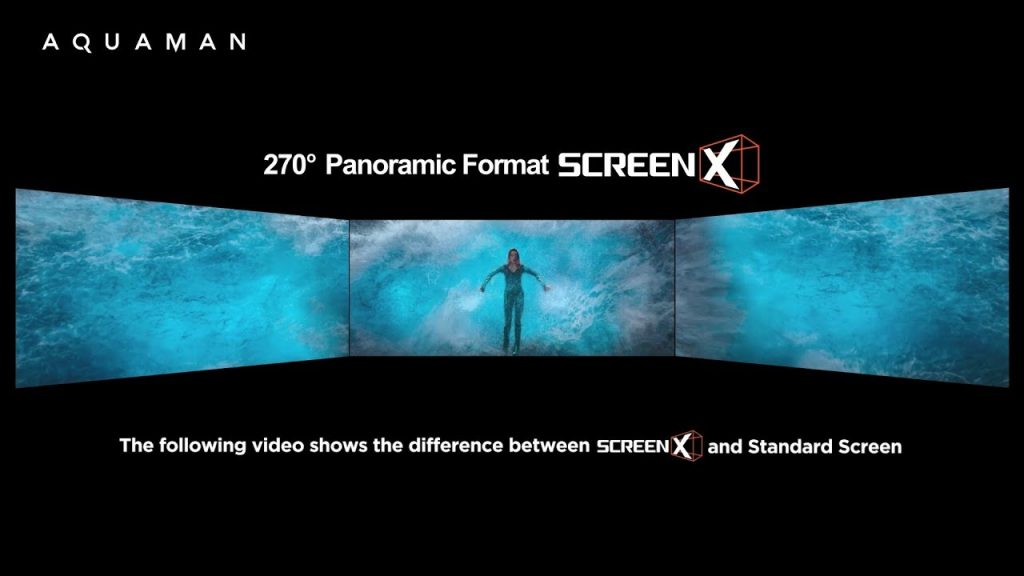 CJ 4DPLEX, in partnership with Cineplex, announced today the start of a pilot that will see the opening of Canada’s first ScreenX auditorium tomorrow – Thursday, December 20, in Toronto, Ontario. The immersive new experience will open at Cineplex Cinemas Queensway and VIP and will debut with Warner Bros.’ highly anticipated film, “Aquaman.”

ScreenX is the world’s first multi-projection theatre technology that enables a 270-degree, panoramic movie-watching experience. Using a proprietary system to expand the centre screen image to the side walls, ScreenX surrounds audiences with imagery beyond the frame of the traditional movie screen and provides them with a sense of being inside the movie. The opening at Cineplex Cinemas Queensway and VIP will bring ScreenX’s total global footprint to 187 locations in 16 countries.

“This new ScreenX auditorium in Toronto and our ongoing partnership with Cineplex is another big step for ScreenX,” said Brandon Choi, CEO of CJ 4DPLEX America. “We are excited to use this new location as a starting point to introduce our 270-degree cinema environment to the wider Canadian marketplace.”

“At Cineplex, we are always looking for the newest and most innovative experiences to introduce to our guests across the country,” said Dan McGrath, Chief Operating Officer, Cineplex. “ScreenX is a perfect example of this and we are so excited to continue our partnership with CJ 4DPLEX and launch yet another first for Canadian movie-goers.”

The announcement today further expands the relationship between the two Companies. CJ 4DPLEX and Cineplex partnered in 2016 to open Canada’s first 4DX auditorium at Cineplex Cinemas Yonge-Dundas and VIP. Following a successful pilot, the Companies announced an expanded agreement in September 2018 that will bring the 4DX experience to as many as 13 additional Cineplex locations across the country over the coming years.

“Aquaman” is the fourth film in a multi-picture agreement between Warner Bros. Pictures and CJ 4DPLEX and the eighth Hollywood blockbuster released in ScreenX this year alone. “Aquaman” follows the globally successful ScreenX blockbuster engagements of “The Meg”, “The Nun” and “Fantastic Beasts: The Crimes of Grindelwald”. The ScreenX slate continues in 2019 with the first solo feature of fan-favourite “Shazam!” in April 2019.