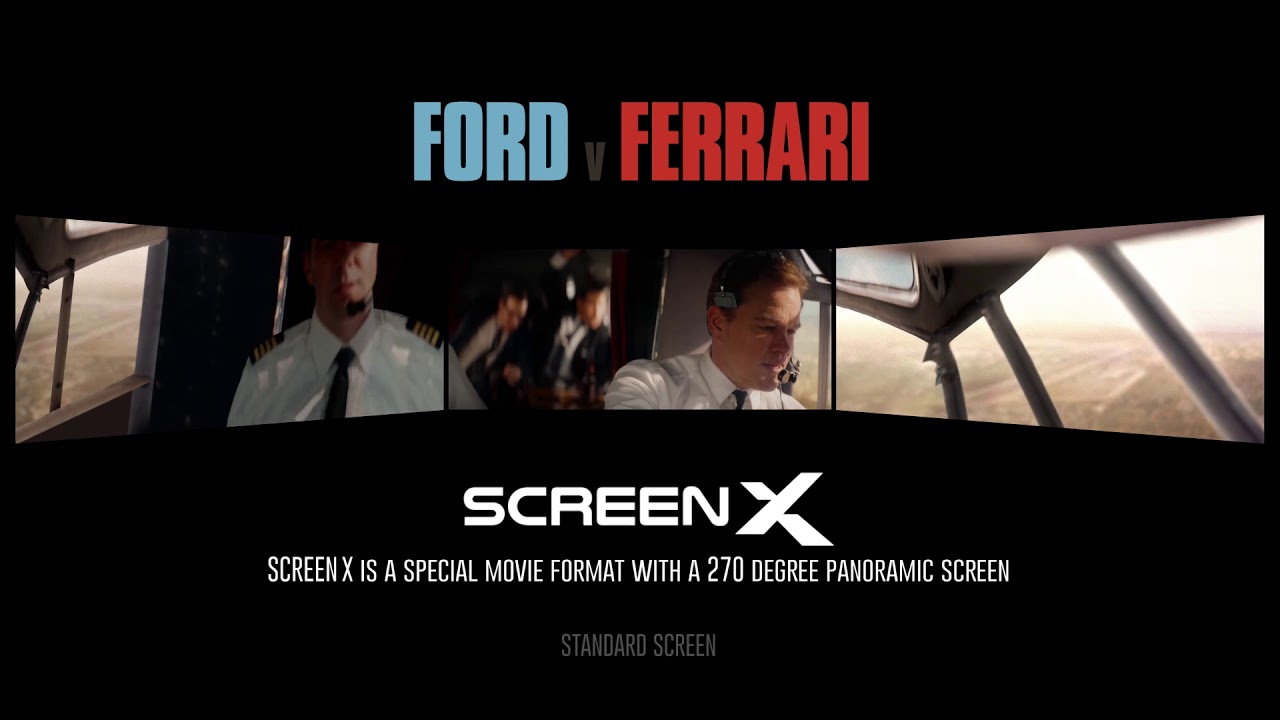 Los Angeles (November 13, 2019) – CJ 4DPLEX (www.cj4dx.com), the world’s leading cinema technology company, and The Walt Disney Studios announced today the release of 20th Century Fox’s “Ford v Ferrari” in the stunning 270-degree, panoramic ScreenX format. “Ford v Ferrari” in ScreenX will be coming to theaters worldwide beginning November 13, 2019 and will be releasing on 270 screens, across 27 countries, including 32 screens in the U.S. with Regal Cinemas, B&B Theatres and CGV Cinemas. The film opens in the U.S. on November 15th.

“Ford v Ferrari” in ScreenX will expand the dynamic racing sequences of the film onto the side panels of the auditorium, allowing an encompassing 270-degree view of the action and the speedway. Shots of the cheering crowd will expand onto the side screens, surrounding the audience inside the theater as if they’re right there in the stands watching the legendary showdown between Ford’s GT40 and Ferrari’s P3.

ScreenX has quickly enhanced its international reach, successfully screening Hollywood blockbusters and local feature films alike, including a record of twelve titles released in ScreenX this year with additional titles to be announced in the coming weeks.

“We are incredibly excited to showcase the highly anticipated ‘Ford v Ferrari’ on the panoramic screens of ScreenX,” said JongRyul Kim, CEO of CJ 4DPLEX. “Audiences will be riveted by this amazing true life story and as they are fully immersed in the complexities of the story, ScreenX will add to the experience further and expand the action packed racing sequences in a way that only ScreenX can.”

“Ford v Ferrari” will also release in 4DX, another immersive technology from CJ 4DPLEX that feature motion seating and environmental effects ranging from water, scent, wind, fog, snow and more, elevating the 2D filmgoing experience into the fourth dimension. “Ford v Ferrari” in 4DX will be available in the U.S. with Regal Cinemas, Cinepolis, Marcus Theatres and CGV Cinemas.