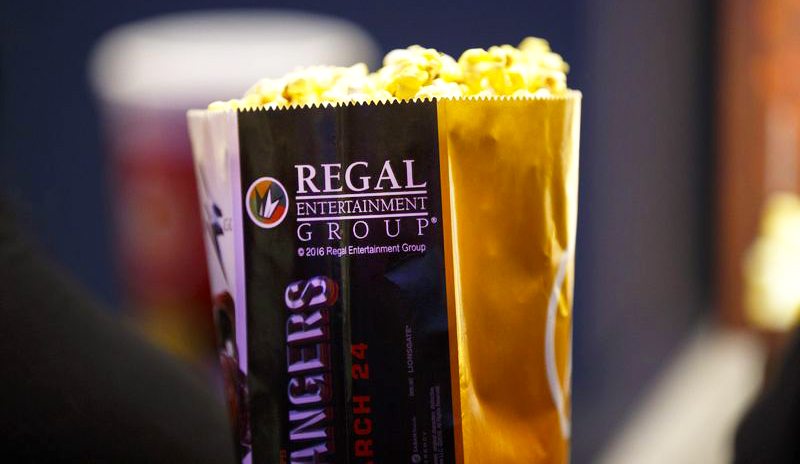 Regal Entertainment Group (NYSE:RGC) (“Regal”) announced that it has entered into a definitive merger agreement (“Agreement”) with Cineworld Group PLC (LON: CINE) (“Cineworld”) for Cineworld, the U.K.’s largest cinema operator, to acquire Regal, a leading motion picture exhibitor owning and operating one of the largest theatre circuits in the U.S. Under the terms of the Agreement, Regal stockholders are to receive $23.00 in cash for each share of Class A and Class B common stock, for a total transaction value of $5.9 billion, including the assumption of debt and net of cash acquired. The offer price represents a premium of 43.2% over Regal’s 30-day unaffected weighted average share price of $16.06.

The transaction has been approved unanimously by Regal’s and Cineworld’s Boards of Directors. The Anschutz Corporation, which owns approximately 67% of the combined voting power of Regal’s outstanding shares of Class A common and Class B common stock, has signed a voting and support agreement to support the transaction. Global City Holdings B.V. (“GCH”) and the trustee of trusts of which Cineworld’s Chairman, Anthony Bloom, is a potential discretionary beneficiary, collectively owning approximately 28.8% of Cineworld’s ordinary shares, have signed irrevocable undertakings to vote in favor of the transaction and rights offering. The transaction is subject to regulatory review, approval by the shareholders of Regal and Cineworld and other customary closing conditions and is expected to close in the first quarter of 2018.

“We are excited to have reached an agreement with Cineworld, at a price that represents a meaningful premium on Regal’s unaffected share price for our shareholders. Since becoming a public company, Regal has focused on delivering superior shareholder value, including return of capital in the form of regular and special dividends,” said Amy Miles, CEO of Regal Entertainment Group. “We believe the transaction announced today provides compelling value for our stockholders.”

“We believe this partnership with Cineworld will enhance Regal’s ability to deliver a premium movie-going experience for customers and further build upon our strategy of introducing innovative concepts and premium amenities designed to enhance the value of our theatre assets. The combination of our two great companies, Cineworld’s tremendous success in the UK, as well as other markets they have entered since, and Cineworld’s commitment to maintain a strong presence in the US and Knoxville, provide a global platform positioned for continued growth and innovation,” Miles concluded.

Mooky Greidinger, CEO of Cineworld Group PLC said, “We have long had high respect for Regal and for its strong position in the largest box office market in the world and we are delighted that the Regal Directors have unanimously approved the agreement. Regal is a great business and provides Cineworld with the optimal platform on which we can continue our growth strategy. Both companies are strongly committed to bring a high end cinematic experience to their customers. Consolidation is an important move forward and the best practices we have successfully rolled out across Europe will be the key driver to continued success. We strongly believe in our strategy which is to create ‘The Best Place to Watch a Movie!’ We have great teams at both Regal and Cineworld and we trust that based on their skills and professionalism we will lead the joint company to become a great success story.”

Under the terms of the Agreement, Regal stockholders will receive $23.00 in cash for each share of Class A and Class B common stock held at the closing of the transaction. Cineworld will fund the acquisition of Regal through approximately $4.0 billion of new debt facilities and an approximately $2.3 billion equity raise by way of a rights issue, including a commitment for GCH, Cineworld’s 28% shareholder, to fully subscribe to its pro rata portion of the rights issue.

The Agreement includes a go shop period, during which Regal, with the assistance of its financial advisor, will actively solicit, evaluate and potentially enter into negotiations with third parties that offer competing proposals to acquire Regal. The go shop period expires January 22, 2018. There can be no assurance that this process will result in a superior proposal. Regal does not intend to disclose developments with respect to the go shop process unless and until its Board of Directors has made a decision with respect to any potential superior proposal.

Morgan Stanley & Co. LLC is serving as exclusive financial advisor to Regal. WilmerHale and Macfarlanes LLP are serving as legal counsel to Regal.

Regal Entertainment Group (NYSE: RGC) operates one of the largest and most geographically diverse theatre circuits in the United States, consisting of 7,315 screens in 561 theatres in 43 states along with Guam, Saipan, American Samoa and the District of Columbia as of September 30, 2017. The Company operates theatres in 48 of the top 50 U.S. designated market areas. Regal believes that the size, reach and quality of the Company’s theatre circuit not only provide its patrons with a convenient and enjoyable movie-going experience, but is also an exceptional platform to realize economies of scale in theatre operations.

Additional Information and Where to Find it

In connection with the proposed transaction, Regal intends to file relevant materials with the SEC, including Regal’s information statement in preliminary and definitive form. Regal stockholders are strongly advised to read all relevant documents filed with the SEC, including Regal’s information statement, because they will contain important information about the proposed transaction. These documents will be available at no charge on the SEC’s website at www.sec.gov. In addition, documents will also be available for free on Regal’s website at www.REGmovies.com.