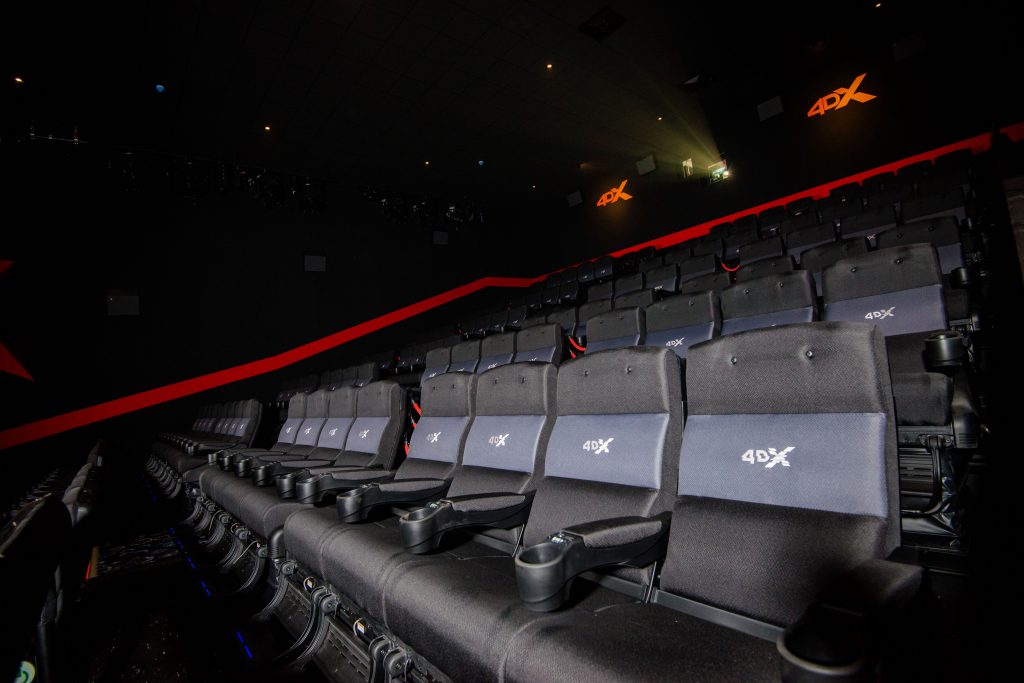 4DX Never Been Seen screening programme to return for Cineworld’s reopening on 31st July 2020, with tickets from £9.70

Cineworld will be reopening its cinemas in England on Friday 31st July. To mark the occasion, Cineworld will be running a special 4DX Never Been Seen screening programme, giving film fans the chance to experience four classic films for the first time ever in multi-sensory 4DX extreme cinema. And with tickets from just £9.70, there’s no better time to thrill the senses.

In celebration of the 10th anniversary of the film’s release, Christopher Nolan’s “Inception” will be one of four blockbusters released for the first time ever in 4DX. Audiences will feel every twist, crash and splash in the mind-bending, acclaimed thriller – an ideal taster ahead of Nolan’s much-anticipated “Tenet”, releasing in 4DX on the 26th August.

In addition to “Inception”, “Harry Potter and the Chamber of Secrets”, “Harry Potter and the Prisoner of Azkaban” and the original “Jurassic Park” will also be showing for the first time in 4DX. From feeling the wind blast past you as Harry Potter fends off the dreaded Dementors, to your seat shuddering while dinosaurs thump around you, some films demand to be experienced in 4DX. With stimulating effects such as motion, water, wind, scent and lighting – timed with precision to enhance what’s happening on screen and combined with high-tech motion programming to move your seat in perfect synchronicity – 4DX is the perfect way to upgrade your favourite blockbuster.

Cineworld welcomes back cinema fans with an unmissable 4DX: Never Been Seen line-up:

· “Inception” (showing from 12th August) – Transport yourself into Christopher Nolan’s mind-bending “Inception”. Join skilled thief Dom Cobb, played by Leonardo Di Caprio, and experience worlds you can only dream of as Dom ventures within the subconscious of the mind to steal valuable secrets. Feel the shake of buildings crashing down around you, the wind in your hair as though you’re falling, and your chair tilt as if you’re modulating gravity, all in 4DX

· “Harry Potter and the Chamber of Secrets” – Soar with Harry and Ron as they fly a magical flying car toward Hogwarts to start their second year at the School of Witchcraft and Wizardry. Feel the jolt as Harry and Malfoy finally duel for the first time and get ready for water as Harry, Ron and Hermione enter the depths of the Chamber of Secrets.

· “Harry Potter and the Prisoner of Azkaban” – In the third adaptation in the blockbuster series, Harry delves into the mystery surrounding an escaped prisoner who poses a dangerous threat to the young wizard. You’ll feel the cold wind of a dementor’s presence, the shake of a broomstick, and the chill of the snow in Hogsmeade. There’s no better way to immerse yourself in the magical world than in 4DX.

· “Jurassic Park” – Walk amongst dinosaurs as you visit the amusement park island of Jurassic Park in 4DX extreme cinema. Feel your seat shudder with the water ripples on screen as you make close encounters with free-roaming dinosaurs in this iconic, action-packed classic.

During the closure, Cineworld was busy upgrading its estate with full scale refurbishments and special format installations in Wolverhampton, Swindon, Boldon and Brighton to provide an enhanced experience for guests when they return. Cineworld Wolverhampton and Swindon Shaw Ridge both now have brand new 4DX screens and will be running this special s4DX: Never Been Seen screening programme.

You can buy tickets to all of your favourite films being shown as part of the 4DX: Never Been Seen at http://cineworld.com/4DX, with tickets from just £9.70*.

Once movie goers have had a taste of 4DX extreme cinema, the fun doesn’t have to stop there. There are a number of highly anticipated blockbusters expected to hit the big screen in 4DX in the coming months, such as “Tenet” and Disney’s “Mulan”.

About Cineworld Group
Cineworld aims to be the best place to watch a movie, offering an unparalleled cinema experience in the UK & Ireland, with 102 cinemas and over 1,030 screens. Cineworld Group was founded in 1995 and is currently the second largest cinema chain in the world following the acquisition of US cinema group Regal Entertainment Group in February 2018. In 2014, the Cineworld Group combined with Cinema City International (CCI) and appointed CCI Founder and CEO Mooky Greidinger, as CEO of the Cineworld Group. In August 2016 Cineworld acquired 5 Empire Cinemas, including the iconic Empire Theatre in Leicester Square. This was followed by the acquisition of Empire Newcastle in 2017. Cineworld currently has 24 IMAX auditoriums, and 17 Superscreens nationwide, as well as a special VIP experience currently available at 5 of their cinemas. Cineworld are the only operators in the UK to offer ScreenX – a 270-degree format that projects onto the front and side walls of the theatre across 18 auditoriums and 4DX – the immersive multi-sensory cinema experience, with 31 auditoriums across the UK and Ireland, including Cineworld Leicester Square.

About 4DX
CJ 4DPLEX is a leading, next-generation cinema technology company, headquartered in Seoul with international offices in Los Angeles and Beijing. The company has created innovative film technologies for theaters worldwide that include ‘4DX’ and ScreenX’ for consumers to experience films in ways that were never before possible. 4DX provides moviegoers with an innovative multi-sensory experience, allowing the audience to connect with movies through motion, vibration, water, wind, snow, lightning, scents, and other special effects that enhance the visuals on-screen. Each 4DX auditorium incorporates motion-based seating synchronized with 21 different effects and optimized by a team of skilled editors, maximizing the excitement of the movie, beyond the limits of audio and video.

More than 660 films have been screened in 4DX.