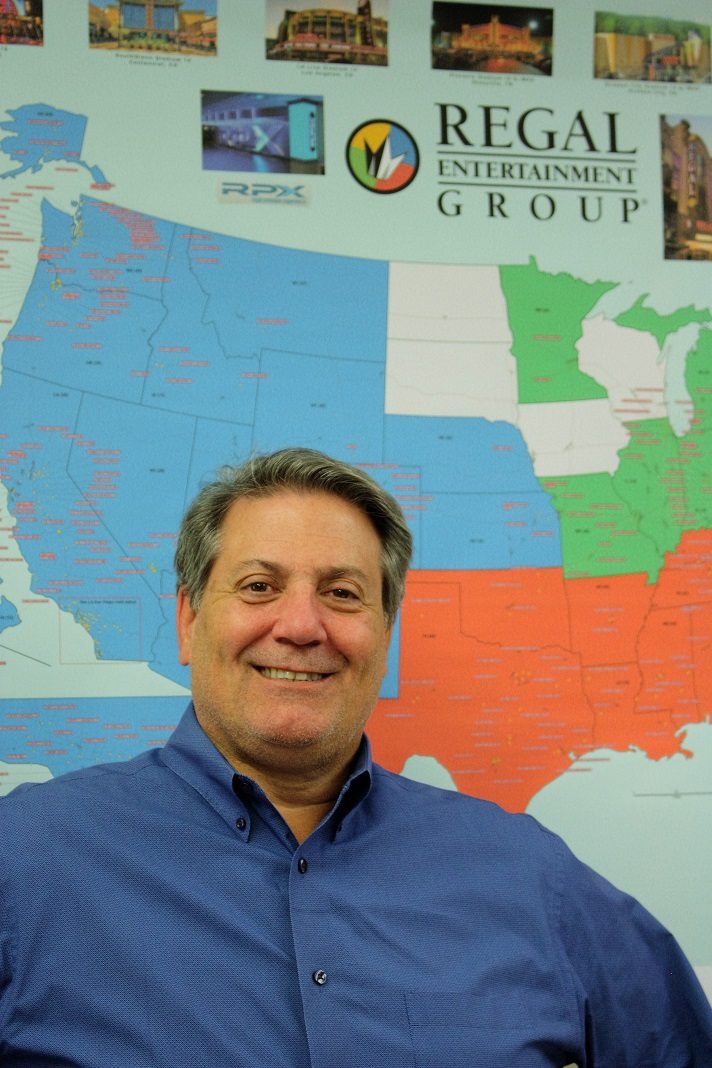 Randy Smith, Senior Vice President, Chief Administrative Officer and Counsel for the Regal Entertainment Group, will receive this year’s “Al Shapiro Distinguished Service Award” at ShowEast. Smith will be presented with this special honor as a part of the Final Night Awards Ceremony hosted by the Coca-Cola Company on Thursday, October 26 at the Loews Miami Beach.

Each year, the Al Shapiro Distinguished Service Award honors a person who represents the ideals and standards that the late Al Shapiro set during his unparalleled career. The award epitomizes his dedication, care and concern for the betterment of people within the motion picture industry.

“We could not have chosen a more deserving individual to recognize with this year’s Al Shapiro Award,” said Andrew Sunshine, Vice President of the Film Expo Group. “Smith’s passion for working with disability advocacy groups and individuals is to be commended and celebrated.”

“I was immediately impressed with Regal’s management and their dedication to employees, assisting others via the Trade Association (NATO) and their numerous philanthropic endeavors,” said Randy Smith. “I believe life is about opportunities and taking advantage of them to help others. Regal and NATO have provided me untold opportunities to give back to the individuals I have been blessed to become affiliated during my life.”

Smith received his B.A. degree from the University of Louisville in 1984 and his J.D. from the University Of Louisville Brandeis School Of Law in 1989. In the beginning of his career, Smith focused his private practice as a litigator, primarily in the areas of Civil Rights and traditional Labor Law and remains licensed to practice in Kentucky, Indiana and Tennessee state courts as well as the United States Supreme Court.  He was formerly a partner in the law firm of Pitt, Fenton & Smith where he represented Regal Cinemas’ interests for approximately six years.  In 1998, Smith walked away from his private practice and became in-house counsel at Regal Cinemas, which later became Regal Entertainment Group.

During Smith’s tenure at Regal, he and his team have led numerous initiatives that positively impacted the company’s operations. These included spearheading a safety first focus to ensure the safety of its guests and staff and in doing so reduced in theatre slip and falls by 75%, created a first class training program for Regal, Regal Entertainment University, enhancing the safety of guests from criminal  activity, , and assisted with negotiating a historic joint accord with the major deaf advocacy groups and NATO to establishing meaningful access regulations with the Department of Justice.

Smith also directed the rollout of the Sony Entertainment Access System that was introduced to American moviegoers exclusively by Regal in April 2012. The idea that the program flourished into was one that was held close to Smith’s heart in honor of his son Ryan, who was born deaf. The system includes specially designed lightweight eyewear for guests who are deaf or hard of hearing to privately view closed captioned text directly in their line of sight for both 2D and 3D movies. This assistive technology can accommodate headphones or neck loops connected to the wireless receiver to hear descriptive audio tracks for patrons who have low vision or those who are blind. The access glasses and audio headsets allow guests to individually enjoy the cinema experience in a relaxed, natural way without the inconvenience of separate screening times or special seating.

Upon Joining Regal, Smith soon became associated with Stan and Jody Reynolds who introduced him to Variety the Children’s charity.  With their mentorship, Variety of East Tennessee was formed in 2001 and has raised millions of dollars for the children of East Tennessee. In addition to his work with Variety, Smith also sits on the Board of the Regal Foundation, the philanthropic arm of Regal Entertainment Group.  While Smith credits numerous people for his success, he acknowledges that none of it could have been accomplished without the love and support of his family. “To the extent I am worthy of this recognition, it is primarily because of the lessons learned from my parents, my siblings and, most importantly, my wife of 32 years, Patty, and my children Ryan and Matthew with whom I am very proud and who have supported and inspired me throughout my career.”