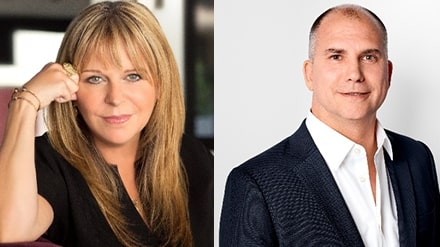 New York (April 22, 2019) – Mark Viane, President of International Theatrical Distribution, and Mary Daily, Co-President, Worldwide Marketing & Distribution at Paramount Pictures have been named as the 2019 recipients of the “International Distributor of the Year” award at CineEurope. The award will be presented as part of the CineEurope Awards Ceremony hosted by the Coca-Cola Company on Thursday, 20 June, at the Centre Convencions Internacional Barcelona (CCIB) in Barcelona, Spain.

Daily joined Paramount Pictures in 2017 as President of International Theatrical Marketing and Worldwide Home Media Entertainment. In her International Theatrical Marketing role, Daily jointly ran Paramount’s international division across Asia, EMEA and Latin America. In that role, she was responsible for the strategic development and implementation of all marketing, creative, publicity, media, and digital campaigns for the studio across 67 territories. In her current role, Daily is responsible for the design, development, and implementation of all elements of marketing including strategic approach, creative advertising, publicity, digital, research, partnerships, content creation and distribution strategies for Paramount Pictures’ global theatrical releases.

About CineEurope
CineEurope 2019 will take place 17-20 June at the Centre Convencions Internacional Barcelona (CCIB) in Barcelona, Spain. CineEurope is the longest-running and most successful European convention and trade show for Major, Regional, and Independent cinema professionals. CineEurope will feature exclusive screenings and product presentations of upcoming films, sponsored events, timely and informative seminars and the CineEurope Trade Show. CineEurope is the Official Convention of the Union Internationale des Cinémas/International Union of Cinemas (UNIC).