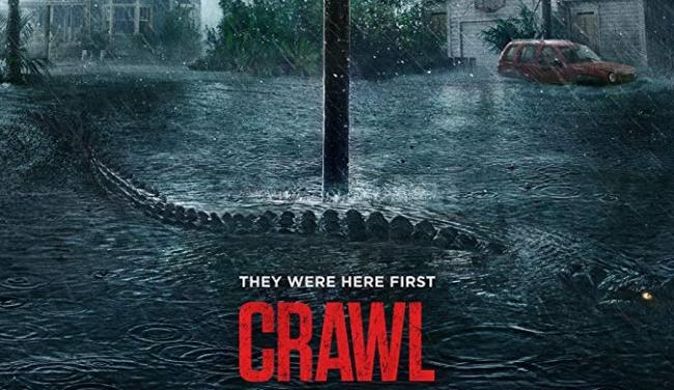 Crawl to be the Third Paramount Pictures Title to be Released in the Multi-Sensory Format; Additional Titles Will Be Announced Later This Year

The summer release of Crawl builds on successful past releases with Paramount including A Quiet Place, Mission: Impossible – Fallout, Bumblebee and Pet Sematary. Crawl is directed by Alexandre Aja (The Hills Have Eyes) and produced by Sam Raimi (Don’t Breathe, Evil Dead) and Craig Flores (300).

When a massive hurricane hits her Florida hometown, Haley (Kaya Scodelario) ignores evacuation orders to search for her missing father (Barry Pepper). Finding him gravely injured in the crawl space of their family home, the two become trapped by quickly encroaching floodwaters. As time runs out to escape the strengthening storm, Haley and her father discover that the rising water level is the least of their fears.

“We are thrilled to announce the addition of Crawl in our lineup this year. It will be the perfect addition to our summer slate where we know 4DX will amp up the horror and action beats, adding water, motion and all the effects, giving the film a full 4DX treatment. It’s going to be an incredible experience for moviegoers this summer to watch Crawl amplified in 4DX,” JongRyul Kim, CEO of CJ 4DPLEX.

“We can’t wait to share Crawl in 4DX with audiences this summer and expand our partnership with CJ 4DPLEX,” said Mark Viane, President of International Theatrical Distribution at Paramount Pictures. “Paramount Pictures is always looking to create new and engaging experiences for audiences, and we are excited to utilize new technologies like 4DX to showcase great stories in unique new ways.”

CJ 4DPLEX’s 4DX innovative theater technology enhances the on-screen visuals of action-packed blockbusters and haunting horror films, transcending the traditional cinema experience through special effects including motion-synchronized seats, wind, fog, rain, lightning, snow, bubbles, vibrations, and scents. The result is one of the most immersive cinema formats in the industry, drawing fans into the action on the big screen. 4DX currently reaches more than 644 locations worldwide, with 21 of those locations in the United States.

About CJ 4DPLEX
CJ 4DPLEX is a leading, next-generation cinema technology company, headquartered in Seoul with international offices in Los Angeles and Beijing. The company has created innovative film technologies for theaters worldwide that include ‘4DX’ and ‘4DX with ScreenX’ for consumers to experience films in ways that were never before possible. 4DX provides moviegoers with an innovative multi-sensory experience, allowing the audience to connect with movies through motion, vibration, water, wind, snow, lightning, scents, and other special effects that enhance the visuals on-screen. Each 4DX auditorium incorporates motion-based seating synchronized with 21 different effects and optimized by a team of skilled editors, maximizing the excitement of the movie, beyond the limits of audio and video. More than 650 Hollywood and local titles have been screened in 4DX. To date, more than 75,000 4DX seats operate in 644 auditoriums, spanning 64 countries.

CJ 4DPLEX was named Most Innovative Company of 2017 and 2019 in Live Events by Fast Company, and its technology has been recognized with Silver at the Edison Awards in the Media and Visual Communications-Entertainment category in 2015 and 2018. For more information, please visit www.cj4dplex.com.