Paramount and Fandango Partner to Present Elton John Musical, “Rocketman,” in Theatres for May 18 Screening Two Weeks Before Release Date 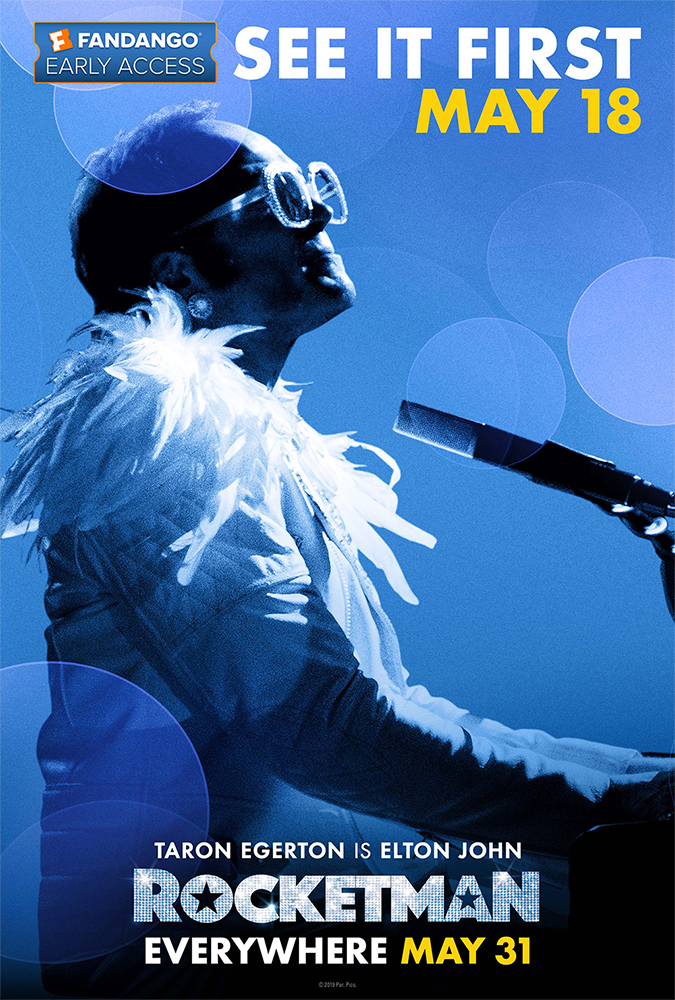 Fandango VIP Members Can Enjoy “Rocketman” on May 18 as Part of Fandango’s Early Access Screening Program at Hundreds of Locations Nationwide; Tickets on Sale Today

Fandango, the leading digital network for all things movies, is teaming up with Paramount Pictures to offer early access screenings on May 18 of “Rocketman,” the musical fantasy about the life of Elton John, directed by Dexter Fletcher, written by Lee Hall and starring Taron Egerton, Jamie Bell, Richard Madden and Bryce Dallas Howard. Tickets for this limited engagement go on sale today, exclusively for Fandango.

Fandango’s Early Access Screening program is part of the company’s ongoing commitment to eventizing movies and delivering unparalleled moviegoing experiences to fans. Fandango has a long tradition of working with studios and filmmakers on programs to surprise and delight moviegoers, and this is the third of multiple advance screenings that Fandango has planned for 2019. In February, Fandango offered Early Access Screenings for DreamWorks Animation’s “How to Train Your Dragon: The Hidden World” and, in March, for Warner Bros. Pictures’ “Shazam!”

“We’re proud to team up with Paramount Pictures to host Early Access Screenings for ‘Rocketman,’” says Fandango President Paul Yanover. “Our first two Early Access Screenings generated great buzz for ‘How to Train Your Dragon: The Hidden World’ and ‘Shazam!’ We think Fandango VIP members and fans will be delighted to have the opportunity to see this highly-anticipated Elton John musical fantasy two weeks before its release date.”

Tickets for the film’s May 31 wide release also go on sale today.