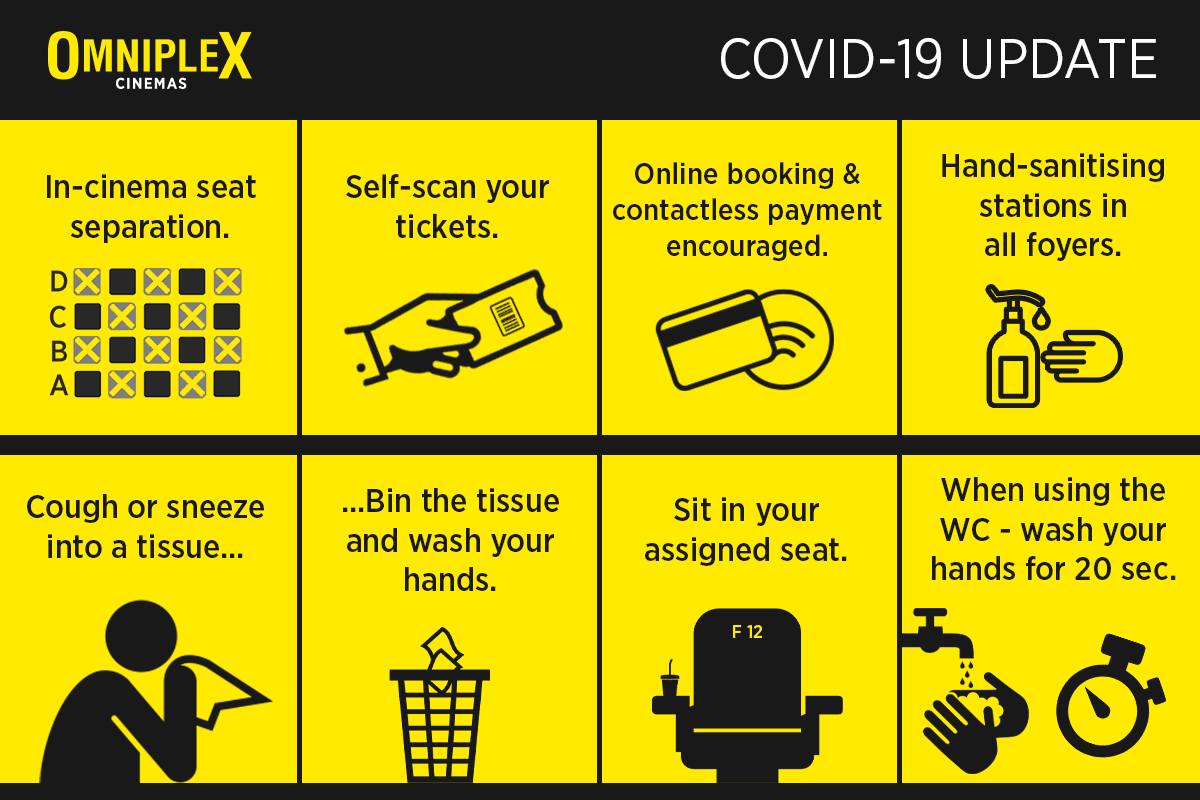 Dublin, Ireland (March 10, 2020) – Today, Omniplex Cinemas have announced that after a thorough risk assessment and analysis of the global cinema market, they will implement ‘In-Cinema Seat Separation’ as part of their measures to encourage effective Social Distancing in cinemas. Other measures include Self-Scanning of Tickets, Increased Cleaning Regimes and Hand Sanitising Stations in every cinema foyer.

In-Cinema Seat Separation is the cornerstone of the plan, whereby every second cinema seat will be unoccupied in a checkerboard pattern.

Mark Anderson, Director said ‘In-Cinema Seat Separation will give 1m separation between each guest, as recommended by the WHO for social distancing. By reducing our capacity by 50% we hope to give cinemagoers peace of mind when attending the movies.’

For showtimes and to book tickets, visit www.omniplex.ie

About Omniplex Group
Fully Irish owned by the Anderson family, Omniplex is the largest cinema chain on the island of Ireland, with over 245 screens in 32 locations. The opening of Omniplex Shannon comes in line with a major investment program in the West of Ireland with cinema plans in Ballinasloe, Galway & Killarney and in the Midlands in Longford, Mullingar & Roscommon.