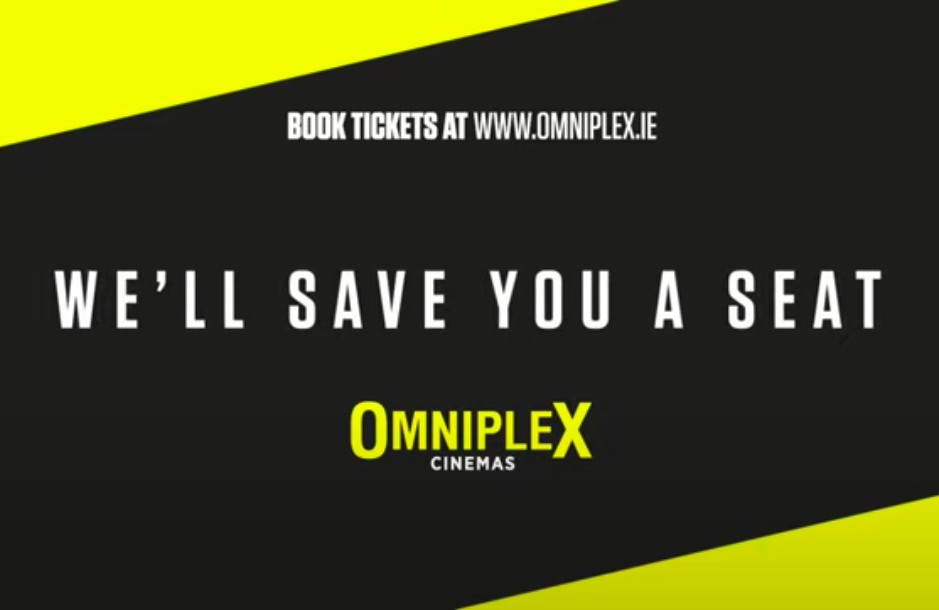 Omniplex Cinemas are proud to release their tribute video to cinema in 2020, penned to finish with an emotional ‘We’ll save you a seat’ which can be found at https://youtu.be/fwyp8-HmycY

The cinema industry has been significantly impacted and changed this year, and with projectors powering up this month we’ll all get a chance to escape to the movies this Christmas.

Shauna Crawley, Marketing & Loyalty manager for Omniplex Cinemas said; “Like a lot of industries, we’ve had to adapt to ‘new normal’ this year and we’re delighted to have our doors open so we can enjoy a safe cinema trip this festive period. Cinema has always been a place where we can escape; where we can feel normal, feel emotional, and feel a sense of community. Things are different now, but that magical moment when the lights go down to bring you on an adventure is just the same, and maybe, even a little sweeter than it was before.”

Omniplex Cinemas have a diverse line up to keep us entertained this December including “Wonder Woman 1984”, “Pixie”, “Wolfwalkers”, “Elf” and of course “Home Alone” coming soon!

The cinema group has also launched their ‘Collect’ service nationwide that allows you to pre-book your cinema treats in advance so you can simply scan your QR code, collect your snacks and get settled in your seats with ease.

Tickets and showtimes can be found at www.omniplex.ie

We’ll save you a seat.

About Omniplex
Omniplex Cinema Group is a diverse leisure and entertainment company, primarily consisting of cinema operations and leisure orientated property investments. Fully Irish owned, Omniplex is the largest cinema company operating on the island of Ireland, with over 250 screens in 33 locations. In addition to the latest blockbuster films, Omniplex also show one off productions, opera, live sporting events, musicals, concerts and ballet. Consistency, highest level of customer service and diverse scheduling, all in a clean and welcoming environment is at the core of Omniplex’s operating goals. Omniplex Cinemas have become the standard bearer for multiplex facilities, hosting the latest in projection and digital sound technology. Omniplex Mahon Point Cork remains the third highest grossing cinema in the Republic of Ireland while Omniplex Lisburn is the highest grossing cinema in Northern Ireland.