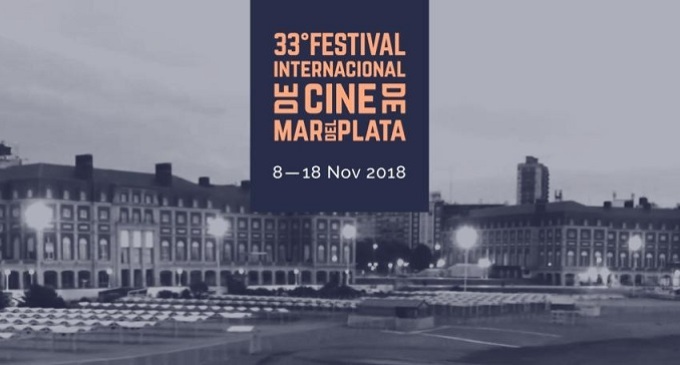 The 33rd Mar del Plata International Film Festival is organized by the National Institute of Cinema and Audiovisual Arts, INCAA, and is accredited by the Fédération International des Associations des Producteurs de Films (FIAPF). Its main venue is the Auditorium Theatre – located at Boulevard Marítimo, city of Mar del Plata, province of Buenos Aires – where the opening gala, closing night and official competition screenings were held.

This year the festival consisted of more than 400 screenings across 10 venues. There were almost 300 titles chosen from 35 countries. There were also many special activities, including master classes by Lucrecia Martel, Jean-Pierre Léaud, Valeria Sarmiento, Patricia Mazuy, Léos Carax and Mark Berger.

“Overall, we had a great experience using Qube Wire. Being our first time with the platform, and purposely encouraging producers and distributors to use digital delivery for their movies, we found a great support from the Qube team and their local partner Full Dimensional Entertainment SA. Most of the deliveries were smooth and every issue that cropped up was dealt with quickly and carefully at the same time. We are looking forward for extending our collaboration in the future.” commented Ariel Ledesma Becerra, Technical Coordinator of Mar del Plata Film Festival.

Full Dimensional Entertainment SA is a partner of Qube Cinema in Latin America and it was one of the first companies to provide DCP mastering in Latin America. The company’s founder, Sergio Neuspiller, is one of the biggest promoters of digital cinema in this region. Full Dimensional Entertainment SA in association with Celuloide Digital SA represents, installs, and provides local support for some of the leading global brands like Dolby, NEC, JBL, Crown, Severtson, and Klipsch.

“Understanding the difficulties of content delivery in our region, we had been testing and evaluating satellite and fibre optics solutions for electronic DCP distribution for the last six years,” said Sergio Neuspiller, President of Dimensional Entertainment SA, “We found that Qube Wire was the only solution which was able to cover the dramatic differences found in different regions and countries of South America. Qube Wire offered enough flexibility to be effective for a small local movie and a big Hollywood release. We are proud to be Qube Wire’s local partner and we are doing our best to let producers, distributors and exhibitors know the benefits of this amazing electronic delivery platform.”

The Qube Wire network for movie distribution has now expanded to 134 countries, including both developing and mature markets. The platform’s newest features include broadband and satellite delivery to theatres, Wire Safe™, SMPTE FLM format support, and What’s-on-Wire (WOW).

About Qube Wire
Qube Wire is a self-service, single-window system for global theatrical distribution. With a simple but comprehensive user interface, distributors can manage their digital cinema assets, assign territorial rights for their content and have their Digital Cinema Packages (DCPs) and keys (aka Key Delivery Messages or KDMs) delivered to movie theatres throughout the world. Theatres can manage their own digital cinema device details and access their Universal Inbox on the Qube Wire service as well.

To sign up for the Qube Wire service, visit www.qubewire.com

About Qube Cinema, Inc.
Qube Cinema,Inc. is a provider of end-to-end digital cinema technology and solutions. The company draws on decades of experience in cinema and provides a seamless digital environment for exhibitors, filmmakers and post-production companies with DCI compliant products that are flexible, reliable and cost-effective.

About Mar del Plata Film Festival
The 33rd Mar del Plata Film Festival is organized by the National Institute of Cinema and Audiovisual Arts, INCAA, and it is accredited by the Fédération International des Associations des Producteurs de Films (FIAPF), being its main venue the Auditorium Theatre -located at Boulevard Marítimo, city of Mar del Plata, province of Buenos Aires-, where the opening gala, closing and the screenings of the Official Competition films was held.

The goal of the Festival, given its international nature, was to show a substantial and assorted number of foreign feature films and to welcome their corresponding delegates, thus contributing to the development of culture and international film industry and its promotion in Latin America. In addition, the Festival is intended to serve as a springboard for the local film industry that, after over a century, is heading towards artistic and technical renewal.