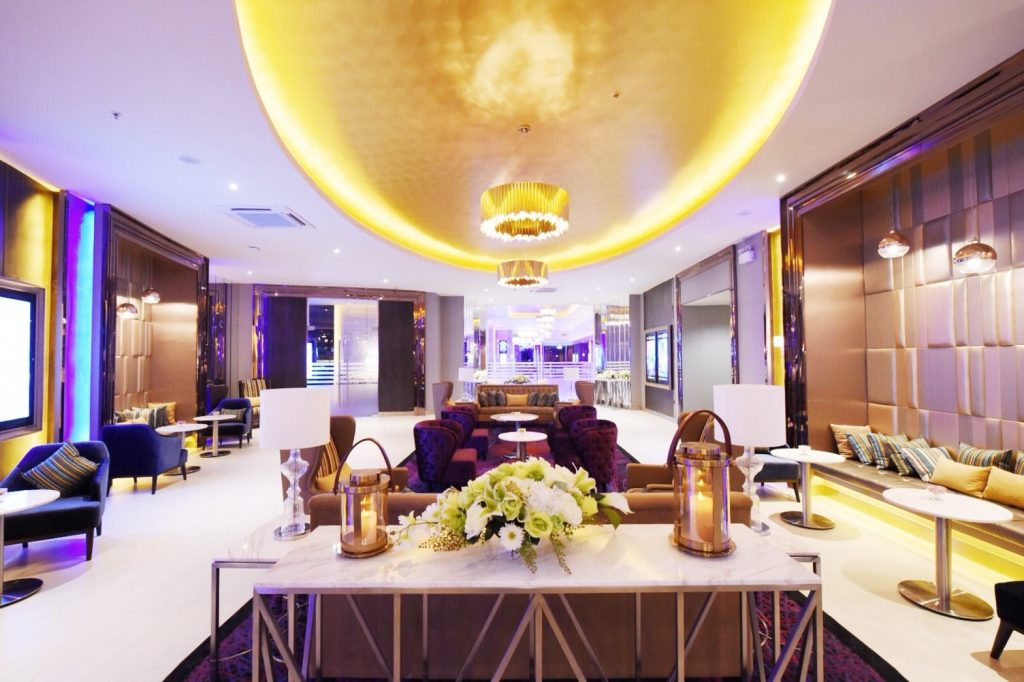 Major Cineplex Group PCL. expands its geographical business to the flourishing CLMV. The latest cinema of Major Cineplex located in Aeon Mall 2 has been in service in Cambodia with 9200 sq. m. in area. It is considered to be the highest investment in theatre construction ever happened in Cambodia with up to 500 million baht by tagging along both Thai and Cambodian alliance group; SMART the number 1 Telephone Network and Communication provider in Cambodia partnered to naming the branch, with CAMBODIA BEER, the leading alcohol beverage manufacturer and distributor locally to own the naming of IMAX Theatre and Blue-o Bowling, Prince Finance the financial leasing provider in Cambodia also partnered in naming the VIP Theatre. Besides the alliance in Cambodia, the partnership with major companies in Thailand is also formed with CP Group, Honda Motorcycle, Dutchmilk, and more. The grand opening was officially launched recently in May 30, 2018.

The VIP Theatre at Aeon Mall 2 is not only the most luxurious in Cambodia, but also the most lavish experience offering outside Thailand. The VIP theatre exclusively provides the private lounge with world class beverage served in the surrounding of special top-notch design. The sumptuous atmosphere gives the sensation as if the millionaires’ living room with six-star service from Movie Concierge guaranteeing the most pleasurable and unforgettable movie time journey every time.

The special highlight flashes over the ultimate IMAX Theatre System, furnished with the one and only giant screen size higher than 6-floor building. The latest innovative technology provides double projector resulted in the sharper, brighter, better digital sound system like never before. The surround sound system is empowered giving 10x better than the regular theatre, elevating the five senses during movie time. Additionally, e-Ticket system for seat reservations to provide the optimal customer experience in every touchpoints and achieve customer highest satisfaction where waiting time on queue for seat booking is waived.

Major Cineplex Group PCL. anticipates the number of audiences at Aeon Mall 2 at 120,000 people on a monthly basis with the estimated growth rate at 15% annually. This is given to the successful financial performance of Aeon Mall 1 in 2017, which clearly remarked our accomplishment with the tickets sold more than 1.3 million tickets altogether from 7 theatres. This new cinema to open in Aeon Mall 2 is considered to be the 4th theatre in Cambodia, after our popularity gained from the first three theatres at Aeon Mall 1, Sorya Center, and Major Cineplex Siemreap comprising of 17 screens and 5,000 seats in capacity.

Furthermore, Major Cineplex Group PCL. continually progress its expansion to cover all the neighboring countries; Cambodia, Laos, Myanmar, Vietnam targeted to achieve 100 screens within 2020. Adding the new theatre in Cambodia will add up the current international portfolio to be 34 theatres; 25 in Cambodia and 9 in Laos.

By the end of 2018 the golden year of Movie Industry, taken into account the blockbuster movies parading all year round from Avengers Infinity War hitting the phenomenon revenue, following by Antman and the Wasp , Aquaman, and Jurassic World the fallen kingdom.