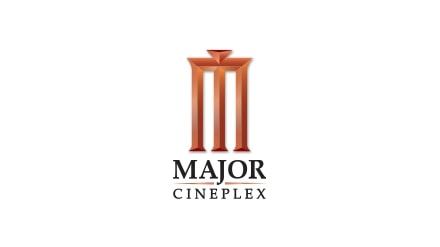 NEW YORK (September 19, 2018) – Major Cineplex will receive the “Cinionic Technology Innovator of the Year Award.” This year’s edition of CineAsia is being held in Hong Kong from 10-13 December.

“As the leader in digital technology solutions in cinema, it is only fitting that the first Cinionic award goes to Major Cineplex as they are a global leader in the innovation of cinema standards,” said Andrew Sunshine, President of The Film Expo Group. “We could not have thought of a more deserving recipient of this award in 2018.”

Under Vicha Poolvaraluk’s leadership, Major Cineplex is looked upon as Thailand’s leading innovator in cinema standards. In addition to being ahead of the game with the latest trends and technologies, Major Cineplex is at the top when it comes to communication and services. Major has achieved quite a bit in 24 years and has proven its stance as a leader in the Global Entertainment Industry.

Some of their accomplishments include being the first exhibitor in the world to install ScreenX outside of the CGV network; becoming Thailand’s first IMAX cinema in Southeast Asia in 1998; and featuring 4DX format, being the third cinema operator worldwide.

“Building on the heritage of Barco, technology innovation is at the core of what we do,” comments Wim Buyens, CEO of Cinionic. “Major Cineplex truly elevates the movie experiences for their customers. We’re honored to award them as our technology innovator of the year.”

About Cinionic
Cinionic is transforming cinema, providing comprehensive WOW entertainment solutions to movie exhibitors across the globe. We help turn imagination into reality and ensure peace of mind for our customers by offering innovative services and flexible use of capital for a new era. Combining the technology expertise and heritage of our partners, Cinionic powers exceptional experiences across the entire theater to engage visitors at multiple touchpoints in their cinema journey.

Cinionic is a joint venture among Barco, Appotronics, and CFG, with offices in the United States, Belgium, Hong Kong, and Mexico; the legal entity is planned to take effect end of 2018. Visit www.cinionic.com and follow us on Twitter, LinkedIn, Facebook or YouTube for more info.