Major Cineplex Launching Their Latest Masterpiece, ICON CINECONIC, Together With 13 Screens, 1 Living Room and all Laserplex. 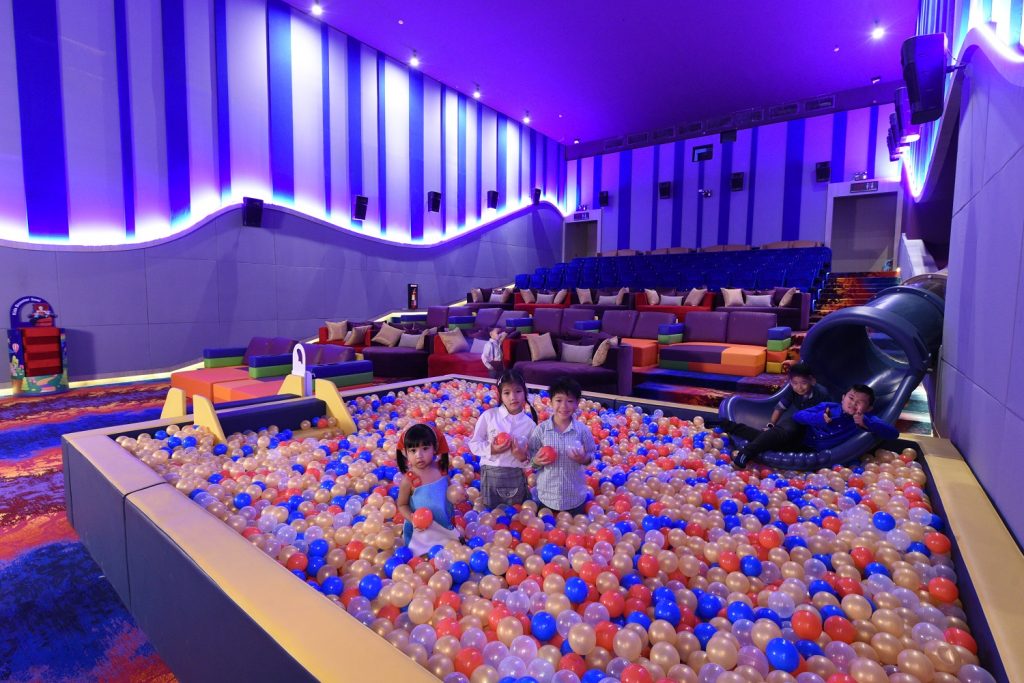 Major Cineplex Group has been launching their brand-new flagship, ICON CINECONIC, as the world class cinema under the concept of ‘Futuristic tradition’ located in the fabulous shopping mall ICON SIAM floor 6, 7, and 8

Mr.Visarut Poolvaraluk, Director of Major Cineplex Group PLC., has said that the company is dedicated their time and effort to create the world masterpiece, ICON CINECONIC, intend to give their customers the end year gift to get the world best cinema experience. Along with the world class designer Mr.Diego Gronda from famous design studio that has create many of the world masterpiece such as Kodak Theatre, a venue where the OSCARs award has been given, Paragon Cineplex, Quartier Cineplex, and MEGA Cineplex where mentioned locations has given the luxury taste to the customers, hence Major Cineplex Group can ensure that ICON CINECONIC is going to be the designed masterpiece. The ICON CINECONIC consist of 13 screens which are 1 VIP screen , 1 IMAX screen , 1 4DX screen , 1 Kids Cinema, and 9 normal screens and 1 living room screen inclusion they contain 2,781 seats. Furthermore, all the normal screens are coming with Laserplex format which screening with all Laser Projection.

ICON CINECONIC, has target 70% Thais people and 30% foriegner which aged between 18 – 55 years old. The company aim to approach new generation consumers not only the students but also workers who living along Chao Prayah river. Moreover, ICON CINECONIC intend to grab tourist consumers whom stay in the hotel around ICON SIAM as well.

ICON CINECONIC has many features that can distinct itself from other cineplex, the CINECONIC has been designed under the concept of luxury futuristic that compile all the newest cinematic technology along with the artistic taste to serve the consumers needs that attached to technology, the features include…

Smart Ticket Scan and Go, the service where customers can just bring the QR Code from Major Application or E-Ticket and scan through Smart Ticket at the front door.

Laserplex, where all the screen has equipped with Laser Projector which can give more than 3 times sharpness.

IMAX, installed with the new IMAX projector that support High Frame Rate screening that will benefit the picture screening to be smoother and decreasing blurry that will enhance the movie experience.

4DX, brand new 4DX at ICON CINECONIC with the newest effect fog storm and for the first time that 4DX comes with Laser projector that can allow the movie to be brighter, sharper. Also, equipped with the latest JBL that also give the sharpest in theater wherever, you sit.

ICONIC Dine in Cinema, unlock the new experience where you not only enjoy the movie on the VIP Opera Chair but also serve you with special food and beverage from famous restaurant which will serve by your own personal butler.

Living Room Theatre, giving the living room atmosphere just like watching the movie at your own living room, enjoy the private party that you can pick and choose your movie, come along with premium service from exclusive lounge that will serve your favorite food and drink.

Popcorn Bar, the space that let you enjoy the variety of topping. In addition, the bar also serves Thai’s style popcorn such as Satay Popcorn, Crab Curry Sauce Popcorn, which serve only at ICON CINECONIC.

As of ICON CINECONIC grand opening, the new icon of world cineplex. Major Cineplex Group would like to give back to the customers to enjoy year end cinema experiences and celebration for 2019, for the first 50,000 customers who buy the ticket through Major Movie Plus application they will get the special price at THB120 (normal seat) for every movie and every showtime.

At the end of 2018, Major Cineplex has operated in three countries; Thailand, Laos and Cambodia, with the possession of 160 branches in total. 143 branches located in Thailand, 3 branches in Laos and 4 in Cambodia. There are 771 screens with more than 170,000 seats. It continues to expand across Southeast Asian Region.