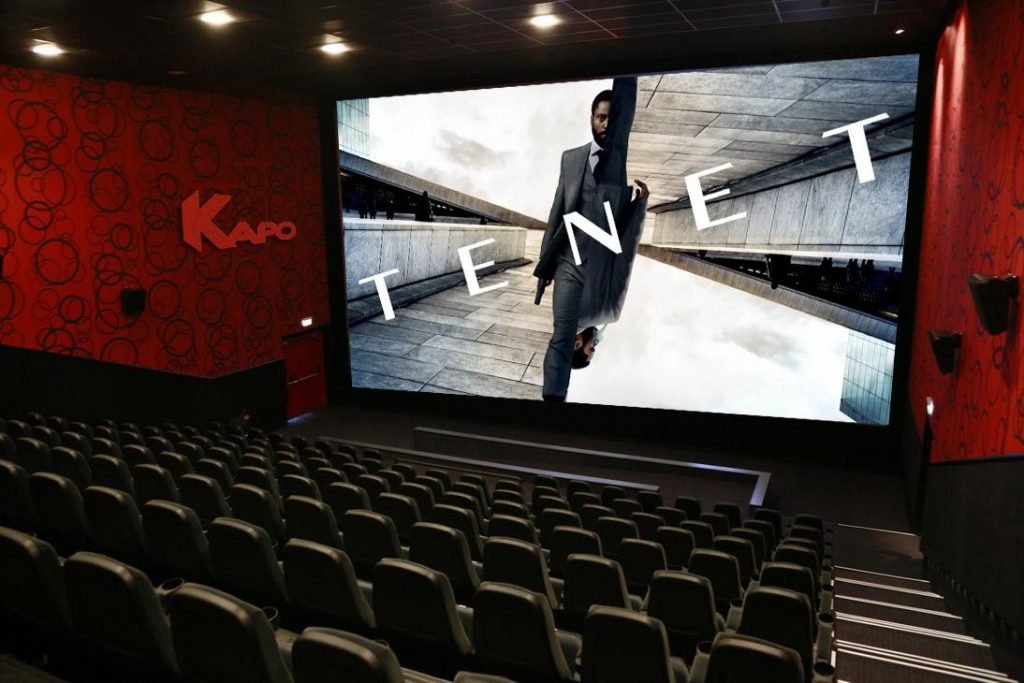 The fantastic Warner Brother’s thriller “Tenet” directed by Christopher Nolan was the absolute leader of the Russian box office at for its opening weekend. According to the data as of early am on Monday, September 7, the film earned 186 million rubles (more than $2.4 million) at the box-office. These figures are not final, a more precise amount will be known later. “Tenet” generated more than 70% of the entire weekend box office for the Russian market which for the first time in the 2020 post-quarantine period exceeded 260 million rubles.

Paul Heth, CEO of Karo Group, said “Despite the fact that only 55% of cinemas in Russia have reopened, the first weekend of “Tenet” earned more than the first weekend of Nolan’s “Dunkirk” in the summer of 2017 (141 million rubles). We forecast continued and prolonged box office success for “Tenet” as word of mouth from our both our patrons and film critics are very positive. In addition to our overall admissions from “Tenet”, we were very pleased to see elevated results from our large format brand experience, Luxe, our Imax venues, and our super premium offering Karo Black”.

Olga Zinyakova, president of KARO cinema chain, said “Tenet” earned almost 38 million rubles on its opening day. This is a record result for films released in Russia after the reopening of cinemas in August. “Tenet” earned more at the box office on it’s opening weekend than the leading films in August earned during their entire theatrical run. All we can say is that Christopher Nolan is more then fulfilling his promise to help our industry return audiences to our cinemas. We are excited to welcome them back. Attendance grew substantially compared to previous weekend. Moviegoers in some of the Russian regions are only about to see the film next weekend as the restrictions from the Health Authorities are being lifted. So, there is every reason to believe that the second weekend for “Tenet” will be no less successful than the first one for this extraordinary motion picture”.

About Russian Cinema Sector
Russia is one of the world’s most dynamic and growing markets for filmed entertainment. Russia cinemas attracted a record 217 million visitors in 2019, the third consecutive year annual admissions exceeded 200 million.

Box office in Russia in 2019 was 56 billion rubles, making it a vital and top 10 overall international theatrical market for major studios and independent producers. Local production accounted for 22% of the overall box office. The success of local production is a major factor in the continued growth and sustainability of the Russian film sector.

About KARO
The KARO cinema chain which was founded in 1997, has set a new standard for the theatrical exhibition industry in Russia. Today KARO is one of the leading, and most technologically advanced cinema chains in the country with 32 modern cinemas and 262 screens in Moscow, the Moscow region, Saint Petersburg, Yekaterinburg, Samara, Kazan, Kaliningrad, Tyumen and Surgut, KARO operates five of Russia’s top ten highest grossing cinemas to include the number one and number two cinemas, KARO Sky 17 at AviaPark and KARO Vegas 22.