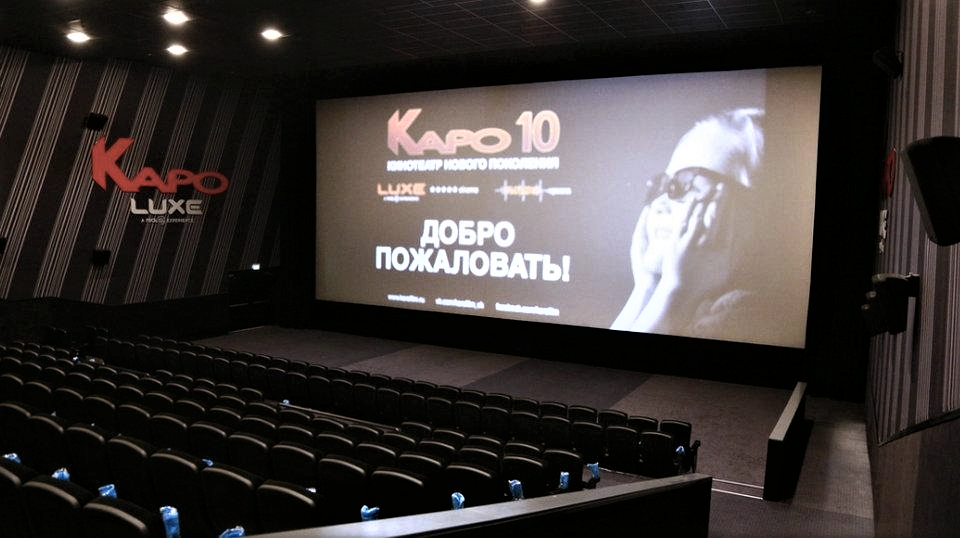 KARO Salaris and KARO Angara will open for patrons on September 3, 2020 in time for the Russian premieres of theatrical blockbusters Warner Brother’s “Tenet”, and Disney Studios “Mulan”. KARO and ADG will jointly manage and operate the locations. The most up-to-date information can be found on karofilm.ru.

Paul Heth, KARO Group CEO said, “We are very excited to collaborate with ADG in bringing KARO “New Generation” cinemas to Angara and Salaris and makes it possible our team to provide a world class movie going experience to even more audiences in our core market of Moscow. Moscow represents one of the top cities in Europe for both cinema admissions and box office. Our relationship for these new KARO cinemas with ADG will now bring us to 23 operating theaters in Moscow and allows us to further increase our market share leadership in this key region of the overall Russian theatrical market.”

Robert Mayson, managing director of ADG’s cinema business said, “having Moscow’s premier cinema brand as a partner to operate these two fantastic new sites is great news! From a strategic, operational, brand and marketing capability, this partnership just makes a huge amount of sense for both sides. We expect these two sites to be the first of many as our collaboration grows. Large scale property developers like ADG rely on high quality respected brands to develop and sustain their business. This is a perfect example of such a relationship.”

The Angara and Salaris cinemas locations are owned by Moscow based real estate developers ADG group who are focused on creating smart urban environments. In 2014, ADG purchased 39 Soviet cinemas to be reimagined and renovated into comfortable multifunctional local centers. The Angara cinema was relaunched in 2019 inside a local, large scale international style mall, and the Salaris cinema is located inside the large-scale shopping and entertainment center of the same name, opened in 2019 in the South-West of Moscow. The cinemas at these centers were previously operated by CJV who recently exited the Russian market.

KARO venues at these sites will present state of the art, high concept of “New Generation” cinemas, each with ultra modern screen, sound technologies and automated ticketing system.

Each KARO location has been reconfigured to allow for both social distancing in the lobby, food and beverage sales area and separated and distanced seating amongst its cinema halls. In consultation with local health authorities KARO has implemented heightened cleaning procedures and elevated sanitation levels. More information on KARO Angara and Salaris cinemas and film scheduling can be found at KaroFilm.ru

About Russian Cinema Sector
Russia is one of the world’s most dynamic and growing markets for filmed entertainment. Russia cinemas attracted a record 217 million visitors in 2019, the third consecutive year annual admissions exceeded 200 million.

Box office in Russia in 2019 was 56 billion rubles, making it a vital and top 10 overall international theatrical market for major studios and independent producers. Local production accounted for 22% of the overall box office. The success of local production is a major factor in the continued growth and sustainability of the Russian film sector

About KARO
The KARO cinema chain which was founded in 1997, has set a new standard for the theatrical exhibition industry in Russia. Today KARO is one of the leading, and most technologically advanced cinema chains in the country with 32 modern cinemas and 262 screens in Moscow, the Moscow region, Saint Petersburg, Yekaterinburg, Samara, Kazan, Kaliningrad, Tyumen and Surgut, KARO operates five of Russia’s top ten highest grossing cinemas to include the number one and number two cinemas, KARO Sky 17 at AviaPark and KARO Vegas 22.

About ADG Group
In 2014, ADG Group acquired 39 outdated cinemas located in Moscow’s densely populated urban areas in order to redevelop them into Neighbourhood Centres – a new commercial real estate asset class. The project’s mission is to revitalize the historical centres of gravity of these locations and to bring new quality of urban life and retail convenience to over 2.5 million Muscovites living in 15-minutes walking distance from these sites.
Neighbourhood centres offer their visitors everything for a quality time spending and proximity shopping, providing all the essentials in convenient and comfortable environment with a superior customer experience and respect to the interests of local communities. The potential of these physical locations is enlarged by the project’s online infrastructure in order to deliver both omnichannel sales and communications.