Kinepolis to Expand Investment in Canada to the US With Acquisition of MJR, a Michigan-based Movie Theater Chain 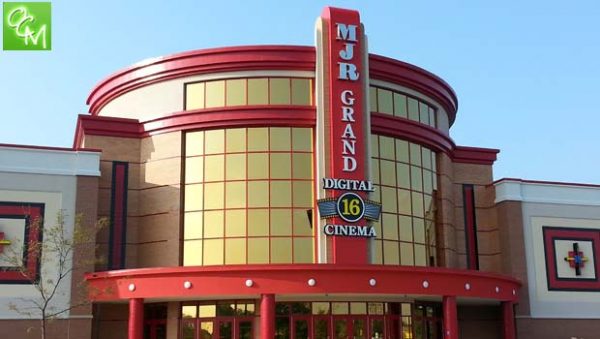 MJR Digital Cinemas, which is privately held and headquartered in Bloomfield Hills, Michigan, operates 10 movie theater complexes with a total of 164 screens and a seating capacity of over 20,000, all located in Michigan. All movie theaters are multi- and megaplexes with a capacity varying from 10 to 20 screens.  In 2018, the 10 movie theaters drew 6.2 million visitors with total revenue of USD 81.2 million.

Seven locations are owned (114 screens), including three on a leasehold site, the remaining three are rented complexes (50 screens). The chain has three megaplexes with 20 screens each, five with 16 screens, one with 14 screens and one with 10 screens. All screens have 5.1 digital surround sound and two complexes feature an ‘EPIC experience’ auditorium combining 4K projection with Dolby Atmos sound. Furthermore, nearly all movie theaters are equipped with recliner seats. These motorized, fully reclinable seats are also very popular in Canada.

Eddy Duquenne, CEO Kinepolis Group: “I’m very proud we have the opportunity to expand our investment in Canada to the US. The successful acquisition of Landmark Cinemas Canada shows we can successfully implement our corporate strategy in another continent and another time zone. The acquisition of MJR fits perfectly into our expansion strategy: geographically, it adjoins Canada; the movie theaters are all multi- or megaplexes, and we also acquire an important real estate position. I’m particularly enthusiastic about the eagerness of the current MJR team to implement Kinepolis’ management vision and customer concepts at the MJR cinemas.”

Mike Mihalich, Founder and CEO of MJR Digital Cinemas: “I was very fortunate to build MJR from the ground up into the tremendous theatre circuit it is today. I am delighted my outstanding supporting cast will continue as part of the larger Kinepolis team to serve our customers with the same high standards my team established and maintained since MJR’s founding in 1999. I am comforted such a high quality operator with shared values will steward MJR into the future.”

The acquisition of MJR, which is subject to U.S. antitrust clearance and other customary closing conditions, fits into Kinepolis’ expansion strategy and allows the Group to expand its investment in the North American market only eighteen months after the acquisition of Landmark Cinemas in Canada. Kinepolis expects to be able to complete the transaction before the end of October 2019.

The acquisition represents an enterprise value2 of USD 152.25 million, which, at an exchange rate of 1.11, equates to an acquisition price of around €137.2 million. The acquisition includes a substantial corporation tax value of over USD 13 million.

Kinepolis will continue to operate MJR under the existing brand name. The movie theater chain, which employs 815 people, will continue to be managed by the current management, which, for the integration, will be supported by the European Kinepolis team and by the Canadian Landmark team.

In total, Kinepolis Group currently operates 97 cinemas (45 of which it owns) worldwide, with a total of 884 screens and more than 175,000 seats. Kinepolis employs 3,800 people, all committed to giving millions of visitors an unforgettable movie experience. More information on www.kinepolis.com/corporate.