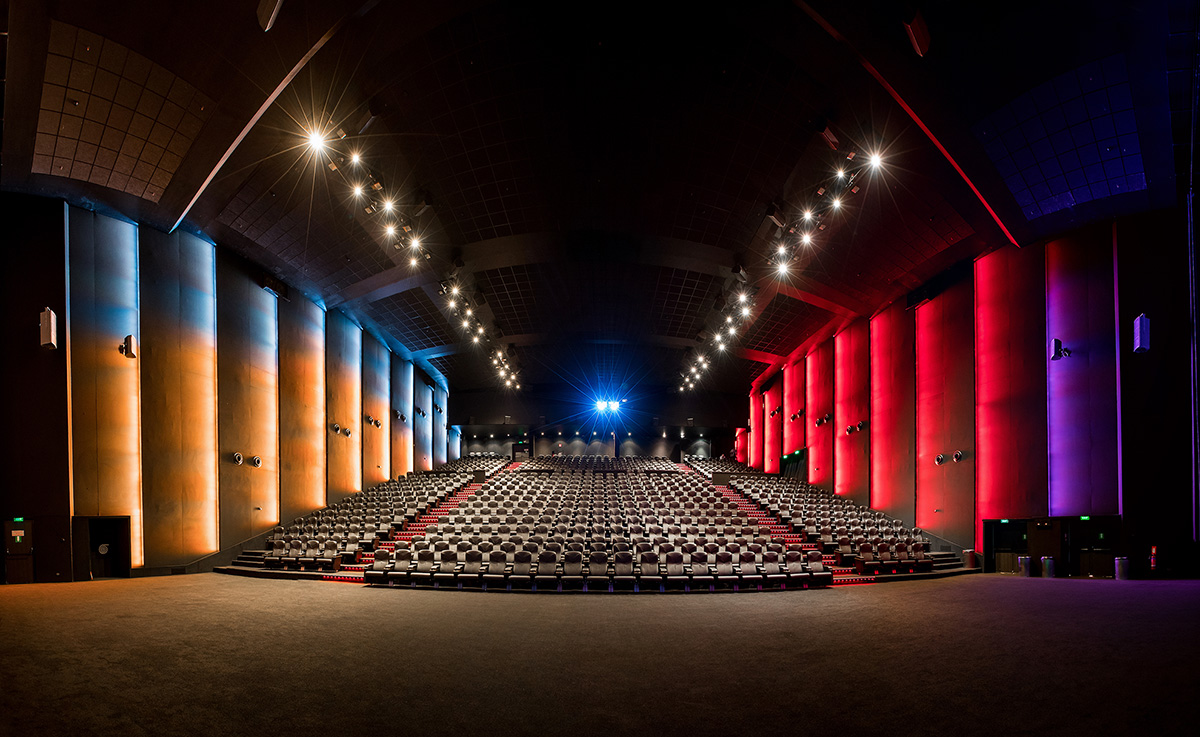 “Our goal was to offer a more enthralling experience by including an immersive multi-dimensional lighting effect,” said Jérôme Michel, Business Development Manager, CinemaNext. “We wanted to be able to create different moods and ambiences that react to the visuals on screen in real time. We’ve had great success with HARMAN solutions in the past, and the VDO Sceptrons were no exception. The fixtures were super easy to configure using the Martin P3-200 controller—it was the perfect solution to accomplish our goals.”

The lighting system CinemaNext installed in Village Cinemas’ Sphera theater is comprised of 160 Martin VDO Sceptron 20 (1000mm) and 30 VDO Sceptron 20 (320mm) fixtures deployed in vertical columns on the left and right theater walls. In order to keep the light from spilling onto the massive 82-foot screen, CinemaNext outfitted the VDO Sceptron fixtures with asymmetric wall-washing lenses. Utilizing a camera that is mounted adjacent to the projector, video signals from the film are mapped onto the VDO Sceptron fixtures via a Martin P3-200 system controller, extending the movie’s visuals off the screen and onto the sidewalls. When the feature film isn’t playing, the entire system is automated with preset lighting effects when guests are entering and exiting the theater, during advertisements and while the credits roll.

“In cinema, contrast is of utmost importance—that’s why movies are shown in dark rooms,” continued Michel. “We wanted to use LED lighting to enhance the colors of the film without threatening the picture contrast. The HARMAN team worked closely with us to maximize the system’s desired effect within the tight deadline. Using the asymmetric lens, Martin VDO Sceptron 20 fixtures made it possible to peripherally stimulate moviegoers sense of immersion without the worry of washing out the picture quality on screen.”

The Martin VDO Sceptron family is a series of linear outdoor-rated LED video fixtures with an extensive range of optical diffusers and lenses for a wide variety of applications. The integrated power and data cabling allows for easy daisy-chaining of fixtures, while the power supply can be located 160 feet away for a clean setup without messy cabling and several driver boxes. CinemaNext’s VDO Sceptron fixtures are driven by a Martin P3-200 System Controller, which enables DVI and SDI signals to be mapped onto the entire range of Martin LED Video products.