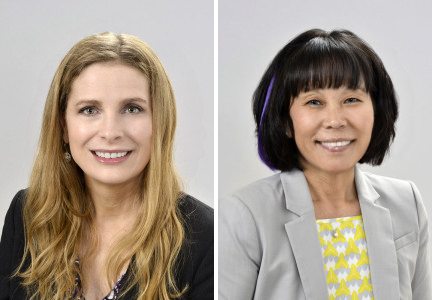 “Darla and Diane are very deserving of these promotions, each having played such key roles in seamlessly building DCDC into the leading theatrical content distribution system in the U.S.,” Mr. Blotky said. “Their contributions are magnified given our small staff, yet in spite of that, we have achieved phenomenal growth across all key metrics. I know we will be in very good hands moving forward with Diane’s and Darla’s continuing leadership in their new positions.”

Today, the specially created network capable of supporting feature, promotional, pre-show and live content distribution into theaters has seen more than a four-fold increase in the number of screens, and has over twice as many theater sites contracted. The tally, a record, now stands at 31,000-plus theater screens in the U.S., spanning over 2,800 theater sites operated by more than 240 exhibitors. Since its inception, the venture has made more than 1 million successful deliveries of features, trailers and other content to its exhibitor customers from its 44 content providers, including all the major studios and other leading providers.

She received her BA degree from the Newhouse School at Syracuse University in the Television-Radio-Film program and an MFA from the University of Southern California, where she attended the Peter Stark Producing Program at the School of Cinematic Arts.

Diane Masuda
Ms. Masuda joined DCDC after having previously managed content distribution via satellite and fiber at Warner Bros. and Deluxe. With extensive experience in broadcast transmission, production and customer relations management, she was responsible for creating the broadcast customer services department for Warner Bros. Technical Operations via the Global Digital Media Xchange.

Additionally, Ms. Masuda served as broadcast project lead for the development and launch of a new distribution platform, Pitch Blue, a joint venture between Warner Bros., Deluxe and CBS that now reaches more than 1,500 television stations.

A graduate of the University of California, Los Angeles, with a BA degree in Liberal Arts, Ms. Masuda continues to serve the university as a volunteer for the UCLA Athletics Development Department.

Maya Polimac
Prior to DCDC, Ms. Polimac served as an executive accounts manager at Warner Bros.’ Global Digital Media Xchange, where she was responsible for managing DVD, Blu-ray and other digital and physical product deliverables for 1,000-plus products, among other responsibilities.

Earlier, from 2006-14, she served as the lead scheduler for the Xchange after having begun her career in 2004 as a production supervisor for ZOO Digital Group (SCOPE SEVEN). A 2003 graduate of the USC Marshall School of Business, Ms. Polimac earned a bachelor’s degree in business administration.

The Network is designed to ensure audiences have the highest-quality entertainment experience, while exhibitors and content providers achieve a strategic, secure and cost-effective new distribution model. As electronic digital distribution replaces the use of traditional physical media for content distribution, users of the DCDC Network have access to a host of delivery options and resources.